Young people tend to break into the work force at some sort of restaurant.  The idea of free food, drinks or both is enticing.  One of my favorite parts in this occupation was taste testing, giving out samples to customers as well as trying new items on the menu.  Only when you take a bite can you explain to others what to expect.

Now the serpent was more crafty than any of the wild animals the LORD God had made. He said to the woman, “Did God really say, ‘You must not eat from any tree in the garden’?”- Genesis 3:1

In the case of Eve, one item was forbidden, banned from her daily diet of fruit and vegetables.  Despite this knowledge, an evil voice whispered, promising enlightenment for those who indulge.  After considering this, a second glance planted the seed of lust within her heart.  Without any resistance from her husband, Eve participated in the first taste of sin.

“For God knows that when you eat from it your eyes will be opened, and you will be like God, knowing good and evil.”- Genesis 3:5

While the settings have changed, a similar voice exists today.  However, the message isn’t focused on food for the soul.  Rather, this taste test involves a flesh hungry for pleasure.  Unfortunately, this experience is only temporarily satisfied, craving more and more with each encounter.  Guilt, shame and sorrow are common aftertastes.  However, only when you gather the courage to say no, can you escape the trial of destruction awaiting the addicted.  May you have the resolve to avoid the second glance and experience victory over temptation.

Tired of negativity and pessimism within society?  Ready for the tide to turn in your direction this year?  Well, the answer can be found in the center of the Bible.

If your law had not been my delight, I would have perished in my affliction. – Psalm 119:92

The various distractions you encounter can easily shift one’s attention away from the positive aspects in life.  Thus, the saying misery loves company becomes a self-fulfilled prophecy.  If minds continue to dwell on afflictions, the desire to live will fade, resulting in a state of pity heading toward the road to destruction, Matthew 7:13.

Delight thyself also in the Lord; and he shall give thee the desires of thine heart. – Psalm 37:4

However, if you begin to cling to the promises of the Bible, drawing near to the Lord, affliction will be replaced with peace, Job 22:21.  While you can’t control the hand you are dealt in life, you are responsible for your attitude.  Therefore, you can choose to embrace God’s laws or endure affliction.  May your feet find the path that leads to delight.

Direct me in the path of your commands, for there I find delight. – Psalm 119:35

Double Trouble: One Foot in Heaven and the Other in Hell

Anna Chapman, Klaus Fuchs and Frank Abagnale Jr. all have one thing in common, each lived a secret life as a spy for years until eventually having their cover blown.  Even in a normal day to day setting, the desire to be accepted socially does persuade some to become fake, afraid that others will reject who they really are.  Thus, when a student enters college as a freshman, some chose to blend in, living a double life.

I fell into this trap during the years at the University of Delaware.  For a semester, I was one of the most popular freshman on campus, known as one of the 4 horsemen, getting all the invites to parties, hanging out late and playing sports on “the Beach” in place of studying.  When no one was looking, I snuck out of my dorm to attend the Fellowship of Christian Athletes meeting once a week as a close Christian.  Essentially, I limited my faith to once a week, for an hour, with one foot in heaven and the other in hell.

Unfortunately, this cycle repeated itself during my senior year of college.  Although my faith was not hidden at school, the summer provided a leave of absence from God, indulging in the pleasures on earth.  While not everything I did was evil, I spent too much time dangling on the fence.  I was the epitome of lukewarm, following in the footsteps of the church at Laodicea, Revelation 3:15-16.  This act of double trouble forced me to make a decision, should I stay or should I go?  Though it has not been smooth sailing, I’d rather be on a narrow path than a road that leads to destruction, Matthew 7:13-14.

When It Rains… It Pours

On the surface, some people appear to have bad luck.  If its not one thing, another quickly turns for the worse.  Unfortunately, too many of us on earth know the expression, “when it rains, its pours.”

Trials don’t wait for a convenient time to show up.  Rather, out of the blue and unannounced, these disappointing events inflict anguish, heartache and sorrow.  Like a snow ball thrown off of a mountain, avalanches form creating a wall of destruction headed toward innocent bystanders.  These freaks of nature don’t stop until its energy has been exhausted.

Similar to a fire drill, Christians should be prepared for the next hurricane.  However, spiritual storms aren’t limited to a few months out of the year.  Instead, every day pop up thunderstorms are possible, ripping the foundations out from those not ready, Matthew 7:24-27.  May the promise of Psalm 34:18 encourage anyone who is currently stuck in stationary showers that don’t seem to be letting up.  Hang in there, don’t give up and cling to the Lord, Philippians 4:13.

The Purging of Fools

According to Webster, a fool demonstrates imprudence, silly behavior and unwise acts.  Today, it doesn’t take much effort to recognize foolishness in our culture.  Idiots, imbeciles and morons are making millions as reality TV stars.  Whether its the annoying person on Survivor, the American Idol contestant who can’t sing a lick or drunks on Moonshiners, some where along the way being foolish is now cool, especially if you can amuse others with laughter.

If there was an uncensored version of the Bible, I’m sure Moses muttered numerous things under his breath as he tried to lead a nation of fools into God’s promised land.  As Moses and Joshua listened to God for 40 days, providing guidelines for life, Aaron was holding down the fort as the high priest of Israel until they returned.  Like the blind leading the blind, Aaron panicked, failed to demonstrate leadership and broke the first 2 commandments by creating a golden calf in Exodus 32.  While most pastors stop their sermons here, I’ve never heard anyone speak of the purging of fools.

When the principle enters a classroom unannounced, students usually settle down, putting on their best behavior to avoid getting in trouble.  Unfortunately, when Moses rolled back into camp in Exodus 32:25-28, thousands of Israelites ignored Moses’ entrance, partying like it was 1999.  Like a coach or teacher trying to see who’s paying attention in class, Moses makes a challenge that is answered by the Levites, the priestly tribe, seemingly the only group disturbed by Israel’s reckless behavior.  Subsequently, God purged Israel of 3000 fools, who were not willing to obey or respect God’s commands.

In the New Testament, we find a kinder, gentler God, who offers His grace to those who believe in Jesus, Ephesians 2:4-8.  However, not much has changed since the days of Moses as millions are still living for the day, partying each weekend and are redefining foolishness with acts that  would make Sodom and Gomorrah blush.  As a circus of fools spread throughout America and across the world, may God have mercy, open the eyes of the spiritually blind and transform their lives before foolish acts result in death and destruction.

In the 2012 movie sensation, The Hunger Games features an annual made for television competition for 24 contestants ranging from 12-18 years of age.  If chosen, a boy and girl represent one of 12 districts in the nation of Panem.  These select few are taken to the Capitol for training before taking part in this fight to the death event, with only one survivor.  Set in a futuristic North America, the Hunger Games serve as punishment for a previous rebellion and to control future attempts.

In the spiritual world, there is a similar game, To Obey or Not to Obey.  Many individuals suffer from a grass is greener on the other side disillusion.  Not satisfied with their own gifts, life and talents, people hunger for a new identity, hoping the emptiness inside their hearts goes away.  Subsequently, a growing number of participants wander down the highway to hell, Matthew 7:13, unaware of the destruction awaiting each soul.

Over the past few months, my hunger for writing has eased up, resulting in a lower audience at Express Yourself 4Him and fewer readers.  This loss of appetite correlates with a decreasing time of reflecting on the Bible.  Whenever I partake in a full course meal of Bible study, prayer and worship, my hunger pains for the world subsides.  Yet, the more I neglect my spiritual condition, these desires for the world multiple.  Therefore, be careful what you wish for or you might find your heart on the wrong side of the fence, Matthew 6:21-23.

Posted in Uncategorized and tagged 2012 movies, a futuristic North America, be careful what you wish for, Bible Study, depression, destruction, disillusion, emptiness, gifts, heart, hunger, hunger pains, life, loss, neglect, obedience, Panem, Prayer, rebellion, reflecting on the Bible, soul, talents, the grass in greener on the other side of the fence, the highway to hell, The Hunger Games, Worship. Bookmark the permalink.

If God Used Logic…We’d All Be Dead! 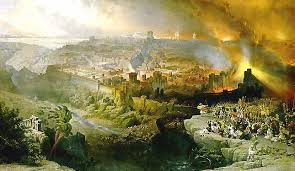 Throughout the course of history, a series of cycles retrieve, add to and reinvent old theories about the Bible.  Gnostics build upon the teachings of Simon Magus in Acts 8:9-19 with modern theories like the Jesus Seminars and Da Vinci Code.  Meanwhile, books like the Secret take biblical principles out of their proper context by blending these truths with metaphysics and self-help methodology.  Despite what so called experts may claim, the Bible continues to be an annual best selling book about the creation of earth, the fall of man and restoration of life through the life, death and resurrection of Jesus.  If you read and study this book you will soon discover, if God used logic, we’d all be dead!

If you were God, how would you respond when your only rule, Genesis 2:16-17,  is quickly broken by your second created being, the first child born on this planet becomes a murderer, Genesis 4, and a few generations later, the only person worth saving is Noah.  Meanwhile, the flood is immediately forgotten by the people of Babel in Genesis 11, your only leader, Abraham, is a habitual liar, Genesis 20:1-2, and the inhabitants of Sodom and Gomorrah were given over to shameful lusts, Romans 1:26-27.  Like a frustrated parent whose children never listen to them, if God used logic, the earth would have been destroyed once and for all in Genesis 19:29.

Fortunately, for all of mankind, God is love, 1 Corinthians 13.  Logically, God should have given up on us years ago, but He loved us so much that God gave us His one and only son, John 3:16-17.  Despite the wages of sin, Jesus paved a new way toward heaven in Romans 6:23.  Jesus left a final reminder of God’s love with his best friend on earth, John.  According to 1 John 3:16-20′ true love today is found today by living out the love of Jesus.  Like the classic country song by Crossway, “Thank God I’m not Jesus!”  Come alive by following the apostle Paul advice in Galatians 2:20.