When Your Mind Get’s in the Way

Depending upon how you were raised, parents give advice, guidance and warnings as you grow up.  Some of the common phrases of my generation were “think before you speak, open mouth insert foot” and simply “think.”  These words suggest that sometimes your mind gets in the way.

In the Old Testament, God had promised Israel a new land flowing with milk and honey.  Before entering this place, Moses sent out a team to explore this region.  Known as the 12 Spies, only two brought back a positive report.  The other ten were misled by minds gripped with fear.  This first glance underestimated the power of God as their minds got in the way.

Caleb told the people to be quiet and listen to Moses. Caleb said, “Let’s go now and take possession of the land. We should be more than able to conquer it,” Numbers 13:30.

In the end, the voices of Caleb and Joshua were silenced by the majority.  However, if you want to overcome doubt, leaders must raise their voices to convince the feeble and weak.  The next time you hear a crowd minimizing the power of God, step out in faith to persuade the masses.  If you don’t the human mind will get in the way, leaving you outside of the blessings God has in store for you.

Posted in Truth and tagged advice, blessings, faith, fear, guidance, Israel, overcoming doubt, the power of God, The promised land, When Your Mind Get's in the Way. Bookmark the permalink.

The concept of daily bread was introduced to Israel following the exodus out of Egypt.  What was meant to be a short journey into the promised land, became a 40 year journey in the wilderness.  To survive the extreme conditions of the desert, God sent manna 6 days a week, daily bread for hungry souls.  When some began to grumble, the Lord sent quail to satisfy starving stomachs.  When people become helpless, God provides daily bread for life.

I have not departed from the commandment of his lips; I have treasured the words of his mouth more than my portion of food, Job 23:12.

During his preparation prior to beginning his earthly ministry, Jesus withdrew into a desert.  Although, this region may have differed from the trek the Israelites took, fasting and prayer fueled Jesus.  Thus, as the devil approached with his twisting of the truth, Jesus was aimed with the right attitude.  Subsequently, when hunger pains began to surface, Jesus understood bread only takes you so far.  Rather, God’s Word is daily bread which makes you whole.

The tempter came to him and said, “If you are the Son of God, tell these stones to become bread.” Jesus answered, “It is written: ‘Man shall not live on bread alone, but on every word that comes from the mouth of God,’ Matthew 4:3-4.

One of the reasons this world appears to be upside down is that many are looking for love in all the wrong places.  Hunger is being satisfied by earthly pleasures.  Yet, this choice is similar to eating sugar instead of a healthy meal.  Subsequently, many lack the spiritual protein found in studying the Word of God.  If individuals would only turn to trusting in the Lord, feasting on daily bread could turn your life around.  Choose the true breakfast of champions, meditating of the Bible daily.

Posted in Truth and tagged daily bread, fasting and prayer, God's commandments, Israel, Jesus, My Daily Bread, soul, The Breakfast of Champions, the devil, the exodus out of Egypt, The promised land, the Son of God, turn your life around. Bookmark the permalink.

While listening to a sermon last weekend, a spirit of guilt began to consume me.  Like a movie playing within my mind, highlights of the person I could have been flashed before me.  Yet, a lack of faith, money and resources has caused me to chose a different path.  Part of me wants to make the most of what God has given me, but for now all I can see is a bunch of lost opportunities.

From Paphos, Paul and his companions sailed to Perga in Pamphylia, where John left them to return to Jerusalem, Acts 13:13.

I guess you call this a crisis of faith or a mid-life crisis.  Either way I feel like I could do so much more with my life, but have lost the desire and passion to fulfill my potential.  In the book of Acts, Luke writes about someone who becomes homesick, leaving the mission field to return home.  This same individual eventually won back the apostle Paul’s trust and wrote the Gospel of Mark.  Since I am not a finished project, perhaps there is still hope for me.

Be very careful, then, how you live—not as unwise but as wise, making the most of every opportunity, because the days are evil, Ephesians 5:15-16.

After reviewing the Old Testament, I am reminded of the long detour taken by Israel on their way to the Promised Land.  A trip that was suppose to take a little over a month ended up lasting for 40 years.  This past failure helps me realize that I am not alone.  Though I don’t feel any better, this example provides insight about how disobedience disrupts your journey.  While lost opportunities will bring future disappointment, there is still time for a U-Turn here and there to arrive at the place where God wants me to be.

The Source of Wealth

You may say to yourself, “My power and the strength of my hands have produced this wealth for me.” – Deuteronomy 8:17

Upon their arrival and occupation of the promised land, Israel may have forgotten who provided for their needs.  Sensing a  spirit of pride among the ranks, Moses devotes an entire chapter to guard against forgetting the Lord.  After years of failure, the taste of success may have gone to some of their heads.

But remember the Lord your God, for it is he who gives you the ability to produce wealth, and so confirms his covenant, which he swore to your ancestors, as it is today. – Deuteronomy 8:18

Inspired by the Holy Spirit, Moses sets the record straight, giving God the credit for Israel’s newly gained wealth.  Remembering the promise made to Abraham, Moses confirms the origin of their recent success, God’s covenant.  Perhaps the suffering Moses experienced in Egypt produced a grateful heart, thankful for the answered prayers.

Bring the whole tithe into the storehouse, that there may be food in my house. Test me in this,” says the Lord Almighty, “and see if I will not throw open the floodgates of heaven and pour out so much blessing that there will not be room enough to store it. – Malachi 3:10

In modern times, an Old Testament prophet suggests an untapped potential of wealth can be found in tithing.  As current believers begin to practice giving a minimum of ten percent of their gross income to the church and needy causes, God unleashes financial blessings.  Although a prosperity gospel preached in numerous churches perverts this biblical principle, the more you trust in the Lord to provide for your needs, you will begin to believe God is the ultimate source of wealth. 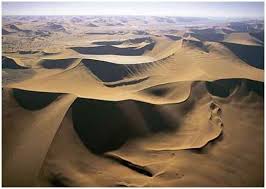 Based upon my recent studies, it appears that several leaders went through desert periods in their lives.  Moses wandered in the wilderness for 40 years, teased by a promise he never experienced, Deuteronomy 34:1-4.  After being anointed by Samuel as the next king of Israel, David was forced to flee to the Cave of Adullam in 1 Samuel 22:1-2, running for his life from king Saul. Prophets weren’t even immune as Elijah hid from Jezebel once news spread of her death threat on his life, 1 Kings 19:1-2. 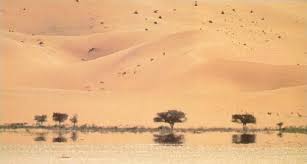 The great mirage in life is that other people have it better than you.  Your mind convinces you that no one understands, no one knows the pain you bear and the suffering you have endured.  While undergoing a desolate time, in an arid and barren wasteland, Satan deceives us into believing this lie.  Meanwhile, false hope serves as an hallucination, an optical illusion that leaves you in worst shape, doubting God’s presence and power.  When your expectations are shattered, a delusional spirit toys with you until you become numb, dis-heartened and pessimistic.

The only way to escape this mirage is by reflecting upon the reason you have entered this place.  John the Baptist went into a desert region to fulfill God’s will, Mark 1:4.  Jesus was led into the wilderness by the Holy Spirit to fast and pray for his 3 year ministry on earth, Mark 1:12-13.  Once your mind shifts from why me God to what are you preparing for me next, this great mirage can transform into a promised land.  May God unveil the truth of the Bible, 2 Corinthians 4:4, so that you can be set free from the disappointment of the great mirage.

So Close, But yet So Far 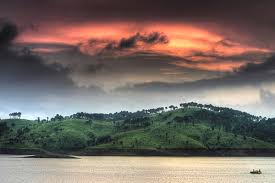 While I was tempted to name today’s blog, “So Close, but No Cigar,” common sense kept me from wavering off topic.  As I listened to Jentezen Franklin’s sermon on the Trinity Broadcast Network before attending church on Sunday, the Holy Spirit jogged my memory of the walls of resistance which deny believers from entering God’s promised land.  Moses dedicated his entire life to the nation of Israel, foregoing the riches of Egypt, Hebrews 11:24-27, yet the closest he came to a land flowing with milk and honey was a view from atop Mount Nebo.  Why did God deny him this privilege?  According to Numbers 20:6-13, Moses failed to carefully obey God’s command, striking a rock twice instead of just once. 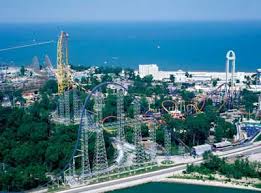 Obedience is one wall to climb, but sometimes your own circumstances prove too much for a person to overcome.  Although hard to believe, my friend Harry endured a brutal set of events, triggering a back slide of historic proportions.  The person who led him to Christ committed suicide shortly after his conversion.  In the weeks that followed, one of his youth leaders who began to ease his pain, had an affair and abruptly abandoned the ministry, moving to California.  These poor witnesses kept Harry from entering a church for nearly 20 years.  My friend Eddy and I never thought Harry had been to church until a divine appointment at Cedar Point Amusement Park, reintroduced Harry to his former youth pastor.  In one moment, 20 years of severance was reunited, the first of many steps toward healing his bruised, confused and wounded heart.

Whether you feel like Moses today, with a mountain standing in between you and your dreams or as Harry did, coming to grips with a desolate soul, remember that sanctification is an on going process, not complete until the Lord takes you home.  Sure, you might have mountain top experiences, yet there is always a valley between mountains.  You may want answers, transformation and victory immediately, but sanctification occurs gradually, through a day by day process, Ephesians 2:3-7.  Therefore, live each moment on earth with a James 4:15 mindset, recognizing that you are close, but yet so far!