Living an undaunted life is not being intimidated or discouraged by difficulty, danger, or disappointment. Saying you will do this and actually rising above the hand you are dealt in life are two different things. While God called one man to be his voice for the nation of Israel, Moses began to dwell upon his speech impediment. Frustrated by Moses’ response, God gives him a pep talk to fulfill God’s will for his life.

And Moses said to the Lord, O Lord, I am not eloquent or a man of words, neither before nor since You have spoken to Your servant; for I am slow of speech and have a heavy and awkward tongue. 11 And the Lord said to him, Who has made man’s mouth? Or who makes the dumb, or the deaf, or the seeing, or the blind? Is it not I, the Lord? – Exodus 4:10-11

As someone who was born with a severe stuttering problem, thinking about what you want to say and actually saying it clearly is like asking for a miracle. Based upon the passage above, Moses struggled to imagine a life without stammering and stuttering. This mental block took time to overcome as Aaron was initially given to Moses as a security blanket. Subsequently, living an undaunted life had to wait.

Now therefore go, and I will be with your mouth and will teach you what you shall say, Exodus 4:12.

Despite this transition, Moses gradually develops the courage to confront Egypt’s King face to face. While Pharaoh tried to duplicate the initial plagues with magicians, God hardened his heart over and over again. Hebrews 11:24-29 highlights Moses’ maturity from daunted to undaunted. If God can use a stutterer to lead Israel to the Promised Land, there is hope for you and me to transform from fearful to undaunted.

The Father of All Light

Exodus 8 reveals an important lesson about light and life. When King Pharaoh could not explain some of the miracles performed by Aaron and Moses, he sent for magicians who were actually able to duplicate the first two. Moses claimed that enchantments and secret arts allowed these magicians to turn water into blood and call forth frogs from the waters to fill the land. Yet, when these magicians were unable to bring forth gnats or mosquitoes, these men came to the conclusion that this was the finger of God, Exodus 8:18-19.

For such men are false apostles [spurious, counterfeits], deceitful workmen, masquerading as apostles (special messengers) of Christ (the Messiah). 14 And it is no wonder, for Satan himself masquerades as an angel of light; 15 So it is not surprising if his servants also masquerade as ministers of righteousness. [But] their end will correspond with their deeds, 2 Corinthians 11:13-15.

According to the apostle Paul, Satan possessed similar powers in the first century. Apparently, Lucifer was able to retain some of his archangel abilities as Paul describes him as the ruler of the air, Ephesus 2:2. Just like the Egyptian magicians thousands of years ago, some modern leaders continue to masquerade as spurious counterfeits of faith today. Yet, at some point in time these individuals will be exposed as their hidden agendas and motives will be uncovered by the Father of all Light. Nonetheless, free will provides the power hungry with an excuse to see how much they can get away with in the darkness.

Every good gift and every perfect ([d]free, large, full) gift is from above; it comes down from the Father of all [that gives] light, in [the shining of] Whom there can be no variation [rising or setting] or shadow cast by His turning [as in an eclipse], James 1:17.

When you grow up with a big brother who is perfect, you start to follow him around to find out the secret of his success. Apparently, James likely spied on Jesus while He was praying with His heavenly Father. While he may not have gotten as close as he wanted to hear every word spoken, James came to the conclusion that the Father of Light is what made Jesus who He was. Sharing eyewitness testimony, James wants every first century Christian to know that it is the God of heaven who is the giver of all good things. There is no doubt about it so don’t be deceived by luck, chance or coincidences.

Posted in Truth and tagged chance, coincidences, faith, free will, Lucifer, luck, magicians, miracles, Pharaoh, praying, satan, The Father of All Light, the finger of God. Bookmark the permalink.

The term lurking means to remain hidden, waiting for the perfect time to ambush someone or something.  Whether an animal is preying on a lesser member of the food chain or a bully picks on a weaker individual, each attack if often unexpected, catching the victim off guard.  As a result, predators remain active today, searching for those alone, separated from society, lurking in darkness waiting to pounce on an innocent soul, 1 Peter 5:8.

Unlike Hollywood, the devil doesn’t have horns, a pitch fork or has steam coming out of his ears.  Rather, this spiritual creature is as sly as a serpent, slithering up on someone without any hints or warnings.    Like a chameleon, Satan is able to duplicate angelic acts, 2 Corinthians 11:14-15, similar to the magicians during the days of Pharaoh, Exodus 7:11.  Thus, when you hear in the news of another saint giving into temptation, committing the unthinkable act, the great deceiver was likely the root cause, convincing minds that wrong is right or okay.

You and I aren’t immune as any misstep can lead to a decision that will ruin your reputation.  While David beat Goliath once, devilish Goliath’s are nearly undefeated, dragging their victims into sin, one compromise at a time.  Its no wonder the apostle Paul includes 1 Corinthians 10:11-12 as a precursor to prevent anyone from becoming overconfident.   As the mysteries of the future will be played out tomorrow, make sure that you are ready for enemies who continue to lurk in darkness, Ephesians 6:11.  Remember great is He who is in you than he who is in the world, Romans 8:38-39.

Squashing Any Attempts of Mutiny

When a teenager earns the trust of their parent or teacher, this individual often receives a little slack.  Depending upon their response to freedom, this teen will either acquire more or lose these privileges based upon their behavior.  The essence of trust is an assurance that when left alone, a person will continue to walk in credible and reliable ways, 1 Thessalonians 4:1-2.  If trust is broken or respect lost due to unforeseen acts bent on evil, authority figures can step in to squash any attempts at mutiny. 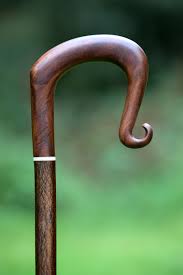 Near of end of Israel’s 400 years of slavery in Egypt, Pharaoh became paranoid once his magicians could no longer duplicate the plagues made by the power within Moses’ staff, Exodus 8:18-19.  In fact, the sight of Moses in Pharaoh’s presence became like bad news, probably thinking to himself, “okay, what’s the next plague God is going to send my way?”  While Pharaoh kept promising Moses that he would allow Israel to worship the Lord in the desert, in the back of his mind he doubted their motives, Exodus 10:8-11.  Ticked off by a 3 day plague of darkness, Pharaoh lost his cool, banishing Moses from his presence, Exodus 10:27-29.  As a last ditch effort to squash the mutiny he believed Israel was planning, Pharaoh threatened to kill Moses if he ever entered the king’s presence again.

One thing I have learned in life, if God is up to something, no human hand, leader or nation can hold back His power.  Unfortunately, God’s timing is different from man’s timing, Ecclesiastes 3:11, causing mankind to scratch their heads, confused by righteous causes that are squashed and evil which prospers.  However, in these moments of frustration, one must remember the wisdom of Job 42:1-6.  Therefore, as you make the best of the hand God has dealt you, don’t fold until you have planned the game of life with every ounce of your heart, Colossians 3:17.

When boxing was in its hay day in America, Sugar Ray Leonard and Roberto Duran were in their prime, slugging it out in 3 title bouts.  On November 25th, 1980, the Louisiana Super Dome hosted their first rematch as Leonard tried to regain the WBC Welterweight belt he lost in their first fight.  Nicknamed Manos de Piedra by his native Panama, Duran’s hands of stone  appeared mortal.  Near the end of the 8th round, Roberto gave up, waving his gloves in the air, signaling his surrender to the referee.  A stunned crowd and opponent, waited for an explanation.  In response, Duran replied, “no mas, no mas; no more boxing!”

Sometime around 1465 B.C. a similar duel took place in Egypt.  When Aaron and Moses threatened Egypt with a series of plagues if their king, Pharaoh did not allow the descendents of Israel to offer sacrifices to God in the desert, tensions flared, Exodus 7:8-13.  To counter God’s power, Pharaoh called on the magicians and sorcercer’s of his day, who relied on secrets arts passed down to them, Exodus 7:11.  These wise men went toe to toe with God for 3 rounds equaling each miracle performed by Aaron using the staff God gave Moses.  However, when the 4th plague began, Exodus 8:16-19, the magicians knew they were beaten.  Instead of saying No Mas like Duran, they broke the bad news to Pharaoh in Exodus 8:19, “this is the finger of God that can’t be duplicated.”

Within the pages of John 15:1-8, Jesus uses a parable to help people understand a secret to life.  On your own, you are limited, powerless to reach your full potential, John 15:6.  However, if you choose to stay connected to the vine, Jesus, by making time for prayer, study and worship, you will bear great amounts of spiritual fruit, John 15:5.  In order to obtain this spiritual state, you have to reach a breaking point like Roberto Duran and Pharaoh, proclaiming “no mas!”  Just as the apostle Paul learned the hard way, 2 Corinthians 12:7-10, when you are at your weakest, Christ is strongest, ready at a moment’s notice to come to your rescue.