As I read a portion of the Bible known as the Hall of Faith, Hebrews 11, there is a common characteristic found within many of these individuals.  In times of uncertainty, when life’s circumstances did not make sense, these historical and spiritual figures reasoned with God.   Instead of turning toward doubt, each trusted in God’s ability to resolve their situation with a Hollywood ending.

Abraham reasoned that God could even raise the dead, and so in a manner of speaking he did receive Isaac back from death, Hebrews 11:19.

Take for instance, Abraham who waited most of his life to have a son with his wife Sarah.  Shortly after receiving this promised child, God asked him to sacrifice Isaac.  Within Abraham’s heart, soul and mind, the concept of resurrection was conceived.  Thus, despite his confusion, Abraham took out a knife in faith, hoping and trusting that the Lord would provide a substitute, a replacement sacrifice for his son.

By faith Moses’ parents hid him for three months after he was born, because they saw he was no ordinary child, and they were not afraid of the king’s edict, Hebrews 11:23.

In modern times, life can be just as complex, not sure how or why God allows acts of terrorism, deadly diseases and failure to continue.  Yet, when trials arrive, Hebrews 11 exists to help people learn from models of faith.  Reasoning with God is a natural response, crying out to Him in prayer for understanding.  Although, answers may not come right away, don’t give up hope until God provides a solution for your latest dilemma.

Is That All I Needed?

After spending 3 seasons as an assistant golf professional and another 10 coaching high school boys and girls, I’ve seen my share of bad golf swings.  While many were beyond help, I did have a few success stories.  The most recent involved a player who had a decent short game, but their swing produced a slice like an out of control boomerang.  Observing from behind the range, I discovered a major glitch.  With one slight adjustment, this senior went from struggling to break 60 consistently for 9 holes to shooting 94 for 18 in his last conference tournament.

The other day, I left my house without my Bible and journal before leaving for work.  My daily routine involves getting to work 30 minutes early, listening to music, read and journal my prayers and thoughts before each shift.  Unprepared, I had to wing it, quietly preparing myself for another 40 hour week.  Since I was running late, I only had a few minutes before exiting my car.  Void of any earth shattering content, I yielded my future over to the Lord, placing it solely in His hands.  Twenty minutes later I was called back to my seasonal management position leading me to ponder, “is that all I needed?  Is this what God was waiting for me to do?”

Whether you’re trying to improve your golf game or follow God, sometimes the slightest adjustment produces amazing results.  Perhaps, this was the message Moses was trying to relay to Israel before his retirement, Deuteronomy 28:1-14.    Either way, the next time you experience periods of inconsistency, invite the Lord to become your Rock during the trying times in life, Psalm 28:1-2.

Most Americans have become spoiled, expecting a response at the snap of their fingers.  Subsequently, when people go out to eat, go to a show or make a significant purchase, they want perfection.  When disappointed by a product or service, heads will roll and reputations will be harmed if these individuals don’t get their way.  If this is how a growing number of citizens are responding, its no wonder God is waiting to appear until faith and actions coexist.

The book of Leviticus consists of a conversation God had with Moses while on Mount Sinai in Exodus.  As I recently read through Leviticus, a pattern forms throughout the first 8 chapters, “God said to Moses.”  Following these instructions, Aaron and his sons did everything the Lord told Moses.  However, it wasn’t until Leviticus 9:4 before God’s presence appears before Israel.  Thus, this passage suggests God is waiting for his children to carefully follow the Bible’s commands prior to being accompanied by blessings, Deuteronomy 28:2.

While some may say, “what are you waiting for,” others are trying to twist the Bible to conform to their own beliefs.  As for me, a lack of results makes the obvious seem clear once again, “be doers of the word, not just hearers,” Matthew 7:24-27.  Once I realign my priorities to Matthew 6:33, God promises to provide for my daily needs.  Therefore, if you are hungry and thirsty to experience God’s presence, listen to words of Jesus like Aaron followed Moses.

Why is God Taking so… Long?

In this day and age, waiting is like praying for patience, nobody wants to do it.  The essence of waiting involves one of two options: either stay where you are or delay your plans until something happens.  However, if you’re not in a safe place common sense will urge you to move.  Meanwhile, if you don’t know what you’re looking for, you might overlook the obvious sign God has provided.

In Psalm 22:1, David’s prayer mirrors Jesus’ words in Matthew 27:46.  David went from the out house as a lonely shepherd, living in country fields under the stars to the penthouse, anointed as the next king of Israel in 1 Samuel 16:13.  However, the catch was David had to wait until Saul’s death until this dream became a reality.  A whirl wind took David to the king’s palace as a servant to the king, playing his harp, to a battle field, defeating Goliath and to a cave fleeing the wrath a jealous king, literally running for his life.  This is the context in which David felt forsaken and forgotten, unable to wait any longer.

Meanwhile, Jesus spent 6 hours hanging from a cross before his death.  Without any pain killers, Jesus endured excruciating  pain as 3 modern railroad sized spikes went through each hand and both ankles.  If this wasn’t bad enough, insults and mocking followed, carrying on for hours.  Grasping for air to breath, having a conversation to share his final words was exhausting.  Thus, God the Father went silent, allowing His Son to finish the task that Jesus was sent to earth to complete, Luke 19:10.  Not able to wait any longer, Jesus gave up his spirit, succumbing to the natural forces of life.

Perhaps, Hebrews 12:4 was placed into the pages of the Bible for impatient people on earth.  Despite the trials you encounter in life, God reminds mankind that at least you didn’t have to shed your blood on a cross.  With this subtle reminder, may God fill you with the spirit of Isaiah 40:28-31.  If you find yourself tired, weary and lacking understanding, may the wings of eagles lift you up as wait on God.  In your weakness of impatience, God is strong, carrying you periodically when you can’t tarry on, 2 Corinthians 12:9-10.  Although I don’t know why God is taking so long to reveal His plan to me, I am clinging to His promise of a brighter future, Jeremiah 29:11.

The Gospel According to Forrest 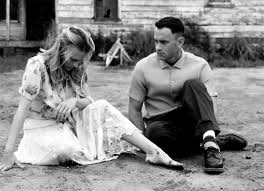 Forrest Gump once said, “stupid is as stupid does.”  Although Tom Hanks played this fictional character, there is a lot of truth to this statement.  Recently, Riley Cooper, a wide receiver for the Philadelphia Eagles went to a Kenny Chesney concert, had a few drinks, got into a heated argument with a black security guard and blabbered out a racial slur directed toward him.  When you do or say something stupid, it doesn’t mean you have to apologize day after day to make the media feel better.  Living about 30 minutes outside of Philadelphia, Riley Cooper is being crucified on the airways every hour, as callers are picking up the first stone like the account in John 8:1-11.  According to the Gospel of Forrest Gump, “stupid is as stupid does.”

From a spiritual perspective, there is a good reason why people say stupid things.  Since the birth of Cain, every child born on earth has been implanted with a virus.  The Bible refers to this birth defect as the sinful nature or carnality in the original King James version, Romans 7:14-18.  As a result of this disease, individuals and their children have never been the same.  Thus, politicians, professional athletes and average citizens daily fulfill the words of Forrest Gump. 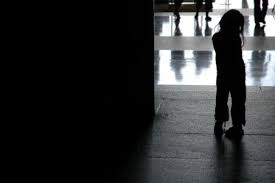 Take for example the daughters of Lot, trying to cope with the loss of their mother, death of their future husbands and a father stricken with depression, Genesis 19:30.  Emulating the practices of their uncle Abraham, Lot’s daughters felt more comfortable trusting in their own wisdom rather than wait on God to provide.  Therefore, they each partake in Indecent Proposal IV & V.  Once their dad is drunk as a skunk, with his beer goggles on, Lot thinks the woman in his tent is a mistress or perhaps a dream that he is sleeping with his wife once again.  Instead, Lot’s daughters take the gutter to a new low, sharing their father on consecutive one night stands, Genesis 19:32-35.  “Stupid is as stupid does!” 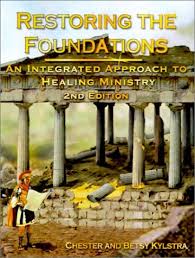 Similar to the descendants of Ham, these woman gave birth to the Moabites and Ammonites.  Like Abraham and Lot’s daughters, the Moabites trusted in Egypt when times got tough.  In addition, the Moabites called on Balaam to curse Israel, setting in motion their exclusion from the nation of Israel.  Meanwhile, the Ammonites worshiped the idol Milcom, which also led Solomon astray.  By breaking the first and second commandments, Exodus 20:3-4, a generational curse is poured out upon this nation, Exodus 20:5.  This is why Jesus adds Matthew 18:5-7 to the Bible.  He knew how precious and innocent children are.  Therefore, if you still have time to act, live out Matthew 18:8-9, purging sin from your life so that your children and children’s children don’t inherit the sins of their parents.  Check out Restoring The Foundations ministry online if you want to know more about how sin impacts children.