The Weather Channel has a history of programs which illustrate strange weather phenomena.  Shows like It Could Happen Tomorrow are based upon ideal conditions which come together to create the perfect storm.  If this has happened in the past, can the same components result in a spiritual earthquake?

After they prayed, the place where they were meeting was shaken. And they were all filled with the Holy Spirit and spoke the word of God boldly, Acts 4:31.

One of the first accounts of such of an event is recorded by a first century doctor.  It’s not uncommon for individuals to embellish, exaggerate or stretch the truth.  However, this characteristic is unusual for a respected man of medicine.  Although bizarre, a similar encounter occurs in the city of Philippi.  Sure, this region is known for earthquakes, but is it possible for prayer to create a movement of God which imitates this geological event?

About midnight Paul and Silas were praying and singing hymns to God, and the other prisoners were listening to them.  Suddenly there was such a violent earthquake that the foundations of the prison were shaken. At once all the prison doors flew open, and everyone’s chains came loose, Acts 16:25-26.

Over the past thirty years, I’ve witnessed my own series of answered prayers, healing and miracles.  Although I’ve never experienced anything like these 2 stories in the Bible, I have sensed God’s presence.  During intense periods of prayer and moving worship services in the past, my heart, soul and mind have been energized by an invisible presence.  If you draw close enough to God, perhaps you too will encounter a spiritual earthquake inspired by the Holy Spirit. 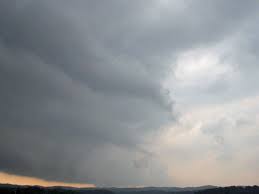 In their original series Full Force Nature. the Weather Channel credits Mother Nature for these awe inspiring events.  The purpose of each 30 minute episode is to rebroadcast extreme weather conditions caught on film.  However, before the days of phone, ipad and video cameras, historians who survived nature’s full force recorded similar natural disasters.

One such phenomena took place around 1450 years before Christ was born.  According to Moses, an eyewitness, a horrific storm pounded Egypt in Exodus 9:13-32.  This passage reveals God’s anger toward Pharaoh as the Lord unleashes his full power, not holding anything back.  Based upon Moses’ description, lightning, thunder and golf ball sized hail pelted any animals, crops, homes or people who were unprepared.  If we are to take Moses at his word in Exodus 9:23-26, no storm can compared to this massive system sent by the hand of God.

Since God warned Egypt, those who feared God took immediate measures, Exodus 9:20, while the ignorant and skeptics were caught with their pants down.  Unfortunately, in real life, God get’s all the blame for destruction and Mother Nature get’s a pass except for the beautiful days.  Unless you consider the film A Year Without A Santa Claus when most people gave Santa the credit for snow on Christmas Eve.  My point is that you can’t have it both ways, either God created it, He allowed it to happen or scientific conditions for a Perfect Storm merged forming a super cell.

James, the earthly brother of Jesus paints an unique picture.  Like Pharaoh, James doubted Jesus, not able to comprehend God’s full force nature until some how his big brother rose from the dead. Acts 1:3.  This front row seat transformed his perspective of God in James 1:16-17.  James was deceived by the world, unable to grasp the truth until he was confronted by a ghost, a resurrected Christ.  Hopefully, you don’t have to endure an earthquake, hurricane or tornado before you become a believer.  May you share in the promise of James 1:18, passed on by an eyewitness to God’s full force nature. 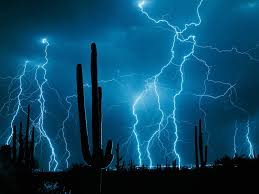 Many folks in America are probably thinking along the same wave lengths, ” this is the strangest spring I can ever remember?”  As traces of winter pop up weekly, summer can’t get here soon enough.  However, in the mean time, you are stuck with a daily dilemma, whether or not to trust in the so called experts to accurately predict the weather? 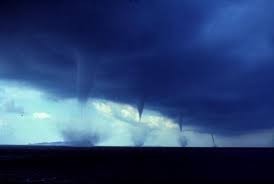 As a little league coach, 7 days in a week aren’t enough to make up the games rained out and those cancelled hours in advance only to witness sunny skies appear.  Despite these interruptions to schedules, there is a silver lining.  Rain can slow down one’s pace in life, bring families together or provide needed ingredients for a successful garden.  For others who work at airports, malls or stores, weather delays can make for some of the most profitable days of the year as well as provide shelter to take a walk inside. 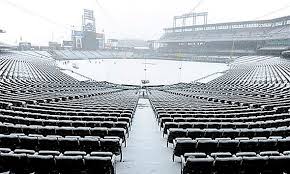 The question arises, how much will you allow weather to influence your mood?  Weather related depression is common for cities like Portland, Oregon and Seattle, Washington.  Like a cruel mistress, weather can lead you on, only to crush your spirit late in the day.  In the end, the choice is yours, making the best of today, James 4:14, putting worries about tomorrow on hold.  Weather or not, how will you respond when another front washes out your plans?

As I went to bed last night, everyone was talking about the horrific discovery within a house in Cleveland, Ohio.  With Breaking News alerts regularly appearing on the bottom of my television screen, the title House of Horrors became the obsession of cable news networks.  Like the Weather Channel drooling over yet another named winter storm, Fox News made it seem that nothing else in the world mattered.  Surrounding the house like vultures, scanning the area for another neighbor or friend of Ariel, Onil and Pedro Castro to interview live, this event became the latest media feeding frenzy.

While the full story is yet to be told, any case of child abduction, rape, sexual abuse and torture is one too many.  These 3 woman have been stripped of their innocence, violated beyond what anyone should ever endure and had their mind filled with nightmare images of this decade long ordeal.  Though the media is still looking for answers into the moral depravity of these 3 brothers, Hollywood has left a trail of bread crumbs to follow.

Copy cat crimes are nothing new, a pattern law enforcement have tackled for over a century.  At first glance, this appears to be similar to the case in Germany, exposed 2 years ago.  However, when you consider Americans have become like Romans 1:21-27, exercising freewill to chase after sexual fantasy’s, the actions of the Castro brothers don’t appear as irrational as first thought.  When you add increased sexual content within movies, immoral television shows and pornographic videos to this equation, 3 sexual predators are born.  In addition, George Michael pleaded for your sex in his lyrics of a song, Madonna crawled along a set like a pussy cat hoping to arouse you and modern day hip hop / rap stars continue to degrade women in their music videos. 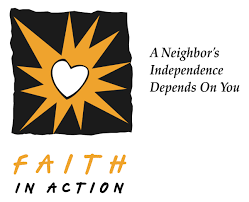 For now, what’s done is done.  Nothing can take back the years stolen from these 3 women.  Yet, there are proactive steps one can take to help heal these wounded souls in Cleveland.  First, pray for Amanda, Michelle and Gina by name, asking God to cleanse their minds from the living hell they endured.  Second, you can fast for a day, going without food to either donate the funds you would have spent to these girls or seek the Holy Spirit for further areas of prayer each so desperately need.  Finally, keep your eyes open locally, so that something similar never happens again.  Follow the words of Colossians 4:2-6, staying alert so that future plots like this House of Horrors will be foiled before they ever begin.  Just do it!