The Sequence of Story

A sequence is a particular order in which related events, movements, or things follow each other. In the process of telling a story, the best communicators set the scene using what some writers refer to as the 10 magic words. This information highlights who a story is about and details the journey which is about to begin. Depending upon the author or story teller, the sequence of story involves a beginning, middle and end.

Then the disciples came to Him and said, Why do You speak to them in parables? 11 And He replied to them, To you it has been given to know the secrets and mysteries of the kingdom of heaven, but to them it has not been given, Matthew 13:10-11.

From a biblical perspective, the son of God used parables to connect with first century citizens. A parable is story structure used to illustrate a moral or spiritual lesson as told by Jesus in the Gospels. The New Testament details 46 different parables as Jesus tried to explain mysteries and secrets of the kingdom of heaven. My favorite is the Parable of the Sower as Jesus reveals how the environment in which you live influences the person that you become.

Paul, Silvanus (Silas), and Timothy, to the assembly (church) of the Thessalonians in God the Father and the Lord Jesus Christ (the Messiah): Grace (spiritual blessing and divine favor) to you and [heart] peace. 2 We are ever giving thanks to God for all of you, continually mentioning [you when engaged] in our prayers, 3 Recalling unceasingly before our God and Father your work energized by faith and service motivated by love and unwavering hope in [the return of] our Lord Jesus Christ (the Messiah). 4 [O] brethren beloved by God, we recognize and know that He has selected (chosen) you;5 For our [preaching of the] glad tidings (the Gospel) came to you not only in word, but also in [its own inherent] power and in the Holy Spirit and with great conviction and absolute certainty [on our part]. You know what kind of men we proved [ourselves] to be among you for your good, 1 Thessalonians 1:1-5.

While writing 13 letters known as epistles, the apostle Paul developed a story structure known as U Centered Writing. Paul regularly starts his letters by getting the attention and gaining the interest of fellow Christians. Once this is accomplished, Paul creates a felt need, a flaw or weakness that believers need to work on. The remainder of his letters are designed to create a sense of urgency so that a commitment to change is conceived. Whether you’re writing a letter, telling a story or working on a screen play, stories continue to speak to human hearts and provide hope or inspiration to make a difference in the life that God has given you.

Posted in Truth and tagged a commitment to change, create a sense of urgency, hearts, hope, make a difference, mysteries and secrets of the kingdom of heaven, parables, the 10 magic words, the gospels, the journey, the New Testament, the Parable of the Sower, The Sequence of Story, U Centered Writing. Bookmark the permalink.

Ephphatha: A Prayer to Heal Stuttering

Whenever I come in contact with an individual born with a speech impediment or stuttering, I cringe.  When encountering a stranger or someone I know who struggles to get words out of their mouths, I feel utterly helpless.  As a former stutterer, every condition and degree varies from person to person.  While I want everyone to be healed, I have been unable to intervene until know.

They brought to Him a man who was deaf and had difficulty speaking, and they begged Jesus to place His hand on him, Mark 7:32.

Prior to completing his gospel, John Mark a member of the apostle Paul’s ministry team either interviewed or spoke with an eyewitness to one of Jesus’ many miracles.  Known as Mark to avoid being confused with the disciple with the same name, this gospel contains a prayer spoken by Jesus.  Although the man in this passage was deaf and mute, the word Ephphatha can be used as to prayer to heal stuttering.

Jesus, taking him aside by himself, away from the crowd, put His fingers into the man’s ears, and after spitting, He touched the man’s tongue [with the saliva]; 34 and looking up to heaven, He sighed deeply and said to the man, “Ephphatha,” which [in Aramaic] means, “Be opened and released!” 35 And his ears were opened, his tongue was released, and he began speaking plainly, Mark 7:33-35.

To avoid setting desperate people up for failure, there are multiple variables that cause people to stutter.  For some its a medical condition, others stutter due to nerves or a lack of air that lead to shortness of breath.  According to the Bible, demons and unclean spirits have the power to cease or constrict one’s ability to verbalize thoughts or feelings.  Meanwhile, doubt, a lack of faith and unbelief cause many to stammer and stutter for a lifetime.

Jesus replied to them, “I assure you and most solenly say to you, if you have faith [personal trust and confidence in Me] and do not doubt or allow yourself to be drawn in two directions, you will not only do what was done to the fig tree, but even if you say to this mountain, ‘Be taken up and thrown into the sea,’ it will happen [if God wills it]. 22 And whatever you ask for in prayer, believing, you will receive,” Matthew 21:21-22.

Prior to being healed of stuttering during my final full year of college, Christian friends questioned my faith whenever I stuttered.  While my roommates and a church friend laid hands on me, claiming Ephphatha, my healing was gradual, not immediate.  Even now when I stray from God, spouts of stuttering return until I draw near the Lord again.  I want to share my testimony to give the defeated a glimpse of hope for the future.  I’m not sure why God choose to heal me, but I believe faith, godly friends and the power of God to open and release tongues via the Holy Spirit can serve as a prayer to heal stuttering.

Anytime an individual loses a lofty status, there is something inside that churns souls to regain that which was lost.  This same passion was present inside Lucifer once expelled from heaven along with a third of the angels.  Satan’s secret ambition is revealed during Jesus’ fast prior to beginning His earthly ministry.  Bitterness, revenge and selfishness fueled this arch angel, waiting for a chance to get pay back.

You were anointed as a guardian cherub, for so I ordained you. You were on the holy mount of God; you walked among the fiery stones.  You were blameless in your ways from the day you were created till wickedness was found in you, Ezekiel 28:14-15.

According to the Gospels, the first 4 books of the New Testament, Jesus withdraws into the wilderness, a barren region filled with sand, scorpions and serpents.  Hungry and weakening due to the heat, Satan implements a set of 3 challenges to the son of God.  Jesus passes the first test by quoting scripture.  Satan replies with another passage from the Old Testament.  Although Jesus could have fulfilled the second request, this required Jesus to call upon angels for selfish reasons, similar to Jim Carrey in Bruce Almighty.

Again, the devil took him to a very high mountain and showed him all the kingdoms of the world and their splendor.  “All this I will give you,” he said, “if you will bow down and worship me,” Matthew 4:8-9.

Passing the first two tests with flying colors, Satan offers Jesus the earthly authority Adam lost in the Garden of Eden after failing to keep God’s only rule.  Satan doubled down, desperately seeking praise from God in the form of Jesus bowing down.  Despite a lack of food and sleep, Jesus refused to give into temptation, relying on the Word of God to do the right thing.  Although, Satan did achieve his ultimate goal when Jesus was crucified on a cross, victory only lasted a few days before the resurrection sealed his fate.  In view of Jesus’ final battle, remember that Jesus conquered death so that you and I might live in Him.

When you are young, health is something that can be taken for granted.  This blessing is often forgotten until storms, trials or unexpected events arrive.  Thus, when my eye doctor recently told me I was losing vision in my right eye, I wasn’t sure what to think.  After a week of contemplation, prayer and reflection, my future lies in confession, faith and healing.

Therefore confess your sins to each other and pray for each other so that you may be healed. The prayer of a righteous person is powerful and effective, James 5:16.

The first 4 books of the New Testament: Matthew, Mark, Luke and John, also known as the Gospels detail close to 40 specific miracles performed by Jesus.  Although the audience and context of each author differs, there is a similar theme found before Jesus’ healing is complete.  Several cases involve an affliction, condition or disease that is related to some type of curse which requires confession.  Other individuals came to a point in life they began to accept their physical state, giving up hope of ever finding a cure.  These people were questioned by Jesus, seeing if desire and faith within would be reborn.

One who was there had been an invalid for thirty-eight years.  When Jesus saw him lying there and learned that he had been in this condition for a long time, he asked him, “Do you want to get well?” –  John 5:5-6

When you find yourself in need of healing, there are 2 questions you must dwell upon.  First, have you sinned against God, someone else or your own body?  Second, is there any area of your life where you’ve resigned, lost hope or believe you won’t succeed.  Depending upon the conviction you receive from the Holy Spirit, you may need to publicly confess your transgressions, ask God for the faith of Elisha or do both.  In the end, you will find that after confession and faith, healing will follow.  It might not always be the outcome you desire but as Job once said, ” the Lord gives and the Lord takes away,” 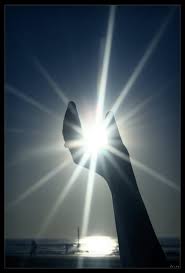 A spirit of pessimism  has entered the church, anchored deep within the hearts and minds of Christian soldiers.  Instead of asking for things in Jesus name as the gospels suggest, the thought of failure cripples the power of God in their life.  Expecting defeat, lame prayer lives abound, void of any change, miracle or victory. 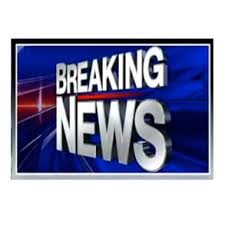 Thus, the devil has taken a foothold of prayer lives, Ephesians 4:27, given over to him by individuals who have lost hope.  Its no wonder that churches are in the state they are, empty by low attendance, filled with gossip or slander and corrupted by false teachings of the world.  Its time as Asaph urged many years ago to awaken God’s might, Psalm 80:2.

Another Pentecost is obtainable if saints are willing to follow the blue print left behind by the apostles, Acts 2:42-47.  We must put aside our petty disagreements, coming together  in a concert of prayer, united as one body in Christ, 1 Corinthians 12:12.  Once this point is reached, prayers like Acts 4:29, accompanied by immediate answers in Acts 4:31 will awaken God’s might, drawing others into the house of God.