Behind the scenes, there is a strategic attempt to disown the founding fathers of America.  This progressive movement is seeking to disown any leader who was influenced by religious or spiritual principles.  At some point in time dealing with that which is offensive has become more important than doing the right thing.  Subsequently, college professors, educational curriculum and mainstream media pundits are disowning that which made America the greatest country in the world.

“Whoever acknowledges me before others, I will also acknowledge before my Father in heaven,” Matthew 10:32.

During my five years as a student at the University of Delaware, I was fortunate to meet several foreign exchange students.  Many came to America hoping to make something out of their lives, perhaps doing better than their own parents.  I got to know most of these individuals through Intervarsity Christian Fellowship which met every Friday night on campus.  Once I grew out of the party scene, I began to hunger for something more in life.  Thus, Bible studies, campus events and prayer groups allowed me to dig deeper, drawer closer to God while developing godly friendships.

“But whoever disowns me before others, I will disown before my Father in heaven,” Matthew 10:33.

One girl that I met was from South East Asia.  Before Spring Break, she wrote her parents, informing them that she had recently made a decision to follow Jesus Christ.  Excited to share this news, it took almost a month to receive a return letter.  However, when she opened it, the response was shocking, disowned by her own family with no place to go home to after the Spring semester ended. While friends reached out to console her, most of us didn’t know what to say.  Unable to comprehend why Buddhists responded in this way, I guess her parents felt betrayed by leaving the only faith they knew.  After some time of contemplation, a few days before final exams began this girl stepped into the path of an oncoming train, committing suicide.

“Whoever does not take up their cross and follow me is not worthy of me,” Matthew 10:38.

While this was a tragic event, there is another which has eternal consequences.  Before sending his disciples out on a trial run, Jesus is blunt, clearing communicating his expectations.  There is no half-way for a follower of Jesus, you’re either all in or you’re not with God.  These high standards explain why so many turned away.  Today, there is public pressure to deny the Bible, it’s principles and teaching.  Those who do so are applauded and praised by the media.  However, this disowning fulfills Jesus’ words in Matthew 6:5.  Those who don’t deny Jesus face daily judgment, persecution and ridicule.  In the end, do you want to receive praise from mankind while being disowned by God?  Or do you endure hardship for the meantime, live as an outcast, yet receive recognition in heaven?  This is the dilemma of the disowning, where two worlds collide.

As a son of an immigrant, I learned to be frugal.  My grandmother kept all of her beds and couches in their original plastic to preserve these pieces of furniture as long as possible.  Eating out was not a regular option, only done on special occasions a few times each year.  The notion of wasting money was a foreign concept to me.

Do not eat the food of a begrudging host, do not crave his delicacies; Proverbs 23:6.

Now as I parent, I have softened some of my childhood beliefs.  Yet, one of my biggest struggles occurs while on vacation.  After working hard to save enough money for Spring Break, a week in Florida can break the bank quickly.  Whether its taking the family to a Phillies game in Clearwater, going out to a nice restaurant or visiting an amusement park, it doesn’t take much to blow a quick $500.  When I do, I become a begrudging host.

Trust in the Lord with all your heart, and do not lean on your own understanding, Proverbs 3:5.

For the needy, poor and unemployed, knowing where the money will come from for your next bill, meal or mortgage is scary.  Any kind of uncertainty can move the unstable into a state of panic.  In view of this, its essential to remember the words of Solomon by placing your trust in a firm foundation.  Though not everyone will be blessed with riches, when you do have the opportunity to give, do so with a cheerful heart.

Living Off the Grid, Unplugged for a Week

Prior to the advent of cell phones and internet, conversational skills were an important part of life.  While technological advances often enhance society, these two inventions are killing intimate relationships.  These modern devices are distracting individuals from bonding with other human beings whom they share a lot in common with, but haven’t taken the time to find out.

So teach us to number our days that we may get a heart of wisdom, Psalm 90:12.

During a vacation over Spring Break, I spent a week without wi-fi.  Thus, posting my blogs was a difficult challenge as even some of the restaurants I ate at did not offer free access to the internet.  Despite this challenge, I survived, spending more time with my family and children than normal.  Swimming in the day and playing pool at night provided a healthy climate for communication.

Making the best use of the time, because the days are evil, Ephesians 5:16.

Although you probably won’t find me on a reality show like Survivor, living off the grid and unplugged for a week was a blessing.  Since I’ve always been a doer, with a drive to experience the outdoors, visiting new places this past week has given me a new appreciation for life.  Sure, you do need money to travel, but if you limit your access to the social media, you will discipline yourself to make the effort to go and do things you have always talked about, but never done.  Seize each new day while it lasts!

Over Spring Break, I spent a sleepless night catching up on several of ESPN’s 30 for 30 episodes.  The feature which struck a nerve was entitled Fantastic Lies, a documentary on three Duke University men’s lacrosse players who were falsely accused of rape.  Unfortunately, in recent years certain issues create a firestorm and in this typically case some are assumed to be guilty before all the facts are presented.

Let us hold unswervingly to the hope we profess, for he who promised is faithful, Hebrews 10:23.

In this age of political correctness, innocent until proven guilty no longer applies.   The media has a tendency to jump to conclusions, labeling the villian and making it nearly imposible for justice to be achieved.  As the three Duke players and their parents found out, if Americans don’t have the financial means to defend themselves, fantastic lies can place the innocent behind bars.

So do not throw away your confidence; it will be richly rewarded, Hebrews 10:35,

From an Easter perspective, those who fear Christianity continue to spread lies about Jesus.  As the sermon that I heard on Sunday proclaimed, if skeptics can prove Jesus never rose from the dead, the Christian faith would be destroyed.  Thus, fantastic lies continue today, hoping that one will cause countless to abandon their faith.  To prevent this trend from being effective, make sure that you open the Bible daily so that the truth within will set you free.

Not So Weak After All

On my only day off during last week, I spent time helping finish field work in anticipation of Opening Day for Greater Newark Baseball.  Fighting a fever, extreme exhaustion and side effects from medicine, I quickly became emotionally drained.  Unable to sleep, I wrote a blog at 4:30 am, that’s in the morning for those who slept past noon over Spring Break.  Anyway, the only strength I could muster was a lame, but effective prayer, “In my weakness Lord, be strong today!”

Minutes after verbalizing these words, I lost my keys, was late to work and felt worthless for most of my first shift.  However, as I look back on my day, somewhere near the end of my first shift, the power of the Holy Spirit kicked in.  From there, God blessed me with one amazing encounter after another.

I was able to bring a smile to hundreds of children through a 30 minute long Chick-fil-A cow appearance at the Christiana Mall.  I nearly brought one parent to tears after offering her infant a Mini-Cow.  Another woman mumbled under her breath, “I need to eat Chick-fil-A, their people take care of their customers like first class citizens.”  Between 4-8pm this evening, I was walking on air, floating on the wings of angels.  Paul was right in 2 Corinthians 12:7-10, when we are weak, Christ truly is strong, and not so weak after all!

Living in Anticipation or Dying with Regret? 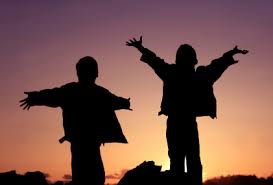 In the days of my youth, I often longed for certain moments in time, excited about a specific day, event or weekend.  Like a student who lives for Spring Break and summer vacation, anticipation was building up inside, waiting to be satisfied.  However, recently, I haven’t had much joy living day to day.  As I was filling up my car at a local gas station, a song from the 80’s, piped through exterior loud speakers, convicted me of my blasé attitude. 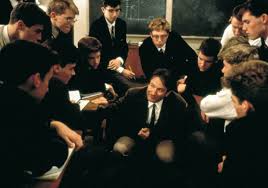 Robin Williams communicates a similar message to his students in the film Dead Poets Society.  Instead of a boring first day of class with assigned seats, handing out books and going over a course syllabus, Williams wants his students to live English.  Quoting a Latin phrase from a poem, Carpe Diem, Williams challenges his class to seize each day!  Thus, the question remains; will you live the rest of your days in anticipation of what may occur or die with regrets?

One of the most intriguing passages of scripture is found in the gospel of John.  The red letters in John 10:10 indicate that Jesus is speaking, “The thief comes only to steal, kill and destroy; I have come that they may have life, and have it to the full.”  They refers to Jesus’ sheep, those people who know the voice of their shepherd and follow him.  The first portion of Jesus’ words focus on how Satan attempts to steal your joy for living, kill any dreams you may have and destroy your life. 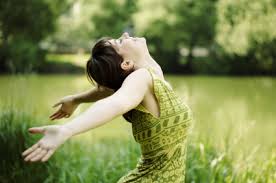 Therefore, this battle is not only internal; finding motivation to make the most of each day, but it is also spiritual.  Thus, if you want to make the promise in John 10:10 a living reality, putting on the armor of God is essential, Ephesians 6:11.  Otherwise, you might die regretting your last years on earth.  As Andy Dufresne says in Shawshank Redemption, “Get busy living or get busy dying,” the choice is yours?  Seize the day now before its’ too late!