Let Us Come Forward in Truth

In the days of Little House on the Prairie and Let it to Beaver, television attempted to present a moral or truth to viewers in each episode. While not every message was based on the Bible, America was a much more conservative culture. With each passing generation, executives and writers began to push the envelope further and further. Modern streaming services and series are a byproduct of this moral decay.

Let us all come forward and draw near with true (honest and sincere) hearts in unqualified assurance and absolute conviction engendered by faith (by [b]that leaning of the entire human personality on God in absolute trust and confidence in His power, wisdom, and goodness), having our hearts sprinkled and purified from a guilty (evil) conscience and our bodies cleansed with pure water, Hebrews 10:22.

Whenever anyone makes an error, mistake or outright sins, the Bible encourages individuals who have messed up to come forward in truth. Unfortunately, telling the truth is discouraged in many cultures; seen as a form of betrayal like a nark or snitch. Yet, in the passage above, faith involves laying everything on the line. Regardless of how you may feel, honesty remains the best policy.

Confess to one another therefore your faults (your slips, your false steps, your offenses, your sins) and pray [also] for one another, that you may be healed and restored [to a spiritual tone of mind and heart]. The earnest (heartfelt, continued) prayer of a righteous man makes tremendous power available [dynamic in its working], James 5:16.

My favorite class while attending Seminary was Revival and Revivalism. One of our textbooks studied the Great Awakenings. The second great awakening began when a young man felt compared to come up on stage and began to publicly confess his sins. When someone comes forward in truth, a spirit of confession can transform an entire congregation. Therefore, the next time you blow it big time, don’t be afraid to pour out your heart so that healing and restoration can begin.

Posted in Truth and tagged a spirit of confession, confess, encourages, faith, healing and restoration, honesty, Let it to Beaver, Let Us Come Forward in Truth, Little House on the Prairie, Modern streaming services, pour out your heart, push the envelope, Revival and Revivalism, telling the truth, The Bible, the Great Awakenings. Bookmark the permalink.

The dictionary refers to cynicism as an inclination to believe that people are motivated purely by self-interest.  Synonyms include doubt, suspension and skeptical.  As postmodern and secular humanism replace a biblical worldview, it’s not uncommon to hear individuals ridicule responses from God.  Following the Pittsburgh synagogue shooting at the Tree of Life Worship Center, a few members of the media scoffed at offers of thoughts and prayers for those affected.  Instead these individuals demanded calls for repealing the second amendment by demonizing guns.

Knowing this first of all, that scoffers will come in the last days with scoffing, following their own sinful desires, 2 Peter 3:3.

According to one of Jesus’ disciples, the world will see a rise in scoffing.  A growing number of people will liter their speech with deriding comments, mockery and a sneering tone.  The days of Leave It to Beaver and Little House on the Prairie are long gone.  In it’s place Modern Family, Seinfeld and the Simpsons has transformed millennials.  As a generation grows up without attending church, experiencing youth groups and or missing a spiritual mentor along the way, it’s no wonder that scoffers will increase as the second coming of Jesus approaches.

One of the criminals who had been hanged [on a cross beside Him] kept hurling abuse at Him, saying, “Are You not the Christ? Save Yourself and us [from death]!”– Luke 23:39

As a trio of people were in the process of being crucified, one desperate soul fought to the very end.  In the heat of the moment, this criminal became frustrated by Jesus’ lack of action.  Essentially, he was saying, “we don’t have much time left; if you’re truly the Son of God, save yourself; then save us.”  Unaware of God’s grand design, this man died without knowing a Savior.  Perhaps, the bitterness, ridicule and venom that comes out of someone’s mouth is a byproduct of spiritual frustration.  Thus, the next time you are a victim of ridicule, dig a little deeper into the life of this perpetrator to see if the hope of a Savior may transform their life.

Whatever is Morally Wrong Can’t Be Politically Correct

From 1993 to 2002, Bill Maher was the host of Politically Incorrect.  This thirty minute late night show began on Comedy Central and moved to ABC a year later before being cancelled 9 years later.  While this concept was great, it didn’t take long for this show to lose it’s purpose.  When you give someone a microphone, sooner or later their true beliefs will come through.  When preconceived notions and secular worldviews guide someone’s thoughts, it’s nearly impossible for members of the mainstream media to be politically incorrect.  Why, you may ask?  Whatever is morally wrong can’t be politically correct.

You were running a good race. Who cut in on you to keep you from obeying the truth? – Galatians 5:7.

No one likes or wants to be preached to, especially by hypocrites who don’t live out what they claim to believe.  Some of this resistance is a by product of the preaching by pastors in the 1970’s.  Shepherd’s of the house of God responded to the sex. drugs and rock n roll era with messages filled with hell and damnation.  Void of love, sinners rejected the church, gradually embracing the progressive movement.  Thus, Hollywood has abandoned shows like Leave it Beaver, Little House on the Prairie and Happy Days.  In it’s place, a new era of sitcoms dictate what’s socially acceptable and what’s not.  Now that Hollywood has taken control of the mic, they don’t mind preaching to the crowd which rejected them four decades ago.

Beloved, do not believe every spirit, but test the spirits to see whether they are from God, for many false prophets have gone out into the world, 1 John 4:1.

The Bible is full of offensive verses which explains the movement to ban this book from public education.  Yet, one crucial purpose of the Bible is to reveal right from wrong, good from bad, proper and improper.  In the letter to the church of Rome, the apostle Paul writes if it weren’t for God’s commandments, human beings would not know that coveting is wrong, Romans 7:7.  Unfortunately, at some point in time Americans have become more concerned about how someone feels rather than doing the right thing.  Just as the Holy Spirit is in direct conflict with human nature, political correctness is no longer morally based as grey areas have taken over.  As absolutes vanish, so does the power of Scripture.  While this process has taken nearly two generations to be fulfilled, whatever is morally wrong can’t be politically correct.  Perhaps, this may veer back in the right direction, but for now this is the reality of these days.

Similar to Eve in the Garden, curiosity, enticing fantasies and lust led people to taste that which was once forbidden.  Now passe, kissing and telling is the rage, posting selfies on Instagram and the like.  Thus, the envelope continues to be pushed, with no restrictions in sight.  Go big or go home evolves with each flick, taking viewers where grandma and grandpa never imagined.

A wise person chooses the right road; a fool takes the wrong one. – Ecclesiastes 10:2

Despite what preachers may say, free will is offered to all human beings.  No one, especially God, is forcing you to stay home on the weekends to watch reruns of Little House on the Prairie.  Nonetheless, each decision you make on earth does have consequences.  Living life from a Fifty Shades of Grey perspective will leave you further and further from the truth, John 18:38.  May this blog speak to the Jonah’s of today, running in the compete opposite direction of God so that Fifty Shades of Grey doesn’t lead to an eternity in hell. 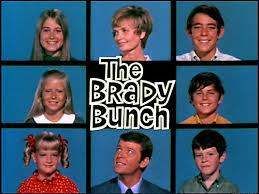 One might say Sherwood Schwartz was a pioneer, conceiving a sitcom for blended families well before society was willing to accept divorce.  Inspired by a 1965 column in the Los Angeles Times, Schwartz developed a vision for a show which took 3 girls and their mother played by Florence Henderson, joining them together with Robert Reed who had 3 boys of his own from a previous marriage.  When you add Alice, a live in maid staring Ann Davis, the Brady Bunch was born.  This suburban family related to average citizens, coping with the same struggles a parent, teenager and sibling face daily.  As shows like Little House on the Prairie became unrealistic, not achievable anymore, the Brady Bunch’s success led to 117 episodes from 1969-1974. 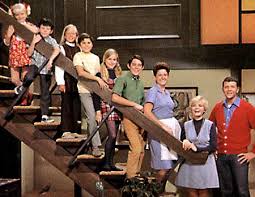 My favorite episode illustrates the battle which exists between brothers, Greg and Peter, who end up drawing a line down the middle of their room, attempting to distinguish who owned what.  Relying on emotions, not wisdom, their joint decision is not well thought out as Greg has complete control of the bathroom, yet only Peter has access to the hallway door.  Unfortunately, some people never mature, participating in ridiculous feuds over animals, children and possessions.  This moral decay continues today as a typical two parent family with one mom and one dad is now a minority, on the verge of becoming obsolete.  The Brady Bunch Generation has placed its stamp on American culture, embracing the imperfections so prevalent within mankind.

Genesis 31:1-2 reveals the beginning of a Brady Bunch like dispute between Laban and Jacob, whose name is later changed to Israel.  This tiff causes Jacob to flee without talking out his differences, like a child trying to run away from home in Genesis 31:17.  Laban pursues Jacob, eager to get things off his chest, Genesis 31:26.  Like a good solider, Jacob quietly waits for his turn to respond, beginning to rumble like a volcano ready to blow, Genesis 31:35-42.  Previously afraid of confrontation, Jacob releases his feelings which had been stored up for over 20 years.  Once both men had spoken their mind, this exchange sets the scene for an unique peace treaty in Genesis 31:43-55.  Instead of using tape to divide their territories, Laban and Jacob decide to use a heap of stones, creating a pillar.  This structure laid the boundary, similar to modern day property lines, agreeing not to intrude on the others’ life anymore. 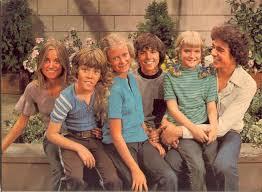 This episode and biblical account reveal several great life lessons.  First, communication is crucial to maintaining peace with friends, family and neighbors.  Second, expressing your emotions allows you to let go of any grudge or resentment that you may have toward an individual.  Finally, when you bring other witnesses into your dispute, this serves as accountability down the road to prevent you from repeating the same mistake over again.  No one can ever achieve perfection, but if you give God your best, Matthew 5:48, He can make the rest of your days on earth like a story book ending, at least as good as life can get.