Today’s featured song comes from the Christian rock band that has a song similar to Def Leppard. Arlen Salte’s album cover for their Great Big Noise album reminds me of Def Leppard’s Pyromania. The actual person Arlen Salte is the Executive Director of Break Forth Ministries based in Sherwood Park. While this sounds like a city in the United States, it’s actually located in Alberta, Canada.

And now, Lord, observe their threats and grant to Your bond servants [full freedom] to declare Your message fearlessly, Acts 4:29.

The lyrics of Great Big Noise serves as a call to share your faith with boldness. Just as Luke called first century apostles to declare the gospel of Jesus without fear, faith should be expressed in full freedom. Although the lyrics don’t go into evangelism and theology, the call is to raise your voice as you testify about how Jesus has changed your life. May this song inspire you to make a Great Big Noise.

The Greatest Ability is Availability

As the defensive coordinator of the Chicago Bears, Buddy Ryan became the mastermind of the 46 defense.  This scheme stymied opposing NFL offenses, leading to one of the greatest defenses of all time.  Behind the leadership of Jim McMahon at quarterback, Walter Payton at running back and a dominant defense, Chicago easily won Superbowl XX 46-10 over the New England Patriots.  This success catapulted Ryan to become head coach of the Philadelphia Eagles.  This experience led Buddy Ryan to once say during a press conference, “the greatest ability is availability”.

As they were going along the road, someone said to him, “I will follow you wherever you go.” And Jesus said to him, “Foxes have holes, and birds of the air have nests, but the Son of Man has nowhere to lay his head.” To another he said, “Follow me.” But he said, “Lord, let me first go and bury my father.” And Jesus said to him, “Leave the dead to bury their own dead. But as for you, go and proclaim the kingdom of God.” Yet another said, “I will follow you, Lord, but let me first say farewell to those at my home,” Luke 9:57-61.

The context of Ryan’s words refers to players who were not available to play due to injury.  Another common saying is “you can’t make the club when you’re in the tub,” getting treatment for injuries.  Some athletes tend to get hurt due to bizarre or freak accidents.  If you’re not a quick healer, players end up sitting on the bench instead of being an active participant.  Jesus eludes to a similar concept in the passage above.  If you truly want to be a disciple of Jesus, you must be available, ready at a moments notice to serve God.  However, anyone who has a habit of making excuses for why they can’t do this or that is not fit to be a true servant of God.

Whoever does not carry his own cross [expressing a willingness to endure whatever may come] and follow after Me [believing in Me, conforming to My example in living and, if need be, suffering or perhaps dying because of faith in Me] cannot be My disciple, Luke 14:27.

Later on in his gospel, a doctor takes this concept one step further.  Luke brings up willingness as if to question the desire of some disciples.  Words are meaningless unless followed by action or as Def Leppard once sang, “Action Not Words.”  Whether you are an athlete or an eager believer seeking to follow in Jesus’ footsteps, endurance and perseverance are essential qualities to possess.  Greatness doesn’t happen overnight.  Rather, diligence, focus and self-discipline pays off in the long run.  Therefore, if you want to become the apple of God’s eye, the greatest ability is availability.

Getting Too Close to the Fire

There is something intriguing about fire.  Perhaps, this may explain why boys are drawn to experiment and play with fire.  In January of 1983, English Rock Band Def Leppard introduced their latest album entitled Pyromania.  Over 10 million copies were sold in the United States suggesting either this sound or a fascination with fire contributed to its success.

Can a man scoop fire into his lap without his clothes being burned?  Can a man walk on hot coals without his feet being scorched? – Proverbs 6:27-28

As an adult, the concept of fire still applies, but usually in a different context.  The Bible uses fire as an analogy, comparing it with temptation.  Drawn in by the flames, Solomon suggests that if you get too close to the fire, you will eventually get burned.  Unfortunately, the scars will not appear on your skin like burn victims.  Rather, the soul can be scorched, resulting in soul ties and eventually soul spirit hurts if you engage and indulge in temptation.

If we deliberately keep on sinning after we have received the knowledge of the truth, no sacrifice for sins is left, but only a fearful expectation of judgment and of raging fire that will consume the enemies of God, Hebrews 10:26-27.

The author of Hebrews addresses those who become addicted to playing with fire.  Whenever you find yourself in a downward spiral, committing the same sin over and over again, God’s grace is being cheapened daily.  Essentially, individuals are crucifying Jesus over and over again with each sin.  Therefore, intervention is often necessary to drag someone out of addictive habits.  If this blog finds you a pyro or under the influence of some other sin, practice the words of James 5:16 so that you will be healed before its too late.

When Bitterness Leads to Violence

There are certain events in life that leave a taste of bitterness.  Such is the case of Samson when his father in law gave the woman he loved to another man.  While the rock group Def Leppard sings about how love bites, Samson’s experience brings a whole new perspective to this saying.  Subsequently, Samson verbalizes his displeasure vowing to seek revenge.

Samson said to them, “This time I have a right to get even with the Philistines; I will really harm them,” Judges 15:3.

In the heat of the moment, justifying your actions is easy to do.  Like Samson, certain offenses make individuals believe that they have the right to retaliate.  Thus, this selfish act by a father ignited anger with Samson to get even with the Philistines.  Without anyone around to calm him down, Samson lived the rest of his life with a heart set on violence.

The Lord tests the righteous, but his soul hates the wicked and the one who loves violence, Psalm 11:5.

When freewill is exercised on a daily basis, there are innocent victims.  Caught in the cross hairs, these unfortunate souls are left to wonder, “what did I do to deserve this?”  How these people respond will dictate their final destination?  Therefore, guard yourself against the root of bitterness.  Rather, pray that the love will give you a spirit of forgiveness to prevent you from lashing out at those whom do you wrong. 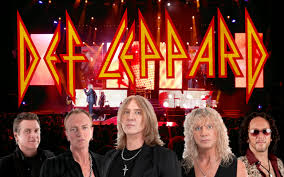 In 1987, Def Leppard ‘s album Hysteria introduced the dark side to falling in love.  The lyrics of Love Bites examines the emotional side of love as described in the final 2 stanzas below.  While several songs in the past have written about God’s agape or brotherly love, Def Leppard touches on the scars, wounds to the soul inflicted by intimate relationships that fall apart when feelings fade.

If you’ve got love in your sights
Watch out, love bites

Modern commercials, sitcoms and television programming are some of the biggest offenders of obscuring truth.  The images portrayed on the screens inside of American homes glorify temptation while minimizing any after affects.  This hyperreality conceals the reality that actions and words do have consequences.  Thus, when an individual carries out a similar act or behavior in life, the words of Def Leppard often rings true, “love bites!”

When Jesus receives the news that one of his close friends is dead, he wept, John 11:32-35.  This wasn’t a movie scene; these were genuine tears brought on the pain one feels expressed by Def Leppard’s song.  As soon as a human being opens their heart, becoming connected to another soul, their are taking at risk at love.  Although happy endings do occur on occasion, don’t be afraid to take a chance, especially on the One who sacrificed His only son for you and for me, John 3:16-17.