Today’s featured song comes from one of the compilation albums that I picked up at a Christian bookstore more than two decades ago. I think the title was Oxygen, a collection of unknown Christian dance/hip hop artists. Zero was by far my favorite, persuading me to purchase the Ravenous album upon my next visit. The album was okay, but the Zero Theme is a tune that should be played at all nightclubs.

And when he had spent all he had, a [g]mighty famine came upon that country, and he began to fall behind and be in want. 15 So he went and forced (glued) himself upon one of the citizens of that country, who sent him into his fields to feed hogs. 16 And he would gladly have fed on and [h]filled his belly with the [i]carob pods that the hogs were eating, but [they could not satisfy his hunger and] nobody gave him anything [better], Luke 15:14-16.

If you like Push It by Salt-n-Pepa or Shannon’s Let the Music Play, you’ll appreciate the Zero Theme. While the lyrics are designed to make you want to dance, there isn’t anything spiritual involved. To avoid any spoiler alerts, there is a funny remix from an old television show. If your sole desire is to blow off steam on a Friday afternoon, pop in the Zero Theme and you’ll be grooving in a manner of seconds.

Today’s feature song comes from the former lead singer of Sonic Flood. I met Jeff Deyo while I was a youth pastor in Columbus, Indiana which is Jeff’s hometown. Jeff’s story is similar to what happened to Tom Petty. The film Straight Outta Compton illustrates the fact that agents, producers and record labels use new artists to make themselves wealthy. Meanwhile, talented musicians like Jeff Deyo and Tom Petty barely make anything despite releasing top selling albums.

The thief comes only in order to steal and kill and destroy. I came that they may have and enjoy life, and have it in abundance (to the full, till it [b]overflows), John 10:10.

Jeff left Sonic Flood to partner with his wife to make a living as a musician. While I haven’t spoken with Jeff for more than two decades, it’s sad how many talented musicians aren’t able to make a career out of doing what they love. Deyo’s album Another Alternative and song with the same name combines dance, hip hop and rap. As the world continues to evolve, the Bible provides instructions of how to live an alternative life fueled by faith. May today’s song and this album touch your heart and stir your soul.

About five years ago, I discovered a couple of Christian music mixes on You Tube. One collection was Electronic Praise, another Hip Hop, and the final one was Dance. This search on the internet for quality Christian music introduced me to today’s artist. Mandisa followed a song by Capital Kings. As soon as Overcomer started to play, I made an instant connection with the lyrics.

I have told you these things, so that in Me you may have [perfect] peace and confidence. In the world you have tribulation and trials and distress and frustration; but be of good cheer [take courage; be confident, certain, undaunted]! For I have overcome the world. [I have deprived it of power to harm you and have conquered it for you,] John 16:33.

No one likes to endure disappointment and failure. As a former professional athlete, practice doesn’t always result in improvement. If progress is stunted or you start to regress, you need an overcomer spirit that Mandisa sings about in her song. If you ever find yourself down and out, doubting that you will ever achieve your dreams and goals in life, use Mandisa’ Overcomer to ignite and spark hope.

If Solomon proclaimed there is a time for everything, then its important every now and then to laugh at painful memories from your past.  While I wasn’t laughing at this specific moment, my worst dating nightmare could be a classic comedy movie or at worst a perfect idea for an episode in a sitcom.  This memory began on the first day of school, my senior year in high school.  While trying to memorize my locker combination, an attractive new student wandered down the hall, a couple of lockers away from me.  Before the week was over, I asked her out and she said yes; this was the highlight of my weekend.

Upon arriving at her home to pick her up, I didn’t realize I had asked Marcia Brady out on a date.  Before I knew it, I was being interrogated like a suspect for a crime.  Questions such as “have you had a speeding ticket in the last 6 months” bombarded like a dodge ball game gone bad.  Thirty minutes later, I was set free, but I felt like I was attending a funeral rather than a date.  While everyone in front of me and behind me at the movie theater were cracking up at my jokes, my date never giggled once.  Upon asking if she wanted to go out for ice cream afterward, she replied with another rejection.

One who has unreliable friends soon comes to ruin, but there is a friend who sticks closer than a brother, Proverbs 18:24.

A hand shake later, I thought my nightmare was finally over.  Except in the 1980’s, every teenager went to the mall to socialize and people like me worked at the mall.  Thus, while working Saturday, the next evening, my date from Friday night pranced around the mall with her boyfriend.  Hoping I would see them together, she wouldn’t have to explain her cold reception.  Intervening, my best friend Carl distracted me twice after my shift was over to avoid a confrontation, taking me in a different route around the mall.  Despite experiencing a nightmare at the movies, I did find out what a good friend I had and still have today.  Thus, even in disappointment, God will show you who your true friends are when the nightmare is over.

Back in the 1970’s, a new movement was born in the inner cities across America.  While theories exist as to whom, where and how this form of expression began, one thing is known.  Rap music was the inspiration behind break dancing.  Although this style has faded in popularity, don’t be surprised if you see intricate footwork, spinning headstands, tumbling and elaborate improvised movements.

Over the weekend, I was listening to music for several hours, trying to find something to fall asleep to.  Before I collapsed into a peaceful state of bliss, the lyrics to one song struck me, Love Break Me by Ocean’s Above.  This song may not lead you to dance, but it will urge curious souls to contemplate a spiritual transformation.  When the love of Jesus enters a human heart, a spiritual break dance commences.

Ravi Zacharias grew up in India.  After unsuccessfully attempting suicide, a Christin hospital worker reached out to him and gave his mother a Bible to read to Ravi out loud before being released.  These words touched his heart, Romans 10:19, leading to a life of service to God.   Now a successful author, motivational speaker and ministry founder, Ravi is performing a spiritual break dance on his way to heaven.  Don’t sit on the sideline.  Rather, get up, go to the dance floor and a bust a new move today!

A Jukebox of Memories

Before the days of cell phones and personal computers, a jukebox connected individuals at local restaurants.  Portrayed in sitcoms like Happy Days, placing a coin in the jukebox and selecting a hip song  often inspired young people to join the dance floor.  Thus, music enhanced the life of teens creating jukebox memories.

As technology advanced, diners began to install miniature jukeboxes in each booth, enabling guests to interact while listening to their favorite songs.  Over time, music became associated, linked and tied to special moments in time.  Whether you were traveling somewhere on vacation, going out on a date or enjoying your prom, music etches memories within our minds.

Today, I can be shopping in a local grocery store, driving in my car or walking down Main Street when I hear a song from my past.  Within seconds, my mind takes me back in time, reminiscing about where I was, who I was with and the friends I made along the way.  Through the good and bad, music is like a recipe to cure the blues in life.  Regardless of what you use to access modern music, may these devices provide soothing jukebox memories.

Shut Up and Dance 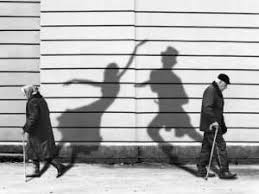 My wife and I attended a wedding reception last weekend.  Following the typical bridal party introductions and special dances, the other guests were invited to join the dance floor.  Despite music changing from decade to decade, DJ’s tend to provide the perfect mix of oldies, classics and the best of today.  Thus, when I approached the stage, I felt right at home.

As I began to shake my booty, memories of the past raced through my mind.  Although I was never one for words, the beat of the music created an ideal environment to shut up and dance.  Since going to my first dance, homecoming of my sophomore year of high school, I was good at imitating other people’s movements.  Once my fears of embarrassment subsided, dancing became one of my favorite past times.  Whether it was going to a nightclub like Pulsations, school events or weddings, I found my comfort zone, moving and twisting all night long.

Believe it or not, Psalm 37:7 contains a similar message with a much deeper meaning.  The Hebrew word used to describe rest and be still actually means to shut up.  Meanwhile, the word in Hebrew for wait patiently refers to dancing in a circle, similar to a slow down except own your own.  The context of this passage involves God trying to teach David and current believers a lesson about following directions.  Essentially, the message implies that if life isn’t going the way you expect, hope or wanted, “shut and dance.”  When the dance is over, God will direct, guide and lead you like a dance partner to where you need to go, Psalm 37:23-24.