While its’ unclear actually who coined the phrase, “timing is everything,” this nugget of truth still applies today.  Whether you are engaging in a conversation, watching a movie or reading a book, if the timing isn’t right, your interest will quickly fade.  Such is the case of a film I recently enjoyed, 7 Days in Utopia.  As a channel surfer like most bored Americans, I stumbled across this film a few times in the past, catching it at the wrong moment.  However, last night, shortly after the opening scene, I was hooked til the conclusion.

Robert Duvall plays a Yoda like character, training Luke Chisholm, a talented but hot tempered young professional, played by Lucas Black.  Duvall takes a person who is a cross between Tin Cup and Happy Gilmore for 7 days to work on his beliefs, mind and perspective.  Trying to overcome the demons in life, Duvall reveals the scars from his past that cut short his own professional career.  With a different focus each day, Chisholm is caught off guard, realizing there is more to life than hitting a little white golf ball into a hole.  On Easter Sunday, this week comes to an end while another journey is about to begin.

Seven Days in Utopia is based upon David Lamar Cook’s novel Golf’s Sacred Journey, Seven Days at the Links of Utopia.  Although, the movie portrays Utopia as a place, its actually a state of mind.  As citizens of earth prepare for an eternal resting place, the power of the Holy Spirit can transform neighborhoods into pieces of heaven on earth.  Whether you play golf or not, I recommend this film to all who seek a higher calling, looking for more than just living 9-5.  May God lead you to a spiritual utopia.

A Life Void of Passion

My earliest recollection of passion began in Junior High as friends debated the best music video on MTV, the greatest rock band and favorite sports teams.  In High School, I began to live by the 3 G’s: Girls, Golf and God, fluctuating in order depending upon the timing or season.  By the time college arrived, my interests shifted toward amusement parks, intramural sports and sand volleyball, with the latter dominating most of my summer nights.  When I began my career as a youth pastor, interacting with families, karaoke and water sports consumed most of my time.  As a family man, I have mellowed, spending time listening to music, working on my golf green out back and writing on a daily basis.

Passion is embodied in enthusiasm, excitement and feelings.  Although I still possess hot button issues inside my heart, most of the things I once held dear don’t illicit much of a response any more.  Sure, it would be nice for the Eagles to win a Super Bowl or witness another local team win a championship, but I refuse to place my hope in someone or something that disappoints you 99% of the time.  Likewise, I find it futile to debate music, politics and television shows.  As Solomon once said, “everything was meaningless, a chasing after the wind; nothing was gained under the sun,” Ecclesiastes 2:11, in reference to pleasures on earth.  Perhaps, this may explain why I am currently living a life void of passion.

If you have ever reached this point, emptiness tends to cause you to lose your voice, bored by most of the conversations you hear.  However, when you find a cause worth living for, passion can and will return.  In Acts 4:29, the passion of Jesus Christ prevented the disciples from being shut down.  Rather, the power of the Holy Spirit consumed their souls, not able to forget about the risen Savior who suffered, died and rose again 3 days later.  This is the passion I am missing, lost in translation between the pages of the Bible and putting faith into action.  May the fire of Christ followers burn bright in your region so that lives void of passion will be invigorated by the power of God.

Back in January, days before my sledding accident, I had planned on giving up watching television during Lent. I was going through one of those phases in life where I sought to make history, not watch it happen. Thus, I pressed on to complete the writing on my second movie script, Behind the Devil’s Door.  Everything was moving forward as schedule until that one fateful day, January 29th.

My initial rib injury prevented me from sleeping more than an hour or so at a time, leaving me exhausted, unable to receive the rest I needed.  Ten days later, the force of a sneeze at work altered the blood flow of my internal bleeding, unknown to me, leading to several weeks of bed rest after a 4 day visit to the hospital.  Distraught, I took the advice of a relative who suggested to relax and enjoy the 2014 Winter Olympics which had just begun.  Beside listening to music, reading and writing, I didn’t have many options stuck in my downstairs recliner to avoid steps.

I don’t care if you have 1000 channels to observe daily, sooner or later you’ll be bored out of your mind, never fully satisfied by the entertainment on the big screen.  As a relatively active person, staying idle at home left me craving something more meaningful in life.  After watching the entire first season of Joan of Arcadia, I became restless longing for traces of God in Hollywood, but I was left disappointed.  To fill this void, I won’t be satisfied until the vision God has given me for my second script is complete, Philippians 1:6.

What vision or dream has God given you? Please leave a comment. 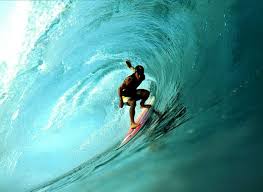 On a long car ride, families scan AM, FM and satellite radio to find the perfect station to meet their listening needs.  During the day, individuals search the world wide web to check up on emails, Facebook messages and find important information for their jobs.  Meanwhile, after a hard day’s work, most people feel entitled to channel surf until they find something that will help them relax and unwind.  As this surfing commences, have you ever considered what exactly is your soul searching for?

King David talks about purity within Psalm 24.  According to verse 4, a pure heart does not lift up their soul to an idol.  To lift means to elevate or raise something up.  An idol refers to any deity, god or icon.  Unfortunately, most soul surfers don’t consciously worship music, the internet or television.  However, soul surfing is subtle, gradually taking hold of you while you are in a bored, idle or vulnerable state of mind.  Thus, before you expect it, a wave of temptations come crashing down on top of you, flipping your world upside down, often knocking you spiritually unconscious.

Jesus refers to soul surfing in Mark 8:34-38.  Spiritual soul surfing requires 3 essentials: a servant’s heart, an unswerving commitment to faith and emulating Jesus.  Like a beginner trying to learn something completely new, spiritual soul surfers must forget their past by focusing on their new life in Christ, Galatians 2:20.  All the money in the world is not worth the price of forfeiting the human soul, Mark 8:36-37.  Therefore, the next time you turn on some music, click on the computer or turn on a television, make sure your soul is surfing on things above, Colossians 3:1-4.