Recalling Minds to the Way of Life in Christ

I was an average student most of my life, often day dreaming in class about what I wanted to do. For example, I spent most of Geometry designing golf courses which explains why I never understood this concentration of math. Until I realized that my grades in high school would impact which college I could attend, my mind was hard to corral. Since academics wasn’t my forte, most of my energy, focus and time was invested into sports. After becoming a Christian in the middle of my sophomore year, the Holy Spirit helped me become a better student by recalling the promises of the Bible to my mind.

For this very cause I sent to you Timothy, who is my beloved and trustworthy child in the Lord, who will recall to your minds my methods of proceeding and course of conduct and way of life in Christ, such as I teach everywhere in each of the churches, 1 Corinthians 4:17.

Sometimes the quest for knowledge gets in the way, hindering one’s ability to grow spiritually. Members of the Corinthian Church were raised in a culture that idolized philosophers. While the apostle Paul’s visit to this region in Greece sowed spiritual seeds, after his departure it appears that many went back to their former way of life. After receiving news of their idleness, back sliding from the apostles’ teaching, Timothy is sent as a means to recharge their spiritual batteries. Paul’s goal is to recall minds to the way of life in Christ.

Thomas said to Him, Lord, we do not know where You are going, so how can we know the way? 6 Jesus said to him, I am the Way and the Truth and the Life; no one comes to the Father except by (through) Me. 7 If you had known Me [had learned to recognize Me], you would also have known My Father. From now on, you know Him and have seen Him, John 14:6-8.

Seeing in Believing is the name of a 1934 British film. Seven years later author John Dickson Carr wrote the mystery novel Seeing in Believing. German singer Xavier Naidoo, Andrew Lloyd Webber and Adriana Evans also released songs with the same name. During the first century, seeing is believing was a common phrase for those who witnessed a miracle performed by Jesus. Yet, the disciple known as doubting Thomas still had reservations, regularly questioning Jesus. Since modern Christians have to rely on the words of the Bible, as you read these living pages may your minds be recalled to the way of life in Christ.

Lake Ingle was a typical teenager, hoping to pursue higher education after graduating from high school.  Initially wanting to play sports in college, Ingle choose Indiana University of Pennsylvania to pursue this dream.  However, after Lake realized his athletic abilities weren’t good enough to compete at this level of competition, Ingle decided to turn his attention toward academics.

Therefore a man shall leave his father and his mother and hold fast to his wife, and they shall become one flesh, Genesis 2:24.

Now a senior, this religious studies major made national news for being kicked out of class recently.  During a Christianity 481: Self, Sin and Salvation lecture, Ingle became offended by something professor Alison Downie taught.  After a 20 minute video on mansplaining, sexism from men and male privilege, professor Downie asked students for their thoughts. When none of the women spoke up, Lake stood up for his beliefs which are supported by the Bible, claiming there are only 2 genders.  For acting upon his conviction, Lake Ingle has been barred from this class, citing the class disruption policy at IUP.

He who finds a wife finds a good thing and obtains favor from the Lord. Proverbs 18:22.

A little over 20 years ago, I moved from the mid-west to seek a masters in theological studies on the east coast.  During a visit to one of my potential seminaries, I meet with the dean of academics of a school in Pennsylvania.  During this conversation, I interrupted this woman briefly to reply to  a shocking comment.  Instead of studying the Bible in its proper historical context, this school believed in allowing each student to come up with different conclusions on their own.  In the other words, there is no absolute truth.  Whenever I hear reports from institutions of higher learning like at IUP, this crisis of faith is a by product of the elimination of absolute truths.  Unless this trend is reversed, the term higher education will merely be a word, not reality.

You Are What You Think: Champion or Loser

Self fulfilling prophecy refers to one’s positive and negative expectations of an upcoming event which influences a person or group in a manner toward fulfilling their expectations.  The optimistic individual will tend to keep a good attitude regardless of the circumstance often resulting in a positive outcome.  Meanwhile, pessimists become flustered by the littlest trial, over acting like a drama king or queen, pushing pitiful souls toward disaster.  If you’re not careful, you can become what you think, unless of course the mind of Christ resides within you, 1 Corinthians 2:16.

One of the greatest examples of this theory goes back to 1993-94, coaching high school basketball in Indiana.  Except for our center, 6’4″ 250 pounds with hops, we didn’t have a team which intimidated others by our size.  However, each player grasped their defined role, shared the basketball and developed a hunger for victory.  During the regular season, we finished undefeated, never trailing for a second, tied at the outset of each game before taking a quick lead, usually by double digits.  In the city championship semi-final game, a last second 3 pointer by our opponent sent the game into overtime, before winning comfortably by 6.

However, the finals were a different story, disrupted by the host team’s fans, we never got into a flow for the game.  Facing our first deficit of the season, my team was down by 10 early, cutting the lead to 8 by halftime.  Like the locker room speech in Remember the Titans, our players wanted to remain perfect, without a blemish on their record.  Little by little, my team widdled the lead down to 2 points in the final minutes.  When we tied the game at 57, we needed one more defensive stand to have a shot to win.  After a solid defensive rebound and timeout, my team set up for one last shot.  Packing in their zone to take away our big man, we replaced our power forward with an extra shooter, our 6th man.  Though our best shooter missed with 3 seconds left on the clock, a long rebound to the weak side provided just enough room for our sub to float into the air to catch and tap in the miss before the buzzer sounded.  We believed and were crowned city champions.

In life, people are gifted in different areas.  Whether one is blessed in academics, athletics, drama, music or wisdom, you become a champion or loser within your mind.  Sure, there are various degrees and levels in each field, but the battle for success lies in your own mind, James 1:5-8.  The storms, waves and whitecaps in life will knock you down from time to time, leaving a sour taste.  Yet, don’t let a defeat or loss turn into a lifestyle.  Rather, guard your heart, Proverbs 4:23 and take your thoughts captive, 2 Corinthians 10:3-5 so the memories of losing will be demolished. 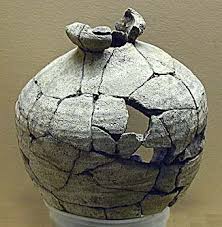 With the recent success of modern art, beauty is often in the eye of the beholder.  This same logic can be applied to self-esteem.  If an individual attains success in academics, athletics or socially, this person may feel like a bouquet of roses.  On the other hand, if one experiences a regular dose of defeat, failure and setbacks, they might feel like shattered glass, trying to pick up the pieces of their life one day at a time. 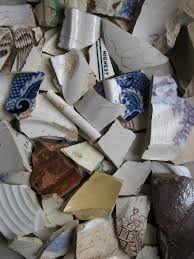 While most people think of David as the second king of Israel, he spent several years in isolation, warned by his best friend Jonathon to flee from his jealous father, King Saul.  In the psalms, David  pours out his heart to God, trying to make sense of the pain he was enduring.  This is where we feel David’s  raw emotion, “I am forgotten by them as though I were dead; I have become like broken pottery,” Psalm 31:12.

Depression is an unfortunate circumstance of life.  God allows people to experience trials in life so that they may become mature and complete, James 1:2-4.  However, this process includes mess ups, mistakes and unfulfilled expectations.  Though you may currently feel like a piece of broken pottery, the Great Potter, Abba Father, has eternal plans to hold you together, 2 Corinthians 4:16-18.  May the power of Holy Spirit be the spiritual glue to fix our bodies comprised of broken pottery.