Tag Archives: the mind of God

The Baptism That Almost Never Happened

To an average person, the mind of God is hard to fathom. Yet even one of Jesus’ disciples; one of three members of his inner circle tried to cancel Jesus’ plan to save the world from sin, Matthew 16:20-23. Three years earlier, the spiritual leader known as John the Baptist attempted to pull off a similar stunt. In the passage below, John tries to talk Jesus out of being baptized by him. John felt unworthy to perform Jesus’ baptism.

Then Jesus came from Galilee to the Jordan to John to be baptized by him. 14 But John [f]protested strenuously, having in mind to prevent Him, saying, It is I who have need to be baptized by You, and do You come to me? – Matthew 3:13-14

Human beings have a hard time seeing the finger of God moving, touching, and working behind the scenes. Perhaps half the problem is that human nature makes most people focus on the here and now so that God’s greater good is never seen. Transition is one of those unpleasant experiences that seems unnecessary at the time it occurs, but it opens the door for future events to occur in your life. This is something that John and Peter both failed to recognize.

But Jesus replied to him, [g]Permit it just now; for this is the fitting way for [both of] us to fulfill all righteousness [that is, to [h]perform completely whatever is right]. Then he permitted Him. 16 And when Jesus was baptized, He went up at once out of the water; and behold, the heavens were opened, and he [John] saw the Spirit of God descending like a dove and alighting on Him, Matthew 3:15-16.

Despite being a discerning prophet, John needed to be persuaded to baptize Jesus. Based upon the discussion in the passage above, John was finally sold on fulfilling all righteousness. Modern day Christians don’t have the luxury of Jesus talking sense into us. Yet we do have an invisible counselor to usher in God’s will for our lives, John 16:13. The next time the Devil, Ephesians 2:2, seeks to block you from doing what God desires, keep in step with the Holy Spirit, Galatians 5:26, so that God’s will prevails.

Posted in Truth and tagged fulfilling all righteousness, Human nature, Jesus' plan to save the world, keep in step with the Holy Spirit, prophet, The Baptism That Almost Never Happened, the devil, the finger of God moving, the mind of God, transition, usher in God's will. Bookmark the permalink.

After a series of disappointments, Jesus takes an inventory of his twelve disciples, wondering if they will ever get it.  Cutting directly to the point, Jesus asks “who do you say that I am?”  Despite previous and future blunders, Simon Peter get’s it right this time, “Son of the living God.”  While the timing was right, Jesus unveils the future, what will happen and by whom He will endure suffering.  From one moment of greatness to the gutter, Peter tries to privately rebuke Jesus.  Instead the tables are turned as Peter begins to think like the devil.

But when Jesus turned and looked at his disciples, he rebuked Peter. “Get behind me, Satan!” he said. “You do not have in mind the concerns of God, but merely human concerns,” Mark 8:33.

In the passage which follows, Jesus lays out a three step plan for developing a genuine faith which takes into consideration the mind of God.  After nearly three full years with Jesus, the disciples struggled to break free from human concerns.

1. Deny Yourself: Take on the very nature of a servant, placing the needs of others above yourself.

2. Take Up Your Cross: Set out on ascertaining what God’s will is and make this your calling in life.

3. Follow Christ: Through prayer, study of the Bible and worship, follow in the foot steps of Jesus.

I’m not sure who first said the mind is a terrible thing to waste, yet this also applies to faith.  Christians can do the right thing, say the right thing and worship in an ideal church, but still fail miserably in their faith.  Like any competition, if you don’t play a complete game, it only takes one bad stretch to blow it.  Therefore, as you wrestle with balancing necessary human concerns, may you take Jesus’ advice in Mark 8:34 and develop into a faith like Christ.

Posted in Truth and tagged ascertaining what God's will is, Deny Yourself, fail, faith, genuine faith, have in mind the concerns of God, Jesus, overcoming disappointment, overcoming failure, Prayer, rebuke, satan, servant, Son of the living God, study of the Bible, the mind of God, thinking like the devil, twelve disciples, worldly mindsets, Worship. Bookmark the permalink. 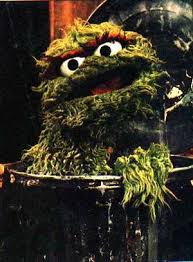 Hindsight can change your perspective on the past, giving you a thorough understanding of the events in your life.  On the other hand, obstacles, setbacks and unforeseen trials can blur your vision for the future, resulting in bleak expectations.  When optimism is replaced by a spirit of doubt, its time to seek divine intervention. 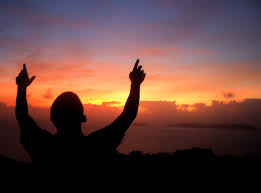 Known for many things, King David had become empowered by his own prayer life.  This man of God was not afraid to express his concerns to the Living God.  Fed up by the prosperity of the wicked, David turned his attention to God’s miracles of the past.  Thus, within Psalm 86:17, he pleads with God to receive a sign of goodness.

The better you know someone, the more risks you begin to take, asking deeper and more personal questions.  Whether it was his years in the wilderness as a shepherd or a close relationship with a spiritual mentor not mentioned in the Bible, David knew the true nature of God.  His prayers within the book of Psalms are powerful outlines, a wealth of knowledge for anyone looking to find answers in life. 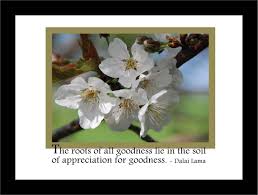 Therefore, don’t accept mediocrity in your spiritual life.  Though you won’t be able to fully discern the mind of God as Job tried to do, signs of goodness are awaiting.  The apostle Paul speaks of these things in a passage to the church in Ephesus, Ephesians 2:10.  Instead of turning into Oscar the Grouch, release your burdens upward, pouring your heart and soul in prayer to the giver of life, James 1:17. 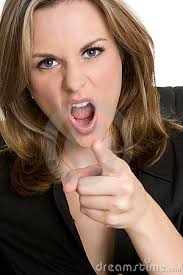 On the night of December 30th, I noticed 3 of my friends did not come to work, a sign of layoffs after the Christmas season.  Recognizing the situation, one of the full time employees congratulated me as our shift began saying, “Hey, you made the cut; now you have a few months to prove what you can do!”  At 12 midnight, the usual bell signaled our lunch break, a mid-night snack to mark the first few minutes of New Years Eve 2012.  As I sat down, I felt pretty good, examining in my mind what it meant to keep my job and why I was chosen over several other qualified individuals.  Just when I thought I knew the mind of God, I was forced to take the walk of shame, with 2 other temps, escorted out of the building 4 hours later.  I felt as if God was saying, “Oh no you don’t,” like His words to Job beginning in Job 38:2.

Unfortunately, sometimes you can read too much into every day events.  However, there are moments in history where God clearly does not want you to succeed so He will lead you into His perfect will, Romans 12:2.  Such is the case when I thought I was going to be a P.G.A. teaching professional 16 years ago.  The first step to meet this goal was to pass the players ability test, known as the P.A.T. by assistant golf pros.  The objective is to shoot a set score or lower for 36 holes based upon the difficulty of the course, known as the slope.  On the 6,600 yard, par 72 links style layout in Chicago, I had to shoot 155.  I played a practice round a week before this tournament so I could develop a game plan as well as get use to the speed of the huge greens.  Due to the numerous water hazards, I decided to leave my driver behind, playing all 36 holes with my 3 medal.

On a windy day in July, 50 assistants set out to break through early in the morning for an 8 hour grind of endurance and nerves to demonstrate their golfing skills.  Despite a chili-dip on the second hole, a penalty stroke, 5 3-putts and a 4 putt, I still shot 79 on the first 18 holes, needing only a 76 to earn my player’s card.  I began the second round with a flurry, 1 under through 4 holes.  Despite another ball in the water and double bogey, I only needed to card a 37 to complete my journey on the final 9.  Two more 3 putts, one for par and 5 missed birdie putts under 10 feet led me to shoot 157, 2 shy of the mark.  Only 4 assistants fulfilled their dreams on this day, one of whom was in my group.  In fact, like the Amazon employee above, he said after the round, “I can’t believe you didn’t make it!”

Looking back on this day, it was as if God put a lid over the hole so my ball would not drop in.  This failure eventually led me to Delaware for an amazing 10 years of coaching high school golf and teaching the Bible to middle and high school students.  While I am far from comprehending the mind of God, I do know from personal experience that the Lord uses road blocks to divert individuals toward the right city, church or occupation.  Although the apostle Paul really wanted to visit the province of Asia in Acts 16:6-7, the Holy Spirit had other plans for his ministry, stopping him in his tracks.  Likewise, as I wrestle through another setback in life, I’m waiting for God to change His tune from “Oh no you don’t to I’d been waiting for your arrival!”