A Reservation with Darkness

The Stand by Stephen King initially was released as a novel in 1978.  The movie was then introduced as a mini-series on ABC in 1994 after a longer second version was completed.  One of the telling scenes in this drama occurs during a conversation between Harold Lauder and Nadine Cross.  After each exercise free will to follow Flagg, the character symbolic of the devil, each come to the realization, “we’re damned.”

These people are springs without water and mists driven by a storm. Blackest darkness is reserved for them, 2 Peter 2:17.

At the end of chapter 2, Peter uses an interesting analogy.  I think the point of his words refers to God’s creations which are meant to serve a specific purpose.  Sometimes due to extreme or rare conditions, nature does not provide what it was designed for.  Thus, springs can dry up and mists can hide a powerful storm.  Likewise, whenever someone chooses to be a vessel of devil, a reservation with darkness is secured.

You belong to your father, the devil, and you want to carry out your father’s desires. He was a murderer from the beginning, not holding to the truth, for there is no truth in him. When he lies, he speaks his native language, for he is a liar and the father of lies, John 8:44.

I’ve heard various projections of what heaven and hell will be like in sermons over the last 30 years.  One of the common threads of these messages is that you will be surprised by who is in heaven and who is not.  During a confrontation with religious leaders, Jesus rebukes the Pharisees and teachers of the law for their hypocrisy.  Sometimes even people you look up to can let you down, falling from grace.  Yet, in the end, be careful that you are not just following a legalistic set of rules.  Rather, may the words of the Bible transform your heart, soul and mind to become disciples of Jesus Christ.

Posted in Truth and tagged a vessel of devil, disciples of Jesus, free will, heart, heaven and hell, hypocrisy, mind, soul, Stephen King, the devil, the father of lies, The Stand, The Stand "mini series", truth. Bookmark the permalink.

The Shawshank Redemption film was inspired by the Stephen King 1982 novel collection Different Seasons.  In the 1994 movie, Tim Robbins plays a banker, Andy Dufresne, falsely accused of killing his wife and a golf professional during an affair which took place at his own home.  The jury had enough motive to convict and sentence Dufresne to two life terms in prision at Shawshank State Penitentiary.  When a new inmate reveals a confessional of this crime from a former cell mate, the warden denies Andy’s request for a re-trial as well as killing the prisoner who could prove Dufresne’s innocence.

When he saw that this met with approval among the Jews, he proceeded to seize Peter also. This happened during the Festival of Unleavened Bread, Acts 12:3.

During the first century, a fisherman turned evangelist experiences a similar ordeal.  When the Jesus movement threaten to weaken Judaism, one of its leaders was arrested by King Herod.  Although his life was spared unlike his friend James of Zebedee, Peter is held by armed guards awaiting his trial after the Passover celebration.  To insure he would not escape, Peter was bound with chains on each arm.  Neither predicament seemed plausible until redemption entered the equation.

Suddenly an angel of the Lord appeared and a light shone in the cell. He struck Peter on the side and woke him up. “Quick, get up!” he said, and the chains fell off Peter’s wrists, Acts 12:7.

Andy Dufresne used a rock hammer, a poster of Rita Hayworth and time to escape through the tunnel used as the prison’s sewage pipe.  Switching the accounting book in the vault, Andy sent a letter to a local newspaper exposing the corruption at Shawshank on his first day as a free man.  Meanwhile, an angel wakes up Peter, releases his chains and leads him out of prison without anyone noticing his escape.  Following years of injustice, the warden commits suicide instead of facing law enforcement and Herod dies after failing to praise the Lord.  Although each story has its own twists and turns, the accounts by Luke of Peter in Acts 12 can be described as the original Shawshank Redemption.

The Hands of God

Stephen King has written a plethora of books, several of which have become classic films.  Taking horror in a new direction, King’s 1994 mini-series entitled the Stand portrays an end of days film in America.  Following a biological outbreak, only 10 percent of the population survive with the righteous calling the heartland home.  Meanwhile, those tempted by evil make their way to Las Vegas.  In the end, the Hand of God comes down to rescue the saints from a nuclear bomb.

While they were worshiping the Lord and fasting, the Holy Spirit said, “Set apart for me Barnabas and Saul for the work to which I have called them, Acts 13:2.”

Throughout history, God’s hands have been invisible, mysteriously protecting faithful Israelites.  Accounts abound within the Old Testament.  Noah and his family escaped the flood.  Abraham and Lot fled Sodom and Gomorrah before its demise.  Shadrach, Meshach and Abednego survived a fiery furnace and Daniel spent a night in a lion’s den, without harm.  Are these merely coincidences or the hands of God?

So after they had fasted and prayed, they placed their hands on them and sent them off, Acts 13:3.

According to the New Testament, God’s hands are extended from heaven through his followers.  When the elders laid hands on people, discernment, gifts and wisdom are imparted.  Similar to a prayer circle, believers expect God to do great things.  Without faith, even Jesus could not perform miracles in his home town.  Yet, when a concert of prayer is formed around a person in need, the hands of God are more than a legend; His power become a reality to those who receive this blessing.

Since the terrorist attacks on marathon runners and spectators on April 15th in Boston, media outlets are trying to come to grips with this unfathomable act against humanity.  In my car, talk radio is a buzz, verbalizing opinion after opinion.  Water cooler chats about local sports have been replaced by a more serious topic.  Meanwhile, cable news networks are scanning every nook and cranny of this unfortunate event, searching for credible experts to speak on this matter.

From my perspective, most commentators are missing the mark.  You can’t punish the law abiding citizens for a few people who have lost touch with reality.  Sure, Americans have to be vigilant, proactive about suspicious people in public places.  However, you can’t legislate against insanity and if you do, lawyers will just find another way to excuse their client from taking responsibility.  The world’s problem is not insane terrorists, its evil within the hearts and minds of individuals. 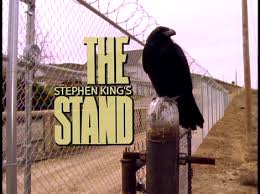 While many things in Hollywood films are fake, the presence of evil in society is a Clear and Present Danger.  Stephen King’s 1994 mini-series entitled The Stand illustrates how evil can change the attitude, behavior and life style of average citizens.  Meanwhile, Andrew Neiderman’s film The Devil’s Advocate uses a combination of embellishment and reality to portray spiritual forces of evil.  Although many have been duped by lies, countless Americans refuse to accept the truth about evil in this world. 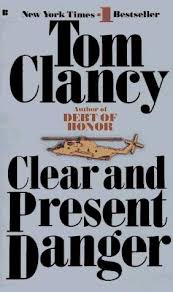 The apostle Paul refers to Satan as the ruler of the air in Ephesians 2:2.  One of Jesus’ disciples refers to the devil as a roaring lion, seeking to pounce on and devour unprepared bystanders, 1 Peter 5:8.  Jesus claimed the devil could enter your thoughts, Matthew 16:23 and hearts like Judas Iscariot as detailed in the 4 gospel accounts.  If 3 godly men, pillars of the church testified to this fact, why can’t modern Americans accept evil as the cause of terrorism?  May the words of Romans 10:17 open minds to embrace the shocking reality, “its evil, not insanity!”