If you have ever attended a professional sporting event, before each game begins the MC or Voice of the radio play by play makes an announcement.  The words usually go something like this, “will you now rise, take off your caps and direct your attention to the flag as we honor America with the singing of our National Anthem.”  This tradition would have likely continued.  Yet, following the stance of Colin Kaepernick during 2 NFL preseason games by sitting down, then taking a knee, the National Anthem may become a thing of the past just like saying the Pledge of Allegiance in public schools.

Blessed is the one who does not walk in step with the wicked or stand in the way that sinners take or sit in the company of mockers, Psalm 1:1.

On any given Sunday, you will find most players standing, a few on one knee and perhaps a rebel sitting on the team’s bench.  Yet, what does it really mean to stand, kneel or sit.  Whenever someone stands it represents a few things.  Standing symbolizes a willing participant, taking a stance or coming together for a common cause.  To take a knee suggests someone is resting, to gather their strength before moving on.  Meanwhile, kneeling is more of an act of worship, to bow down in humility to honor God.  Finally, sitting has multiple meanings.  Individuals can participant in sit ins, join others in protest or in the biblical context, sitting down refers to completing what you set out to do.

But whose delight is in the law of the LORD, and who meditates on his law day and night, Psalm 1:2.

Going forward, I hope that singing the National Anthem doesn’t turn into the ACLU’s attack on the pledge of allegiance.  Nonetheless, how people live, the stances you take and the character displayed will be a greater factor than celebrities on television.  In this day and age, people are starving for leaders, someone you can believe in and follow.  In the absence of leadership, the Colin Kaepernick’s of this world will try to set new trends to follow.  In the end, its up to you, to either stand, kneel or sit as America’s freedom’s are under siege by those who detest the Christian heritage of this country.  What will you do?

A Heart That Listens

There is a saying, like father like son.  While children do inherit certain traits from their parents, this doesn’t guarantee success.  According to the prophet Samuel, David possessed a special heart which craved to do the things of God.  Thus, to follow the Lord requires the ability to listen to a heart which is in tune with the Holy Spirit, Galatians 5:25.

While this sounds good in concept, David was a horrible father, setting a bad example and unable to control his own children according to 2 Samuel.  Perhaps, this might explain the actions of his son Solomon.  Early on, Solomon walked in the ways of the Lord, seeking wisdom rather than fame.  The Hebrew word found in 1 Kings 3:9 refers to a listening heart.  Thus, Solomon was blessed beyond measure, positioned for greatness.

So give your servant a discerning heart to govern your people and to distinguish between right and wrong. For who is able to govern this great people of yours?” 1 Kings 3:9

Unfortunately, seeing isn’t always believing.  Subsequently, even if you know the right thing to do in God’s eye’s doesn’t mean you will follow through to honor God.  Some where along the way, Solomon was sidetracked, succumbing to the peer pressure of ungodly wives.  Essentially, Solomon began to co-worship the Lord along with the gods of the Middle East.  In view of this disappointing witness, may God draw you closer to Him so that you will receive a heart that listens, trusts and obeys.

Depending upon your personality type, it may be hard to be serious, joke around or relax.  Everyone is wired a certain way so to break out of your norm isn’t easy.  As for me, I tend to be competitive and intense.  Sometimes I wonder if God places me in certain situations to loosen me up.

People were bringing little children to Jesus for him to place his hands on them, but the disciples rebuked them, Mark 10:13.

Based upon the context of Mark 10, it appears the twelve disciples had a tendency to be all work and no play.  Watching from a distance, Jesus intervened, trying to teach a valuable life lesson.  Whether it was the innocence of children or the endless energy most possess, Jesus stressed the importance of welcoming young people.  Perhaps interacting with youth might loosen up the disciples.

When Jesus saw this, he was indignant. He said to them, “Let the little children come to me, and do not hinder them, for the kingdom of God belongs to such as these, ” Mark 10:14.

This passage serves as a reminder to not to forget the next generation.  While you may think you are right, another voice may provide a new or quicker way of doing things.  Beside accepting children, adults would be wise to invest time in nurturing young men and women.  By doing this, you will honor God and leave a legacy of prepared believers to impact those struggling to make sense of these ever changing days.

What Tables Would Jesus Turn Over Today?

The final 7 days of Jesus’ earthly life is often referred to as Passion Week.  Beginning on Monday, Jesus experienced several different emotions.  While approaching Jerusalem, Jewish broken down in tears, having compassion on lost people, unable to discern what was about to happen.  A few hours later, Jesus is enraged by a temple corrupted by the world, becoming more like a flea market than a house of worship.  The Bible claims Jesus turned over tables, trying to eliminate impure motives from this holy place.

According to the Bible, God sees all things.  If today was the beginning of his final week on earth, I wonder if Jesus would respond in a similar manner.  How much compassion would be displayed?  What anger would be demonstrated and where else beside the temple would Jesus target?  Although its just a hunch, I believe Jesus would go into the house of saints, throwing idols off their shelves, trying to purge believers from their worldly ways.  After this visit, Christians must decide for themselves, relying on freewill to determine, “who will I follow?”

And no creature is hidden from his sight, but all are naked and exposed to the eyes of him to whom we must give account. – Hebrews 4:13

One of the greatest misconceptions about Christianity is that God forces individuals to do this or do that.  Essentially, the Lord gives freedom, like Adam and Eve in the Garden with just one rule to follow.  Although the fall of mankind has complicated life, each day involves choices, Deuteronomy 30:15-16.  According to Moses, good choices lead to life and bad ones to death.  Therefore, if you want to honor God and avoid from having the tables turned over in your own temple, the body, choose the narrow path today, Matthew 7:13-14.

When You’re Rejected by God

Rejections come in various forms like having a credit card declined, being dismissed by an employer or being turned down for a date.  However, whenever prayers go unanswered, problems continue to mount or nothing ever seems to go right, individuals feel rejected by God.  Confused by God’s lack of action and silence, wounded souls struggle to make sense of their current dilemma.

Following their banishment from the Garden of Eden in Genesis 3:23, the first family resembled a soap opera more than God’s well pleased creation.  To make matters worse, a sibling rivalry commenced in Genesis 4:3-5.  When big bigger, Cain, had his offering rejected by God, resentment and jealousy flowed toward his younger brother Abel.  As disappointment gave birth to depression, a wicked scheme tempted the mind of Cain.  It’s one thing to be honest with God, yet revenge led Cain to overreact, ending the life of his little brother.

Although the Lord does predestine certain leaders to fulfill the great commission, there are clear indications why God rejected Cain and accepted Abel’s offering.

1) God honors those who give their best, Matthew 5:48.  Genesis 4:3 suggests there was no sense of urgency within Cain to give the Lord his first fruits.  Cain waited until his belly was full and his family had enough food to eat before he got around to it.  Foregoing Matthew 6:33, Cain appeared to trust in his own ability and not God.  Meanwhile, Abel gave to the Lord his first and most precious sheep, believing God would replace these in the near future, Genesis 4:4.

2) Offer your body as a living sacrifice, Romans 12:1.  If everything that is good comes from above, James 1:16-17, when people honor God with their bodies, you get the Lord’s attention like Abel.  On the other hand, its easy to become lukewarm about things in life, picking and choosing when its convenient to serve God.  I guess you can say, Cain’s heart wasn’t into his offering.  Therefore, when you fall into this habit or pattern, its essential that you receive a spiritual heart transplant, Ezekiel 36:26.

3)Be your brother’s keeper by holding others accountable, James 5:19-20.  Cain tried to avoid any responsibility for his brother’s death.  Whether you’re the oldest or the youngest, each believer should set the example for others to follow, 1 Thessalonians 4:11-12.  Whenever someone does stray off course, its vital to steer wandering souls back toward the narrow path, Matthew 7:13-14.  Thus, the next time you feel rejected by God, reflect upon these 3 indicators so that you won’t regret or overreact to the hand you have been dealt like Cain.

After my wife and I had our first child in 1998, it was time to begin the search for our first home.  Novices in this area, I called upon my mother, a successful realtor for more than a decade, leaning on her expertise and knowledge to start this process.  Similar to Goldilocks and the 3 Little Bears, it took several visits to a half dozen homes before God led us to the right one.  The last step before giving an offer was the home inspection, a thorough examination by an expert to access the exterior, interior and every little nook and cranny to expose any flaws. 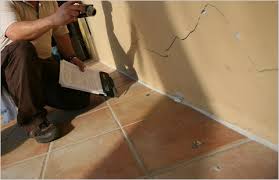 King Solomon talks about a different kind of home inspection within one of his Psalms.  “Unless the Lord builds the home, its builders labor in vain,” Psalm 127:1a.  Based upon a dream from 1 Kings 3:5-9, God blessed Solomon with a heavenly wisdom.  Thus, a home must be built upon a solid foundation to endure the storms in life.  However, structures must also be inspired by the Lord, built for the right meaning and purpose.

The apostle Paul used a similar method for home inspections in his day.  According to 1 Corinthians 6:12-20, each body is compared with a living temple.  Filled with many temporary things in life, believers are reminded that this is where the Holy Spirit was designed to reside.  Upon reading these passages, I am shocked at what I have found living in my own temple.  While painful, internal home inspections are a necessary evil, helping individuals measure their degree of commitment to the Lord.  Don’t put this inspection off another day.  Rather, use Galatians 5:19-23 as a check list to make sure every stone is uncovered.  In his search for the Pink Panther, Inspector Clueso never gave up!  While he was unsuccessful, all the Lord deserves of you is that you honor Him with your body!