The Shadow of Things to Come

Foreshadowing is a literary term that serves as an indication, a warning of future events. Shakespeare mastered the art of foreshadowing, sprinkling this technique within several of his literary pieces. From a biblical point of view, the Old Testament is full of foreshadowing as hints of a Messiah started dropping following Original Sin, Genesis 3:15. Prophets of old placed imagery into the Bible to prepare first century Jews for Jesus’ arrival.

Such [things] are only the shadow of things that are to come, and they have only a symbolic value. But the reality (the substance, the solid fact of what is foreshadowed, the body of it) belongs to Christ, Colossians 2:17.

In a letter to the Church at Corinth, the apostle Paul refers to the shadow of things to come. This passage serves as a way to unwrap the science of God. Theology unveils the connection between Jesus and God the Father. Colossians 2:13-15 illustrates how Jesus was able to conquer death and cancel the written code set up in the Old Testament. The foreshadowing here is likely the future church, belonging to and united by Jesus.

Let no one defraud you by acting as an umpire and declaring you unworthy and disqualifying you for the prize, insisting on self-abasement and worship of angels, taking his stand on visions [he claims] he has seen, vainly puffed up by his sensuous notions and inflated by his unspiritual thoughts and fleshly conceit, Colossians 2:18.

Unfortunately, premature judgements, labeling and stereotypes have corrupted modern day churches. As leaders act as umpires instead of spiritual mentors, the gospel message has been watered down. When preachers end up becoming hypocrites, void of any spiritually fruit, souls are left with a bad taste. If Christians aren’t prepared for the storms of life, the shadow of things to come will bring ruin rather than rest. May this blog serve as a warning to prepare yourself for future rough patches, James 1:3-6, like a shadow of things to come.

Posted in Truth and tagged foreshadowing, labeling and stereotypes, original sin, prophets, Shakespeare, the art of foreshadowing, The Bible, the connection between Jesus and God the Father, the science of God, The Shadow of Things to Come, the storms of life, theology. Bookmark the permalink.

The Presence of Jesus in the Old Testament

Foreshadowing is an indication of what is to come. When plan A failed, allowing Adam and Eve to have free reign of the Garden and Eden except for the Tree of Knowledge, God uses imagery to introduce plan B. The apostle Paul explains the science of God in Romans 5:12-21. What Adam failed to do, being obedient to God, Jesus is sent several thousand years later to seek and to save that which was lost, Luke 19:10.

And I will put enmity between you and the woman, and between your offspring and her Offspring; He will bruise and tread your head underfoot, and you will lie in wait and bruise His heel, Genesis 3:15.

In the second book of the Bible, the Lord raises up a man named Moses to be the voice of God for Israel. The only problem was Moses suffered from a severe speech impediment, Exodus 4:10. Despite getting frustrated with Moses’ lack of faith, God sends Aaron to speak on his behalf until Moses finds the courage to confront Pharaoh. The only way to survive an angel of death was to sacrifice a perfect lamb, without blemishes. Then sprinkle it’s blood above and upon your door posts. This lamb is symbolic of Jesus.

And you shall eat it thus: [as fully prepared for a journey] your loins girded, your shoes on your feet, and your staff in your hand; and you shall eat it in haste. It is the Lord’s Passover. 12 For I will pass through the land of Egypt this night and will smite all the firstborn in the land of Egypt, both man and beast; and against all the gods of Egypt I will execute judgment [proving their helplessness]. I am the Lord. 13 The blood shall be for a token or sign to you upon [the doorposts of] the houses where you are, [that] when I see the blood, I will pass over you, and no plague shall be upon you to destroy you when I smite the land of Egypt, Exodus 12:11-13.

Seven hundred years prior to the birth of Christ, a seer named Isaiah prophesied about Jesus’ birth, life and death. Isaiah 53:1-10 compares Jesus to a shepherd laying his life down for his sheep. The disciple who Jesus loved echoes this in John 10:1-11. While the Old Testament does show the wrath of God poured out upon the disobedient, the presence of Jesus sets the stage for God’s unconditional love in the New Testament. May this blog remind you of the numerous promises of God that have been fulfilled and those yet still to come.

Posted in Truth and tagged Adam and Eve, faith, foreshadowing, Jesus, lamb of God, love, Moses, Pharaoh, shepherd, the Garden and Eden, The Presence of Jesus in the Old Testament, the science of God. Bookmark the permalink. 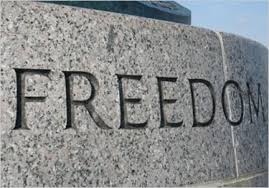 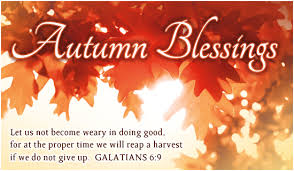 Posted in Uncategorized and tagged a spirit of perfectionism, anger, blessings, compliments, coping with disappointment, criticize, curses, encouragement, foreshadowing, frustration, heart, negativity, Prayer, the 12 tribes of Israel, the favor of God, will. Bookmark the permalink.
%d bloggers like this: