Why Blogging Should Be A Lifelong Pursuit

In the second Ultimate Gift movie the narrative shifts toward the life of Red Stevens, a billionaire in the oil business.  After Jason Stevens’ girl friend abruptly leaves, Red’s grandson seeks the council of Mr. Hamilton played by Bill Hobbs, the firm’s attorney.  During this conversation Hamilton loans Jason Red’s diary, an account of his rise to the top.  Along the way, Red journals each life lesson beginning as a young teenager.  This daily exercise gave birth to the ten gifts Jason faces in the first film.

Another illustration of writing can be found in Fireproof starring Kirk Cameron.  When his marriage hits the skids, Caleb Holt, Kirk’s character, considers divorce until a near death encounter changes his heart.  Desperate to salvage his marriage, Caleb turns to his father for advice, who suggests following a forty day Love Dare Challenge.  Early on, Caleb goes through the motions until God transforms his heart.  Fighting a losing battle with pornography, these recorded words provide a blueprint to overcome a life void of purpose.

David burned with anger against the man and said to Nathan, “As surely as the LORD lives, the man who did this must die! – 2 Samuel 12:5

When individuals take the time to contemplate, reflect upon life and question their beliefs, pioneers of literature are born.  During my years of taking seminary classes, I found myself drawn to Augustine of Hippo.  Augustine regularly spent time in his backyard, relaxing his mind by observing his garden.  In this quiet place, a theologian was spawn connecting the dots between life, philosophy and biblical principles.  According to Jerome, Augustine’s practice of documenting his beliefs established anew the ancient faith.

He must pay for that lamb four times over, because he did such a thing and had no pity, 2 Samuel 12:6.

Today, the closest thing to a diary is blogging.  Although motives for writing are different, words serve as a map of where you are, where you’re going and show where you have been.  After beginning a pursuit to become a screen writer in my free time, I thought about ending this blog, blazing a trail in a different direction.  However, during a car ride on Thanksgiving Eve, I now feel called to continue this for life.  Though my topics may be sporadic, this daily habit helps me keep in touch with my soul as I express myself for Him.

Sizing Up My Faith 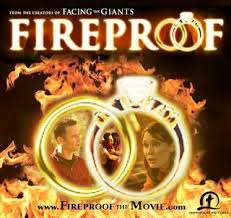 On Valentine’s Day, 2013, I published a blog entitled Supersize Your Faith.  Inspired by the Holy Spirit, God led me to challenge friends and readers to super size their faith during the month of March.  I encouraged fellow believers to expand their reading of the Bible, ramp up prayer lives and become an active participant within church.  As the sun has set on the month of March, this Easter evening, its time to size up for my faith.

Beginning, March 1st, I attempted to read 3 chapters of the Bible per day.  While I didn’t hit my goal every day, God allowed me to finish Habakkuk – Malachi, the gospel of Mark, half of John and 31 Psalms.  Most of my days began with a Psalm, serving as my outline for morning prayer and providing direction for the prayer journal that I kept.  Although, my overall prayer life hasn’t changed, God’s response to recent prayers did. 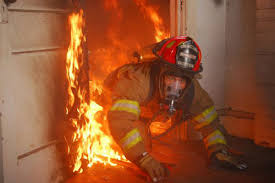 For example, as I reflect upon the last 9 days, I can see the hand of God providing for me within 24 hours of my heart felt cries for help.  First, God gave me clarity through a series of interviews, closed one door while opening another and during a 3 day stretch answered me exactly as I requested with a job, desire to finish my movie and a 40 hour work week.  I even laid hands on my cat, who had a 2 inch hole near her back and within a few days this area was healed.  Before praying, this hole grew larger day after day.

My greatest failure, where I need to most work in the future was being more active in my church community.  Initially, I had contacted a friend about starting up a small group Bible Study, but I didn’t follow up so this good idea faded away.  Meanwhile, I didn’t possess a servant’s heart, often rushing out of church or I found excuses to rationalize my lack of action.  The only fruit I bore in this area was coming up an idea of an Easter Egg hunt on March 30th to reach out to T-ball children and families of the Greater Newark Baseball League, where I have coached the past 3 seasons.  Thankfully, my wife coordinated this event with Pastor Matt of Overflow, leading to a successful day, impacting many who attended this special event. 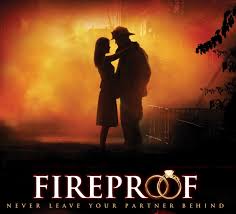 Like the 40 day challenged introduced in the film Fireproof, Super sizing your faith should never end.  When Kirk Cameron’s character, Captain Caleb began this series of tasks, little progress was made.  However, as soon as Caleb changed his attitude, his life was transformed from the inside out.  Therefore, don’t give up hope if you are feeling defeated.  Ask the Holy Spirit, 2 Timothy 1:7 for extra help to better understand the Bible, develop an intimate prayer life and leave a legacy for Christ in your community.  Rise up with the risen Savior!