The Conscience, Guilt and Fear

Regardless of your beliefs, environment and upbringing, three invisible forces guide each soul.  As C.S. Lewis suggests in Mere Christianity, the conscience is a moral compass, providing a sense of right and wrong.  Guilt is a by product of the conscience, like a warning signal that cuts to the heart when you sway off course.  Finally, before there was a reality show, God uses fear to scare people straight off the road which leads to destruction, Matthew 7:13-14.

For I know that good itself does not dwell in me, that is, in my sinful nature.  For I have the desire to do what is good, but I cannot carry it out, Romans 7:18.

The Law of Human Nature works hand in hand with the conscience, guilt and fear.  Whether human beings like it or not, each have a curious idea within their mind that they ought to behave in a certain way, and cannot really get rid of it.  Nonetheless, C.S. Lewis breaks the bad news in his chapter with the same title, individuals do not behave in this way despite their knowledge of the Law of Nature; breaking it like the apostle Paul’s confession in Romans 7.

Because Herod feared John and protected him, knowing him to be a righteous and holy man. When Herod heard John, he was greatly puzzled; yet he liked to listen to him, Mark 6:20.

An example of the conscience, guilt and fear can be found in Mark 6:14-28.  King Herod probably felt it was wrong for him to take his brother’s wife while he was still living.  John the Baptist’s teaching  exposed Herod’s sin, causing his wife to hold a grudge, looking to eliminate this voice of reason.  Meanwhile, despite his wrong actions, John’s words stirred Herod’s soul, instilling a sense of fear within.  Although Herod had John the Baptist murdered to keep an oath made in public, this decision likely haunted the king for the rest of his life.

Now these things occurred as examples to keep us from setting our hearts on evil things as they did,         1 Corinthians 10:6.

Today,  a progressive society is hoping to nullify the conscience, guilt and fear.  Trying to relive the Age of Enlightenment, educators are encouraging children to do what’s right in their own eyes.  This philosophy didn’t work out so well for the Judges of the Old Testament so why listen to this lie now.  Rather, be open to the guiding light of your conscience.  Treat guilt like a step in the wrong direction and continue to work out your salvation with fear and trembling, Philippians 2:12.

In the Business of Solutions; Not Assigning Blame

If you read the title of professions such as Civil Rights Leader, Community Organizer and Man of the Cloth, common sense would lead you to believe each is in the business of solutions.  In fact, when working together in unison, these positions play a vital role in dictating the environment that exists in their own cities across America.  Unfortunately, when the cameras of the media show up in town, rogue individuals often lose sight of the goal by assigning blame.

Ratings, selfish ambition and talking points do just the opposite as negative words incite relational forest fires, placing classes, races and political ideologies against one another.  Ferguson, Missouri is the latest epicenter, as citizens searching for justice and revenge did not receive the verdict from the Darren Wilson Grand Jury as they had hoped.  Despite the collaborating accounts of eyewitnesses, the media has withheld key facts from this investigation to encourage outrage.  Instead of wanting the truth like Col. Nathan Jessup in A Few Good Men, they have chosen to assign blame.

I’m not an expert on the media, but it appears they are suppressing the news rather than presenting it.  What this nation and every country needs are people hungry for developing solutions.  When placed in charge, the United States government has a history of failure.  As the number of individuals on Food Stamps and Unemployment continue to grow, who will get behind visionaries like Glenn Beck to start solving problems one community at a time.  While Dr. Martin Luther King had a dream, unless neighbors put aside their petty differences, this dream will never become a reality.

And Then… It Was Night

There is something unusual that occurs as the sun goes down.  Perhaps people think that no one will see their actions, hidden by the dark.  This mentality is nothing new as even first century Christians fell prey to this flawed mindset, Romans 13:11-13.

When the night arrived, Judas Iscariot left the Last Supper.  Caught off guard by Jesus’ accusation of betrayal, a thought conceived in his mind was acted upon.  Unseen by everyone except God, Judas was exposed by his disingenuous kiss on Jesus’ check.

Whether you’re battling demons of addiction, bad habits or poor choices, don’t let the temptations of night knock your off track.  Although this is easier said then done, the environment you choose will be influenced by how well you listen and learn, Matthew 13:1-9.  Follow in the steps of Romans 13:14 so that when the night arrives, your soul will be prepared to ward off evil spirits of your past.

With the advent of twitter, overreaction has a voice, tweeting out emotions, opinions and rage.  Subsequently, there is a growing fear among citizens of telling others how you really feel.  To guard against the next media frenzy, the truth is often found off the record, behind closed doors.

Growing up in the 1980’s, I was taught not to be afraid of letting others know who you are.  Nonetheless, deep inside there were whispers, “what if people don’t like me?”  Fueled by peer pressure, I blended into my environment, letting my guard down only when the timing felt right.  Except for a few friends, my faith was hidden behind closed doors.

One of the most difficult passages of the Bible to comprehend is Matthew 10:32-39.  Jesus is about to send his disciples out into the world for the first time.  As the Lord goes over a list of expectations, the words of this passage sends a wave of conviction, crashing over my soul.  Essentially, if anyone is ashamed of their faith, they will be left behind closed doors.  In view of this fact, open the door to your heart by sharing your faith today.

Don’t Be So Koi; Unleash Your Potential

Koi fish, also known as nishikigoi in Japan, are domesticated carp kept for decorative purposes, usually in water gardens.  However, koi have an unique characteristic, growing only as large as their environment allows.  Thus, if you have a small fish tank, their size will be stunted to a few inches.  When given the opportunity, koi can grow to nearly 4 feet in size, but only in the right conditions like a large pond or lake.

In life, many individuals are afraid of the unknown, the areas beyond their comfort zones.  Subsequently, most people limit their potential, scared to take a chance or risk embarrassment outside in the big sea.  Instead of blossoming, souls tend to settle for mediocre lives, secure in the safety of their normal surroundings.  Unfortunately, this is not the plan God called his disciples to follow, Mark 16:15-18.

Today, Christians leave this responsibility for pastors, preachers and teachers, excluding themselves from Jesus’ command.  Although the harvest is still ripe for the picking, Matthew 9:35-38, the sidelines are flooded, me included, with believers too self-absorbed with life to get into the game.  In view of this unsettling truth, break away from patterns of idleness.  Don’t be so koi; rather unleash your potential by fanning into flame the gifts you have t offer, Romans 12:3-8.

The Thorns of Life

When speaking to someone was impossible, Jesus became an engaging figure, using stories to captivate his audience.  Like tiny little morsels, Jesus’ parables contain a wealth of knowledge about life.  On this particular Sabbath in Matthew 13:1-9, the crowds grew so extensive that Jesus entered a boat just off shore, sitting down as his followers gathered around the beach to listen. 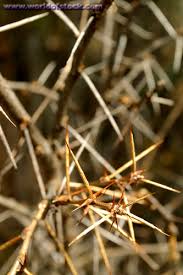 As he continued, Jesus had the farmers in the palm of his hands, speaking about the different terrains each encounters.  Since cursing the land in Genesis 3:17-18, finding ideal conditions was rare, leaving compacted, rocky and weed infested areas to grow crops.  God’s words in Genesis foreshadowed current conditions with painful toil resulting in thorns, thistles and some plants to eat, Matthew 13:22. 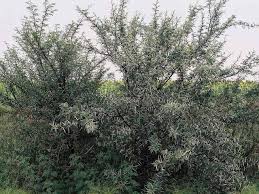 Within my own yard, I see the thorns of life more than ever before.  It seems like the older I get, briar patches of worry begin to choke the joy out of life.  Meanwhile, sticker bushes leave marks, wounds to my soul, often tearing my heart in the wrong direction.  Thistles have become like sand on the seashore, sticking like burrs, embedding within my body like a parasite.  If I don’t seek spiritual medical attention soon, even my mind is in danger of being poisoned like Peter, Matthew 16:23.

Unfortunately, these thorns aren’t going anywhere until Jesus returns.  Therefore, you must use your Bible as a spiritual Farmers Almanac, getting clued in daily about impending droughts, famine or trials.  Although you have no control over the soil, you can place yourself into a healthier social environment.  Change is hard, but its a step in God’s direction.  May the Holy Spirit serve as a spiritual Round Up to stop, thorns, thistles and weeds of life before they wrap around your soul.