The saying, “absence makes the heart grow fonder” first appeared in 1602, published within Francis Davison’s Poetical Rhapsody.  This expression applies to several aspects in life.  Thus, while working nights since July, I began to miss some of the television shows I use to watch with my family.  Until Saturday, a marathon to check up on a few of my favorites, I forgot how empty entertainment can leave a soul, void of any significant meaning.

Although spending an entire day as a couch potato sounds appealing, boredom is a likely destination despite how many channels your cable or dish company provides.  According to Philippians 2:4, every human does need to be refreshed, before they can be of any benefit to others.  Yet, indulging in comedies, movies and sitcoms provide temporary pleasure before fading fast.  If you choose this path, emptiness is unavoidable.

Subsequently, individuals need to look in a different direction to experience a complete restoration.  Emptiness can be replaced by practicing Romans 12:1-2, leading to a transformed mind.  Depending upon your own desire, devotion and discipline, the timing on this change varies.  Whether you’re listening to or reading the Bible, Romans 10:17, faith will not disappoint, making the empty feel whole once again.

Before the first rain drop touched earth, mankind had lost touch with God.  Like a New Year’s Celebration, out with the old and in with the new, boundaries were eliminated.  This mentality is described in Genesis 6:1-6, causing the Lord grief.  In an age of wickedness, Noah found favor with the Lord.  Unlike Adam and Eve, Noah actually did everything the Lord commanded, Genesis 6:22.  Building an ark the size of a football prior to the existence of rain, now that’s faith beyond comprehension.

Abraham was an old man when the Lord came calling.  The thought of a nation as massive as the sand on the seashore must have been enticing, Genesis 12:1-3.  However, there’s just one problem, elderly men don’t have children with elderly women.  As time ticked away year by year, most people would have given up, quit and called it a life.  Just as a doctor once confirmed in Luke 1:37, “nothing is impossible with God” so Abraham held on until his first child was born.

Today, skepticism abounds, with countless souls disappointed by lies, hypocrisy and unbelievable promises.  Although in their hearts they want to believe, troubled minds hardly ever come around to faith, side tracked by doubt.  Perhaps the words of the apostle Paul in 1 Corinthians 1:18-2:16 still serves as a stumbling block to the wise.  A fool doesn’t have much to lose whereas the wise have their reputation to hold on to.   Regardless of the barriers that are present, may Christ like lives and transformed saints shine light into a dark world so that faith can be embraced by the lost.

Did God Really Tell Me That? 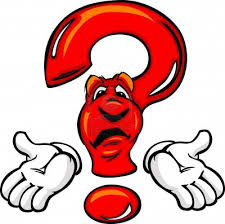 Although its been thousands of years since Lucifer first planted the idea of questioning God within eve’s mind, Genesis 3:1, there is a new trend gaining traction.  Sure, there will always be doubters, haters and nay sayers who will claim God does not exist.  Yet, this latest fad might be more harmful, especially when their promises come up empty.  Like a page out of the Bible, more and more people are sharing stories about how God is speaking to them in an audible voice, either in dreams, during a prayer or while reading the Bible.  Before these phanatics get excited by telling anyone who will listen, maybe they should practice 1 Thessalonians 5:21-22, asking the question, “did God really tell me that?”

The reason why I say this is that gullible and hurting people are often burned by optimistic news, taking what pastors, television evangelists or faith healers say as gospel, as if these words came straight out of Jesus’ mouth.  Back in February of 2012, I began to hear countless testimonies, people who reached out to the parents of Joseph Feeley, one of my former students who had been battling cancer for 2 years.  Though I believe each had good intentions, they were proved wrong when Joseph went to be home with the Lord on February 27th, less than a month after confidently proclaiming Joseph would be healed, traveling throughout the country as a motivational speaker.

Six months later, I received a similar message at a Christian bookstore in Delaware.  Since I was still searching for a full time job, I was vulnerable, grasping at straws for anything positive.  When I wrote a blog on this encounter in late August of 2012, I was hopeful the words of this prophet might come true, “God will reward you with a great paying job, surpassing your wildest imagination.”  Unfortunately, this grandois prophecy did not occur within the time table give but who knows, maybe my position at Amazon could turn into something special.  However, like the Feeley family, I am still in a lot of pain, disappointed by the outcome of my current path.

Instead of crying over spilled milk, I won’t give up on chasing my dreams of becoming a novelist, screen writer or both.  In future blogs, I will be careful not to exploit anyone with promises unless I am certain of a specific message, truth or word of insight people need to hear.  The lesson to be learned from this blog is to dot your i’s and cross your t’s, ensuring your words don’t inflict false hope to a world searching for answers.  May these words, stirring within my heart, strike a cord, helping you to reflect before blotting out any words in the future.