Making Your Way Back

No matter how disciplined you may be, everyone has a low point in life. A period where a poor decisions results in disgrace, embarrassment or public humiliation. Despite being driven, focused and goal oriented, I have allowed anger, frustration and lust lead me into a pit of despair. Looking back, I drifted way off track in junior high, high school and college. Some of these phases I went through lasted longer than others, ensnared and trapped by darkness.

And when the mourning was past, David sent and brought her to his house, and she became his wife and bore him a son. But the thing that David had done was evil in the sight of the Lord, 2 Samuel 11:27.

The Bible is filled with confessionals, stories of wayward souls attempting to make their way back to God. One of the most famous involves a former king who rose to power at an early age. Perhaps, a lack of maturity laid the groundwork for a year of rebellion. Adultery and murder were byproducts of David’s willful disobedience. When you read Psalm 32 and Psalm 51, you’ll find a blue print for making your way back to God.

Then David’s anger was greatly kindled against the man, and he said to Nathan, As the Lord lives, the man who has done this is a son [worthy] of death. 6 He shall restore the lamb fourfold, because he did this thing and had no pity. 7 Then Nathan said to David, You are the man! Thus says the Lord, the God of Israel: I anointed you king of Israel, and I delivered you out of the hand of Saul, 2 Samuel 12:5-7.

Like the prodigal son who came to his senses in Luke 15:17-18, Nathan’s illustration opened David’s eyes to his spiritual condition. This analogy lead David to confront the errors of his way. This story moved David to finally come clean, confessing his evil deeds to God. Yet, when anyone sins, there are consequences that you must endure. The son conceived from David’s affair died, results in mourning. While your distance back to God will vary, the sooner you make a u-turn, the less painful your journey back will be.

Posted in Truth and tagged analogy, consequences of sin, disciplined, goal oriented, Making Your Way Back, making your way back to God, overcoming bad decisions, spiritual condition, the prodigal son. Bookmark the permalink.

In 1993, Hollywood pushed the envelope further than most screen writers had gone before in the film Indecent Proposal.  As Woody Harrelson and Demi Moore lose their life savings gambling in Las Vegas, they encounter a billionaire who offers a selfish plan to solve their financial woes.  Robert Redford offers one million dollars to the couple if Woody allows him to spend one night with his wife.  Controversial at the time, this concept is an idea taken right out of the Bible.

Four hundred years following the flood, God called Abram to leave Haran and the comfort of his family, Genesis 12:1.  Traveling toward Canaan, Abram makes 2 altars to the Lord, dedicating his life to the Lord in the hills between Bethel and Ai.  However, like the 1993 movie, during the first sign of turbulence, a famine, Abram relies on himself, not the Lord.  Since it was common for kings to steal beautiful wives, killing their husbands, Abram came up with the original indecent proposal.

Located in Genesis 12:10-13, Abram encourages Sarai his wife to tell a little white lie to Pharaoh.  Compromise is so subtle, logically excusing ourselves from sin due to circumstance.  As this plan is carried out to completion, Abram becomes a hero, honored with sheep, cattle, donkeys, camels and servants.  In the process, Sarai is taken as Pharaoh’s wife, but curses follow his family immediately.  Like the sailor’s in the days of Jonah 1:8, Pharaoh quickly recognizes Abram as the source of his troubles.

Being duped by Abram, Pharaoh confronts him in Genesis 12:17-20, kicking this couple out of Egypt, left to fend for themselves during the rest of the famine.  While on  the outside, Abram might have felt like he got away with his plan, consequences follow.  Sarai becomes barren, she talks Abram into having a son with another woman, Genesis 16:1-2 and trials become a way of life for this couple.  If your life is a mess like this family or you are feeling burdened by the stress of life, call on the name of the Lord, Proverbs 3:5-6.  If you do this, the Holy Spirit will keep you from going through with any indecent proposals that pop into your mind, 2 Corinthians 10:3-5.

The Pain of Sin 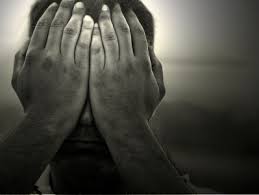 Since the garden of Eden, the consequences of sin have left people in agony.  Guilt has become like a nightmare that won’t go away, often overwhelming your soul.  Meanwhile, shame isn’t far behind, leaving a trail of disappointment, embarrassment, and tattered reputations in its wake.  If this wasn’t enough, the fear of punishment and rejection bombard an individual’s mind, wishing they did not partaken in sin. 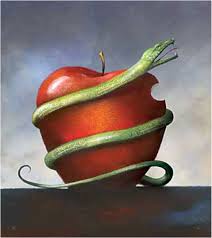 Regardless of how moral you claim to be, everyone has had a 2 Samuel 11 moment.  One second you are thinking about others, then boredom leads to idleness, from here aimless wandering leads your heart into the presence of sin.  These momentary lapses in judgments are common, except the time they last.  The sooner a person comes to their senses, the softer the blow you have to endure.  However, if you choose to go on a binge of rebellion like King David, adultery, lying and murder will flush your legacy right down the toilet.

When a man after God’s own heart sins, 1 Samuel 16:7, no one is exempt from the power of temptation.  Psalm 38:1-11 serves as a confessional for David, describing the pain sin has left behind within his soul.  This crippling state should inspire Christians to follow the words of 1 Peter 5:8-9, who also struggled with this pain, swallowing his pride after publicly denying Jesus 3 times.  Submit to God, resist the devil and the pain of sin can become a distant memory, James 4:7-8.