Making the Best of a Bad Situation

When you walk into the middle of a conversation during a Thanksgiving or Christmas gathering, there is a chance that you’ll miss the context. If you listen attentively, you may be able to figure out what’s happening. Yet, sometimes you’ll be lost, moving on the next room to see what else is going on. When pastors prepare their weekly message, sometimes they will skip over certain details in the Bible.

[The letter was sent] by the hand of Elasah son of Shaphan and Gemariah son of Hilkiah, whom Zedekiah king of Judah sent to Babylon to Nebuchadnezzar king of Babylon. It said: 4 Thus says the Lord of hosts, the God of Israel, to all the captives whom I have caused to be carried into exile from Jerusalem to Babylon: Jeremiah 29:3-4.

This is what happens in the beginning of Jeremiah 29. Ninety percent of the speeches that quote the famous passage below fail to mention that Israel was living in exile at this moment in history. Beside being forced out of their homes, the prophet Jeremiah was given a message by God to share. To summarize the beginning of chapter 29, Jeremiah asks his people to make the best of a bad situation.

Rather than dwell on the past, God wanted Israel to build houses, settle down, plant gardens and eat what they produce. The path to healing starts with changing your perspective. Then and only then can you begin to see the light at the end of the tunnel. This is the context that brings Jeremiah to declare the plans that God has for Israel in the future. May you learn from this passage when you are forced to make the best of a bad situation.

Posted in Truth and tagged build houses, changing your perspective, Christmas and Thanksgiving, conversation, listen attentively, living in exile, Making the Best of a Bad Situation, plant gardens, settle down, Thanksgiving, the path to healing, the prophet Jeremiah. Bookmark the permalink.

The thief comes only in order to steal and kill and destroy. I came that they may have and enjoy life, and have it in abundance [to the full, till it overflows], John 10:10.

The medical term for an enlarged heart is cardiomegaly.   This isn’t a disease, but rather a sign of another condition.  For example, during pregnancy, some mothers develop an enlarged heart.  This condition is usually temporary because of stress on your body.  Cardiomegaly can also be brought on by the weakening of the heart muscle, coronary artery disease or heart valve problems.  After three visits to a local cardiologist, I have been diagnosed with an enlarged heart.  My doctor wasn’t concerned, rather he wants me to come back in a year to monitor this condition.  Nonetheless, I do have something in common with the Grinch, an enlarged heart.

And I will give you a new heart, and a new spirit I will put within you. And I will remove the heart of stone from your flesh and give you a heart of flesh, Ezekiel 36:26.

Throughout the Bible, there is an emphasis on pursuing a new heart.  The context of this reference is usually within a prayer.  King David asked God for a new heart after committing adultery and murder.  The prophet Jeremiah reveals how hearts can become deceitful, longing for fleshly desires instead of obeying God’s commands.  King Solomon refers to the heart as the well spring to life.  As I complete my 2500th blog, my prayer is that the Lord will create in me a new heart, full of forgiveness, love and mercy.  When individuals begin to demonstrate enlarged hearts seasoned with God’s grace, this world will become a better place to live.

The Heartbeat of Heaven

Inside the human body, the sinoatrial node serves as the heart’s pacemaker.  Within the right atrium, electrical activity in the form of impulses initializes a small bundle of specialized cells.  As currents spread throughout the walls of the atria, contractions begin to alternate and relax, allowing blood to naturally flow through the heart.  These intricacies point to a Creator, designing the miracle called life.

And I will give you a new heart, and a new spirit I will put within you. And I will remove the heart of stone from your flesh and give you a heart of flesh, Ezekiel 26:36.

The Bible is filled with analogies and imagery relating to the heart.  King Solomon calls the heart the well spring of life.  Yet, the prophet Jeremiah reveals a secret and dark side, like a poison which can contaminate your soul.  However, Jesus leaves no question about the role of the heart on earth.  The Lord gave human beings a heart for one purpose, to love one another.  This is the heart beat of heaven.

My command is this: Love each other as I have loved you.  Greater love has no one than this: to lay down one’s life for one’s friends, John 15:12-13.

Near the end of his earthly ministry, Jesus shares some final instructions to his disciples, preparing them for his death and life after his ascension into heaven.  Trying to keep things simply, Jesus suggests love is a barometer of your faith.  Depending upon your level of commitment, lives will either be grazed, touched or impacted by your degree of love.  Regardless of where you are spiritually, its never too late to ask for a heart of love so that the heart beat of heaven can be felt on earth.

Posted in Truth and tagged a heart of love, commitment, Creator, electrical activity, faith, heaven, impulses, KIng Solomon, love, love is a barometer of your faith, soul, spirit, The Bible, the heart, the heart beat of heaven, the heart's natural pacemaker, the miracle called life, the prophet Jeremiah, the right atrium, the sinoatrial node, the walls of the atria, the well spring of life, your degree of love. Bookmark the permalink. 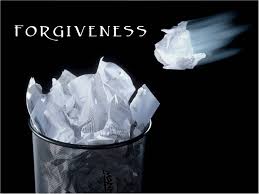 For a decade, Extreme Makeover Home Edition set out across the United States, searching for families desperately in need of a second chance in life.  More recently, John Taffer and the Bar Rescue crew has scanned bars, clubs and restaurants across the country in danger of closing, breathing in each establishment new life.  Unfortunately, many families, homes and local businesses die before they receive a second chance. 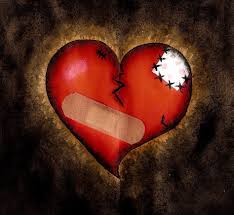 In the Old Testament, the prophet Jeremiah was one of the first to recount God’s ability to give individual souls a second chance.  Lamentations 3:21-25 records this good news, the idea that God gives people a fresh start every morning.  Unfathomable to the average sinner, God’s compassion, faithfulness and mercy is far as the east is from the west according to Psalm 103:12, infinite.

Like a squeaky clean white board which has eliminated traces of previous blemishes made by expo markers, the Lord wants to give everyone a second chance, Isaiah 1:18.  The apostle Paul concurs, describing a love that keeps no record of wrongs, 1 Corinthians 13:5.  Often, the only thing standing in the way of forgiveness is yourself, beating yourself up instead of letting go of the past.  Therefore, say and believe the words of David in Psalm 51:10-12 so that you will experience a second chance today!