Where Did Independence Go?

The concept of Independence Day was approved by the 2nd Continental Congress of the United States on July 4th, 1776.  The first celebration of Independence Day began a year later, evolving as time has passed.  Believe it or not, fireworks was part of the first 4th of July celebration, 1777 in Philadelphia, Pennsylvania.  Since the earliest forms of pyrotechnics can be traced back to the first century in China, fireworks had become a common form of celebration.

For freedom Christ has set us free; stand firm therefore, and do not submit again to a yoke of slavery, Galatians 5:1.

As the 13 original colonies declared their independence from a foreign dictator, England, this decision fueled the Revolutionary War which began April 19th, 1775 and ended in victory on September 3rd, 1783.  The thought of being free and independent inspired young men to fight for 8 plus years.  Despite the deaths of 17,000 fellow soldiers and another 25,000 who were maimed or wounded, these 13 colonies were united under one flag.  This common goal ignited a spirit of perseverance to will Americans on to victory.

For you were called to freedom, brothers. Only do not use your freedom as an opportunity for the flesh, but through love serve one another, Galatians 5:13.

The recent demise of the Nike shoe inspired by a replica of a Betsy Ross flag suggests that independent minds are disappearing.  As soon as Colin Kaepernick, a Nike spokesperson complained, this influenced Nike to stop production of the Betsy Ross Flag Shoe.  This recent fiasco is an example of a growing problem.  If an atheist doesn’t like a new law or ruling, the ACLU goes judge shopping to stop this legislation.  Meanwhile, if a store owner follows their religious convictions to not participate in a specific celebration, fines, law suits and even jail time may follow.  Thus, I am troubled as this Independence Day highlights the disappearance of freedom and independence.  May God raise up future leaders to alter this trend so that independence is a reality and not just a word.

Posted in Truth and tagged 4th of July, a spirit of perseverance, fireworks, Independence Day, Nike, the 13 original colonies, the 2nd Continental Congress, the Betsy Ross Flag Shoe, The concept of Independence Day, the Nike shoe inspired by a replica of a Betsy Ross flag, the Revolutionary War, Where Did Independence Go?. Bookmark the permalink.

In the context of war, evasive maneuvers are employed by starship commanders to evade enemy weapons fire. Whenever planes are under attack, these tactics involve a sequence of defensive movements to escape a direct hit. During a scene from Independence Day, Bill Pullman who plays president Thomas Whitmore and former fighter pilot uses evasive maneuvers during an alien attack.

“Now when the unclean spirit has gone out of a man, it roams through waterless (dry, arid) places in search of rest, but it does not find it. 44 Then it says, ‘I will return to my house from which I came.’ And when it arrives, it finds the place unoccupied, swept, and put in order. 45 Then it goes and brings with it seven other spirits more wicked than itself, and they go in and make their home there. And the last condition of that man becomes worse than the first. So will it also be with this wicked generation,” Matthew 12:43-45.

In the spiritual realm, its hard to respond to something that you can’t see. To those who are spiritually awake, the presence of demons can be sensed. However, there are certain steps that individuals can take to evade demons of doubt. The passage above eludes to sweeping your spiritual house clean. This involves setting your heart and mind on things above, not on earthly things. The apostle Paul uses this mental approach to evade demons, scars and ungodly beliefs from your past.

Therefore if you have been raised with Christ [to a new life, sharing in His resurrection from the dead], keep seeking the things that are above, where Christ is, seated at the right hand of God. 2 Set your mind and keep focused habitually on the things above [the heavenly things], not on things that are on the earth [which have only temporal value]. 3 For you died [to this world], and your [new, real] life is hidden with Christ in God, Colossians 3:1-3.

Yesterday I was talking to a coach during my kids golf match. Unlike most sports, the game of golf can become extremely frustrating. One hole you can look like a professional and the next like you have never touched a golf club before. This mental anguish provides an open door for demons of doubt to creep in. Unless you follow the advice of the apostle Paul in 2 Corinthians 10:3-5 whispers of “I can’t” will bombard your mind. Therefore, if you want to avoid demons of doubt, make sure you take your thoughts captive by making them obedient to Christ.

With All Your Heart

Within every culture, there are clichés that exist.  As a former high school athlete and coach, playing with all your heart was often stressed.   Perhaps, this saying comes from a fictional character, Rocky Balboa, an overweight, out of shape boxer who is given a once in a life time chance of facing the heavy weight champion on Independence Day.  What Rocky, played by Sylvester Stallone, lacked in raw talent was compensated by a heart that refused to quit.  I guess you can say this is Hollywood’s depiction of with all your heart.

I recently watch a documentary on director Stanley Kubrick.  Entitled Filmworker, Leon Vitali spent decades serving as Kubrick’s punching bag, absorbing and learning from the criticism dished out by Stanley.  According to this film, during production Kubrick worked 18-20 hours daily, rarely sleeping.  As a perfectionist, tiny little details that few directors consider kept Kubrick on edge.  The more I watched, I began to understand what it means to do something with all your heart.  While Stanley Kubrick was difficult to work for and with, his request to his production crew and cast remained the same, give everything you have and more.

Jesus asked first century followers for the same commitment level.  To meet, reach and surpass this standard takes passion.  When you feel like you have been born to do something, excitement comes naturally.  However, as human nature pulls your attention into other direction, focusing on a task is extremely difficult.  Perhaps, this inspired the apostle Paul to write “I beat my body and make it my slave,” 1 Corinthians 9:26.  When human hearts grow cold, lose interest or become comfortably numb, maintaining spiritual disciplines in your daily is crucial.  For those who are able to weather the storms in life, you may reach a point when you can honestly say, I have given all of my heart.

In the final fight scene within Independence Day over the skies of a California desert, Bill Pullman plays president Thomas Whitmore.  America’s last hope, this former fighter pilot leads a cast of misfits to plow the road for the last jet with a missile hoping to bring down an alien ship about to destroy their underground hide out.  Without this cover, defeat was inevitable.  Who will risk their life today to plow the road for future generations?

Looking to politicians won’t find you much inspiration.  Nor do most professional athletics provide the type of consistent leadership the youth of this country need.  Unfortunately, the frozen chosen, church going believers often behave more like Pharisees than the body of Christ.  As a result, people of faith are putting up road blocks to God instead of demonstrating the love of Jesus.

In Luke 9:57-63, Jesus is trying to separate the lukewarm from truly devoted followers.  Setting the bar high, one by one, the wishy washy walk away, unable to met the standards set by God, disqualifying themselves.  Not much has changed today as individuals still struggle to live in the world without losing faith, Matthew 19:16-24.  Instead of plowing the road, storms have blocked the path Jesus blazed. 1 John 2:6.  Despite this reality, its never too late to change.  Therefore, one light at a time, Matthew 5:13-16, let’s plow the road for others to follow. 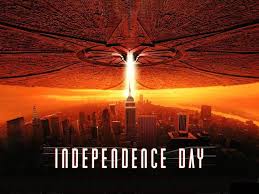 Since 1986 television producers have added the film Independence Day to their annual 4th of July programming.  While the aliens replace the British in this modern interpretation, Jeff Goldblum’s speech to pilots just before their final battle helps remind viewers what this day truly means to Americans.  One of my Independence Day traditions include watching the Patriot starring Mel Gibson.  Gabriel, Gibson’s son dies during the Revolutionary War, but his son’s vision is fulfilled, “after the war, you can start a whole new nation,” starting with rebuilding Mel Gibson’s fire ravaged home. 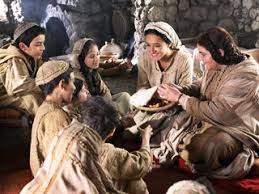 However, the key to maintain a nation lies within the Bible.  This generational secret was carried out by mothers in the 2006 film The Nativity Story.  Before public education existed, mother’s taught their children how to read, write, count and in Jewish homes, the stories of the Old Testament.  Father’s taught their children a trade, passing on the family business and or farm, from one generation to the next.  The Psalmist urges readers of Psalm 145:4 to pass on the good news about God’s divine nature, his provisions and the miracles he preformed one after another to the nation of Israel. 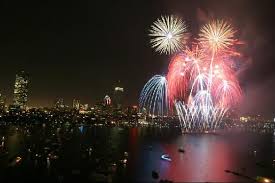 In order for the United States of America to survive, children must remember the words of documents like the declaration of independence listed below.  The god mentioned in this document is the God of the Bible.  Unfortunately, political correctness, revisionist historians and liberalism is raising up a generation without the facts of God’s divine providence on this country.  If you are still uncertain or doubting my opinion, go read the original Magna Carta for yourself.  The British came to America to preach the gospel of Jesus Christ to a new continent.  In essence, the spiritual future of this country relies on you and me.  These efforts or lack there of will transcend history for the better or worse.  May all who read this be moved to live out Psalm 145:4.  May God continue to bless America on this day and for years to come!

We hold these truths to be self-evident, that all men are created equal, that they are endowed by their Creator with certain unalienable Rights, that among these are Life, Liberty and the pursuit of Happiness.–That to secure these rights, Governments are instituted among Men, deriving their just powers from the consent of the governed, –That whenever any Form of Government becomes destructive of these ends, it is the Right of the People to alter or to abolish it, and to institute new Government, laying its foundation on such principles and organizing its powers in such form, as to them shall seem most likely to effect their Safety and Happiness. Prudence, indeed, will dictate that Governments long established should not be changed for light and transient causes; and accordingly all experience hath shewn, that mankind are more disposed to suffer, while evils are sufferable, than to right themselves by abolishing the forms to which they are accustomed. But when a long train of abuses and usurpations, pursuing invariably the same Object evinces a design to reduce them under absolute Despotism, it is their right, it is their duty, to throw off such Government, and to provide new Guards for their future security.–Such has been the patient sufferance of these Colonies; and such is now the necessity which constrains them to alter their former Systems of Government. The history of the present King of Great Britain is a history of repeated injuries and usurpations, all having in direct object the establishment of an absolute Tyranny over these States. To prove this, let Facts be submitted to a candid world.