The Conqueror’s Crown of Glory

As a former coach for nearly two decades, there are numerous ways to motivate athletes. Some respond to food, others want to get their names in the newspaper, and a few do whatever it takes to win. Each of my three children possessed a little bit of these desires. My oldest son James wanted to know what place he needed to get to earn a medal. My middle child Daniel was the best all-around athlete in the family who is most passionate about winning. Meanwhile, my daughter Lydia is easily motivated by deals that I make with her based upon performances. Whatever it takes, set a goal and reward this once achieved.

And [then] when the Chief Shepherd is revealed, you will win the [a]conqueror’s crown of glory, 1 Peter 5:4.

As a former runner, Chariots of Fire was one of my favorite movies in high school. The inspiration behind this title comes from the William Blake poem adapted into the British hymn “Jerusalem.” Chariots of Fire follow two athletes who win gold medals for Great Britain at the 1924 Summer Olympics in Paris, France. While Harold Abrahams is the more gifted runner, Eric Liddell runs to glorify God through his faith. However, when his best chance to win gold is moved to Sunday, Liddell is able to convince his coach to switch races so that he doesn’t break his vow to keep God’s Sabbath holy, Exodus 20:8.

Do you not know that in a race all the runners compete, but [only] one receives the prize? So run [your race] that you may lay hold [of the prize] and make it yours. 25 Now every athlete who goes into training conducts himself temperately and restricts himself in all things. They do it to win a wreath that will soon wither, but we [do it to receive a crown of eternal blessedness] that cannot wither, 1 Corinthians 9:24-25.

In the passage above, the apostle Paul is referring to the Isthmian Games that were hosted by the city of Corinth. This ancient Track and Field Event took place in non-Olympic years. After archeologists uncovered remains of Corinthian pubs, it’s likely that many who attended the Isthmian Games would stop by, have a drink, and talk about this sporting event. Appealing to Corinth’s rich sports history, Paul wants to remind his readers of the Conqueror’s Crown of Glory. Since only three contestant’s win a medal, live your life in such a manner that you will receive an eternal crown that will last. This should be your ultimate goal in life, Romans 10:9-11.

Now the whole world had one language and a common speech, Genesis 11:1.

A generation ago, anyone who claimed to have an encounter with an alien or observe a UFO was considered crazy.  In recent years, the tide has turned inspiring shows like Ancient Aliens, Hangar 1 and Monsters and Mysteries in America.  If you listen to the experts on these programs, aliens are given credit for unexplained technological advances discovered by archeologists.  Meanwhile, the Bible and its historical records have been bypassed, disregarded and neglected as a source.

Then they said, “Come, let us build ourselves a city, with a tower that reaches to the heavens, so that we may make a name for ourselves; otherwise we will be scattered over the face of the whole earth.” – Genesis 11:4

Unfortunately, the Babel connection has not been included in this conversation.  According to Moses, there was no language barrier prior to the construction of the Towel of Babel.  Subsequently, people came together to achieve a common goal, to construct a building that would reach the heavens.  Due to their selfish motives, the Lord sent a spirit of confusion upon the people of earth.  Although this project was never completed due to language barriers, the words of Genesis 11:6 suggest technology in the Old Testament was much further advanced than first thought.

The LORD said, “If as one people speaking the same language they have begun to do this, then nothing they plan to do will be impossible for them, Genesis 11:6.

While most will focus on God’s response to the inhabitants of Babel, early civilizations developed a keen sense of unity.  These spirit of teamwork led to amazing achievements once thought to be impossible.  Following the flood, descendents of Noah made the Land of Shinar their home, making up for lost time, quickly exceeding beyond pre-flood life.  Time and eternity will determine actually who built what, yet for now don’t be afraid to examine the Bible to uncover the mysteries in life.

How Old Are You Now? 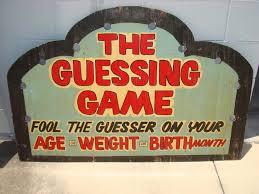 The aging process can be quite deceiving as physical appearances don’t always reveal a person’s true age.  Baldness, grey hair, stress or wrinkles can be false indicators, depending on someone’s occupation or their direct access to sunlight.  While theme parks attempt to coerce willing participants to have their ages guessed for a small fee, age can be a touchy subject, especially for women.  To be safe, its always better to under estimate an older person’s age and over estimate a younger person’s age, unless of course you work at a night club where ID’s are required.

From a biblical timeline, there are 2 different references to age: pre-flood and post flood.  According to Genesis 2:4-6, the earth’s original atmosphere following creation did not contain rain.  Instead, underground springs, water aquifers beneath the earth’s surface, sprung up to water the plants on the earth.  When you study the genealogy of Adam, you find the first 10 generations of inhabitant’s on earth had a life expectancy of 900 years.  This unique atmosphere often referred to as the Open Canopy Theory suggests the aging process was slowed down, limiting a human’s body from the sun’s radiation.

To simplify this in modern terms, 100 years of life in the original atmosphere is equivalent to 10 years under today’s conditions.  Thus, while Adam lived to be 930 years on earth, his body roughly reflected someone who is a 93 year old.  Recently, archeologists have discovered the remains of palms tree near the polar ice caps, supporting this theory.  In additional, scientists have concluded that prior to the world wide flood mentioned in Genesis 7:4-6, Pangea existed, a one land mass continent.  Following the first volcanic eruption detailed in Genesis 7:11, tectonic plates became active, forming what we now know as the 7 continents on earth.  While the flood may not have killed all the dinosaurs of the sea, the change in our atmosphere likely sealed the fate of this amazing creatures. 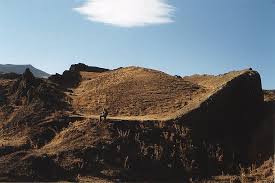 If you study the genealogy’s of the Bible, the post flood atmosphere began to accelerate the aging process.  However, as sin spread from the Garden of Eden throughout the world, Genesis 6:5, unexpected death became more common.  Wrongful deaths, murder and disease are normal today, a way of life, something everyone has to cope with and overcome.  Although some individuals survive to be 100 or more due to medical breakthroughs, everyone’s clock is ticking, Genesis 6:3.  Thus, as I reach half of Dale Earnhardt Junior’s Nascar Racing number in a month, I am doing my best to walk with the Lord, day by day, until He calls me home, Genesis 5:24.

Are You Sure About That? 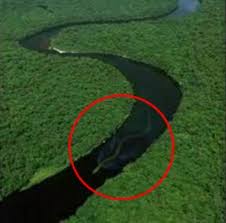 Whether its an April Fool’s joke or a student trying to pull a prank on one of their teacher’s, its important to double and triple check your information before informing others.  Like the internet picture of a 90 foot snake 2 years ago, those who believed this story were quickly disappointed.  Maybe this is why so many in our culture struggle to accept the testimonies about Jesus in the Bible.  Hoping not to be deceived, a typical reply is, “are you sure about it?” 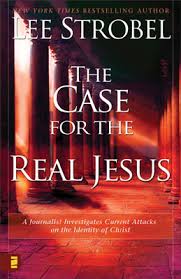 After reading books such as The Bible as History, The Case for Christ and the entire Bible, I’m more confident than ever about this evidence.  Yeah, stories of a burning bush, talking donkey and light that spoke aren’t every day occurrences.  Throw in a guy walking on water, calming storms and raising the dead, skepticism sets in, unable to rationalize the impossible.  However, as archeologists uncover chariots on the bottom of the Red Sea, find a giant boat in the middle of the  mountains in Turkey and artifacts that proved Jesus lived during the first century, maybe this isn’t as far fetched as once thought.

One thing is certain, people are going to believe what they want to believe.  Each religion will emphasize, interpret and slant information in their favor.  Meanwhile, each church, mosque and temple will de-emphasize certain facts to lean others toward their particular worldview.  In the end, I can’t force anyone to believe what I do.  All I can do is present angles, details and elements that might one day lead someone to say, “I am sure about that!”