I Can’t Get Over It

A recent episode of Deadliest Catch showed the reaction of fans to Russell Wilson’s interception in the final minute of last year’s Superbowl.  The crew of the Northwestern based out of Seattle could not believe the Seahawks opted to pass rather than rely on their patented running attack.  When you are only one yard from tasting victory, its hard for individuals to get over this heart breaking loss.

Strive for peace with everyone, and for the holiness without which no one will see the Lord. See to it that no one fails to obtain the grace of God; that no “root of bitterness” springs up and causes trouble, and by it many become defiled, Hebrews 12:14-15.

It’s one thing to lose a game, yet in life there are several disappointments people encounter that can linger.  These scars are like bad dreams, nightmares that don’t go away.  When you add emotions into this equation, human nature can be unforgiving.  Thus, the next time you try to console someone who is hurting, don’t be surprised if you hear, “I can’t get over it!”

Let all bitterness and wrath and anger and clamor and slander be put away from you, along with all malice, Ephesians 4:31.

Storybook endings are usually something you see in the movie theater or at home as a rerun.  While this feel good conclusion may bring tears of joy, the rest of the world is stuck in the past, unable to move on.  Tempted by bitterness, frustration and a wounded soul, some feel better venting rather than cope with the issue at hand.  Before the voices of your past drag you to indulge in another pity party, may the love of Christ help you get over it by moving on with the rest of your life.

When Winning Isn’t As Important

In the days following 9/11/01, many Americans used professional sporting events as a vehicle for healing.  In Major League Baseball, the singing of Talk Me Out to the Ball Game was replaced with God Bless America.  At the first Monday Night Football Game in the NFL, a sense of patriotism swept through the crowd, causing tears to flow from my eyes as a giant flag, shaped like the United States of America was stretched across the entire field.  During this period in time, winning wasn’t the only thing.  Rather, playing these games symbolized a sense of normalcy to proclaim to the world, “America will carry on.”

Meanwhile, another community experienced a similar tragedy, placing sports into its proper perspective.  The 2006 film We Are Marshall is based upon the death of 37 football players, 5 coaches, 25 boosters and other staff who perished in a plane crash near Huntington, West Virginia.  Despite wanting to remain competitive, winning had to be placed on the back burner.  To honor the memory of these people, the school president was nudged by students to field a team to fill the void left behind.  In a stirring scene, Matthew McConaughey, who plays head coach Jack Lengyel, redefines winning to include playing with all your heart for 60 minutes.  “If you do this, we can not lose!”

Today, competition has a wide scope from school districts who have banned keeping score to the hard core who keep score in everything they do.  For me, sports was a refuge, a place where I excelled.  The more success I tasted, the cockier I became.  Yet, like many things in life, athletic competition has a way of humbling the proud, bringing each star back down to earth.  However, when I finally gave up my pursuit of playing professional golf, only then did I understand winning isn;t everything.  Whether you have the talent or not, give your dream a shot and let the chips fall where they may.  In the end, winning isn’t as important as knowing that you did everything you could to maximize your God given talents.

Yes…There is a God! 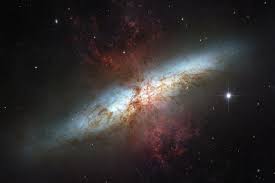 There is a tiny portion, possibly within the human soul, that wants to believe there is a higher power beyond the earth, with an Almighty God who maintains control over the universe.  Yet, there is also another inclination inside individuals that seeks to test God.  This is what I call the “if only syndrome,” where people place conditions on their prayers.  God if only you can do this, give me that or provide this type of job, then I will believe and follow you. 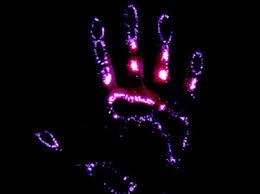 Based upon what I read today in Genesis 29:4-12, Jacob becomes overwhelmed, proclaiming, “yes, there is a God.”  After having the talk with his parents, Genesis 28:1-5, he is sent out to find a godly wife among the relatives of Abraham.  Heartbroken by Esau’s choice in a wife, Isaac and Rebekah seek to avoid having another son make the same mistake.  Thus, just as Abraham sent a servant to find a wife for Isaac, Isaac now entrusts his son find to rely on Lord as he follows his father’s advice.  His answered prayer becomes crystal clear in Genesis 29:11.

In a state of shock, Jacob kisses Rachel without permission, then his excitement brings tears of joy to his eyes.  Jacob was blown away by the goodness, power and quickness in which God replied to his prayers.  Like Jacob, there at moments in life where God snaps His fingers and before our own very eyes, prayers are answered.  Sure, the skeptic who will say, “even a blind squirrel finds an acorn every so often, you’re just lucky or maybe it was just a coincidence?”  However, as I turn 44 years old today, living nearly 30 as a follower of Christ, I can say without a doubt, yes, there is a God!