The oldest surviving shoes date back around 10,000 years. Similar to these scandals made out of rope, Roman soldiers wore scandals with thick spikes on the bottom of their soles. These were designed to allow athletic soldiers’ to dig in and take a firm stance so that each could defend their position without slipping. Roman soldiers were each expected to defend a six foot perimeter. Without these spikes, charging attackers would be able to break through this line of defense.

He makes my feet like hinds’ feet [able to stand firmly or make progress on the dangerous heights of testing and trouble]; He sets me securely upon my high places, Psalm 18:33.

Depending upon your occupation, slip proof shoes are necessary to keep you safe, preventing potential work related injuries. Chefs, construction workers, and professional athletes have a wide variety of options of slip proof footwear to choose from today. Modern safety shoes are designed to prevent slips and falls. Each brand is rated by dry static coefficient, a ratio of the force of friction between two objects and the force that presses them together. As a former cross country runner, finding the right sneaker is crucial for preventing blisters.

He will not allow your foot to slip or to be moved; He Who keeps you will not slumber, Psalm 121:3.

The Psalmist writes about the spiritual element of slip proof. The first passage is written by David, reflecting upon the rocky terrain that he endured as a shepherd. David realized that when he put the Lord first, trusting solely in God, he never twisted or turned an ankle. The passage above is part of a song, giving thanks to the Lord for providing a firm foundation, slip proof. Although circumstances constantly change, trusting in the Lord provides a daily constant so that modern believers can feel slip proof for the rest of their lives.

Stop It or Drop It

Some where in the distance past, coaches, educators and school officials looked the other way so that elite athletes could bring fame and fortune to their institutions.  Exhibit A is Dexter Manley, former defensive end for the Washington Redskins,  who was never able to read above a 4th grade level, yet teachers covered up this glaring weakness.  On the field, he was a terror in college and in the NFL, yet every time Dexter opened a book, the fear of reading gripped him.

Meanwhile, if you wanted to play basketball at the University of North Carolina, apparently going to class was optional according to Rashad McCants, a member of the 2004-05 national title team.  In their ivory tower in Indianapolis, Indiana, their national headquarters, the NCAA talks a good game, yet corruption, double standards and power has gone to their heads.  Like participants in the Tour de France, its hard to know who is cheating and who is playing by the rules.  If the media would forgo favoritism and begin to address this series issue, using athletes to make colleges millions of dollars annually, perhaps professional sports would not have as many problems as they do today.

Unfortunately, no one can escape the words of Galatians 6:7-8, “you reap what you sow!”  If all students were treated equally, several of today’s star athletes would have never made it past high school.  Nonetheless, like a good soap opera, the media plays along for a while until public pressure forces them to pull the plug, exposing players, teams and leagues for their cover up.  However, its time for the media to do their job early on, to address these scandals quickly .  If not, staying quiet due to powerful and wealthy boosters, cable news might as well drop their complaints since they too are part of the problem.  Stop it or drop it! 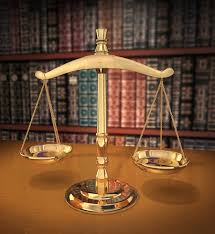 If you look hard enough, stories of entitlement, greed and pride fill the weekly news cycle.  Forgetting history, these individuals act as if they are above the law.  Whether its a politician, professional athlete or another scandal within the Internal Revenue Service, the law will always catch up with those trying to outrun it. 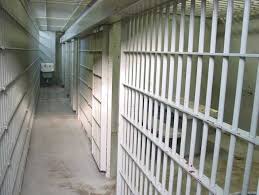 This morning, a New England Patriot’s Tight End was charged with first degree murder of his former friend, Odin Lloyd.  Fame, money and a rebellious spirit has ruined the once promising career of Aaron Hernandez, released by the Patriot’s 2 hours after today’s arrest.  The memories of fallen stars like O.J. Simpson and Rae Carruth did not ring a bell or serve as a wake up call.  Until last week, Hernandez acted and behaved as if he was still above the law. 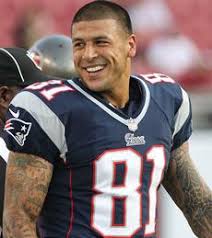 Fortunately, in America, you are innocent until proven guilty, despite what the local press and media claim.  Regardless of the outcome, maybe these consequences aired throughout cable news networks today will serve as humble pie to those on the verging on following a similar path.  The Bible was meant to be a guide, Psalm 119:105, a blue print, John 10:10, leading people toward a greater life.  However, as in the days of Moses, everyone has a choice, Deuteronomy 30:15.  Each one you make will either lead you closer to life or beyond the law.  Get back on track now, Matthew 7:13-14, while there is still time!