Depending upon the city, state or region you live in, summer time commences a season of construction. If these projects are out sourced to private businesses, construction is usually completed on time or ahead of schedule. Unfortunately, the state of Delaware usually takes a few years to start and another five years to finish what should have taken a year or two at most.

For which of you, wishing to build a farm building, does not first sit down and calculate the cost [to see] whether he has sufficient means to finish it? – Luke 14:28

A first century doctor overhears a conversation between Jesus and Pharisees. The parable above occurs at the end of this discussion. The context of this passage refers to the high expectations that Jesus has for his disciples. Before starting any new project, Jesus wants his followers to consider the cost before jumping in head first. If you want to finish what you start in this life, it’s okay to say no.

Otherwise, when he has laid the foundation and is unable to complete [the building], all who see it will begin to mock and jeer at him, 30 Saying, This man began to build and was not able (worth enough) to finish, Luke 14:29-30.

In their song Local Construction, Reliant K compares areas of your life that are never done to local construction. When I was a student, it always took me twice as long to complete a homework assignment than my friends. Sometimes this was because I didn’t know what I was doing and on other occasions, what I was learning didn’t click initially. There are certain things in life that are never done despite how hard you work on it. Since something in your life or in your community is always under construction, consider the cost you before you commit to your next project in life.

Posted in Truth and tagged a season of construction, consider the cost before jumping in head first, Disciples, finish what you start, hard work, high expectations, Local Construction, Reliant K, summer time, the state of Delaware, Under Construction. Bookmark the permalink.

Alice Cooper wrote the forward to a new book entitled Rock Gets Religion by Mark Joseph.  Cooper who quit drinking and drugs after finding God talks about altering the content of his lyrics since his conversion.  This project examines the battle for the soul of secular music, called the Devil’s music when the church demonized pop culture in the 1950 and sixties.  When talented musicians like Keith Green were rejected by mainstream music companies, contemporary Christian music began.

You adulterous people! Do you not know that friendship with the world is enmity with God? Therefore whoever wishes to be a friend of the world makes himself an enemy of God, James 4:4.

This new industry used passages from the Bible like the verse above to justify this decision.  While this rationale makes sense, Jesus encouraged his disciples to live in the world, but not follow their standards.  Thus, this separation from society like the Amish didn’t engage the world.  Instead of shining light into the darkness of life, Christians artists were preaching to the choir, having little impact on the rest of the world for several decades.

I do not ask that you take them out of the world, but that you keep them from the evil one, John 17:15.

After nearly 4 decades of separation, Mark Joseph writes about how the influence of American Idol is reversing this trend.  Instead of being rejected by music executives, average Americans are deciding who advances on these reality shows.  As talented Christian artists are being discovered, more and more are choosing to appeal to a secular audience.  Subsequently, groups like Reliant K, Stellar Kart and Thousand Foot Krutch are adding a spiritual flavor to rock and roll.

A Not So Trademark Move

During a Major League Baseball game, players get to select the song played each time that they walk from the on desk circle to home plate.  This blurb is usually the chorus or the most popular part of the song, playing for five to ten seconds.  While you won’t see this on television, a similar process occurs when relievers enter the game.  In the classic 1989 film, Major League, Charlie Sheen played Ricky Vaughn, a hard throwing closer.  Upon entering the game in relief from the outfield bullpen, the song Wild Thing blared until Ricky made it to the mound.  Music has a way of inspiring trademark moves.

So whoever knows the right thing to do and fails to do it, for him it is sin, James 4:17.

A trademark refers to a brand, logo or sign that is legally registered as a symbol that represents a company or product.  In the entertainment business, music and videos featuring an artists’ new song features choreography.  This dance, move or step often becomes a known as a trademark move.  For Michael Jackson, it was the moon walk.  The pioneers of hip hop and rap developed break dancing, becoming a cultural phenomena.  Marcia Griffiths and Bunny Wailer’s 1976 song “Electric Boogie,” inspired what is known today of the Electric Slide, a memorable dance at any party or wedding.

For the wages of sin is death, but the free gift of God is eternal life in Christ Jesus our Lord, Romans 6:23.

The group Reliant K gives a different interpretation of trademark moves.  The lyrics of their song entitled Trademark focuses on human nature.  While everyone wants to paint a rosy picture on life, Reliant K sings about falling apart and running away from God.  The prophet Jonah once took a boat in the opposite direction of where God called them to go, ending up in the belly of a whale due to disobedience, this was his trademark move.  The apostle Paul reminds all human beings that no one is innocent, but all are guilty of sin.  This painful reality was the trademark move of Adam and Eve, hiding from God in the Garden of Eden.  Anyone who follows in these footsteps, emulates a not so trademark move.  In view of this fallen state, make sure the legacy you leave behind results in positive impressions.

While growing up in Delaware, I got caught outside in a torrential rain storm one summer afternoon.  Trying to find the shortest route to my house, I came to the banks of Namaans Creek.  At this section of the stream, it was a about a five foot jump across raging waters.  The longer I waited, the more dangerous this situation became.  Thus, I was forced to make of one of two decisions; stand still and wait it out or take a leap of faith, proceeding in forward motion.  I choose the latter, just clearing the ledge on the other side.

For we hear that some among you walk in idleness, not busy at work, but busybodies, 2 Thessalonians 3:11.

Unfortunately, I have spent most of the last five years standing still, afraid to take chances.  At some point in time, apathy sets in.  This often leads to becoming comfortably numb, like Pink Floyd’s 1965 hit song.  The longer you remain in the same place, the harder it becomes to change.  While this isn’t necessarily a bad thing, it’s unsettling when you know you are not where God wants you to be.  According to the Bible, those who become idle eventually end up back sliding, slipping further and further away from God.

Nearly forty years later, Reliant K released their new album Two Wrongs Don’t Make a Right, But Three Do in 2003.  My favorite song from this project is Forward Motion, a reminder to avoid idle time.  Although I can’t change my past, I do have the ability to alter my future.  Thus, if this blog finds you in a similar position, stuck in a rut, don’t let doubt paralyze your faith.  Rather, trust in the Lord and lean not on your own understanding so that a leap of faith will place you in forward motion, allowing the Holy Spirit to guide and direct you throughout life. 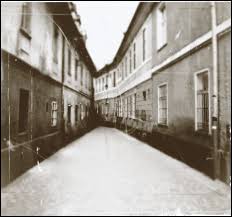 Reliant K sings about people trying to reinvent the wheel in their classic song Wit’s All Been Done Before found on the Birds and the Bee Sides album.  Synonymous with humor and intelligence, wit is something King Solomon references in the Old Testament.  “What has been will be again, what has been done will be done again; there is nothing new under the sun, ” Ecclesiastes 1:9. 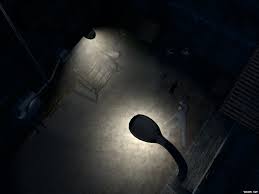 If this is true, society is at wit’s end.  Unfortunately, history is a vicious cycle in which most societies self-destruct, opening the door for another to take its place.  Unless one studies past civilizations, their demise is forthcoming as most cultures repeat the same mistakes of the past.  This is the state of Psalm 107:27, as the subjects mentioned were at wit’s end. 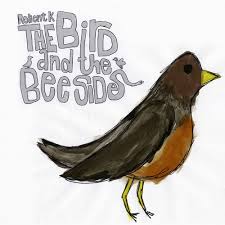 Beyond the mysticism of this new age, there is a Counselor awaiting those who have reached this destination.  In the darkness of present day, there is hope on the horizon, John 16:12-15.  While I have been confined to another dead end street, I am ready to breakout, set free by a spiritual power.  May the words of Jesus in John 4:23-24 be fulfilled today, leading God’s followers once they reach wit’s end!