The first class that I taught as a Middle School Bible teacher at Red Lion was entitled Wise Up: the Book of Proverbs. While the textbook was waterer down more than I cared for, the premise of this book was spot on. God established boundaries in the Bible to protect individuals from harm while keeping evil out. Those who know, learn and practice these principles replace chaos with structure.

So the Lord God took the man [He had made] and settled him in the Garden of Eden to cultivate and keep it. 16 And the Lord God commanded the man, saying, “You may freely (unconditionally) eat [the fruit] from every tree of the garden; Genesis 2:15-16.

In the days following Creation, the Garden of Eden served as an oasis in the desert. This hidden paradise was given to Adam with two simple expectations, cultivate and maintain this tropical paradise. The Lord gave Adam and Eve free reign of this garden, able to eat fruit from every tree except for one. God’s only restriction (rule), was do not eat of the tree of knowledge. Obeying this rule kept Eden free from chaos.

But [only] from the tree of the knowledge (recognition) of good and evil you shall not eat, otherwise on the day that you eat from it, you shall most certainly [h]die [because of your disobedience],” Genesis 2:17.

Moses does not detail how long it took for Lucifer to convince Eve to taste this forbidden fruit. However, ever since this decision known as Origin Sin persuaded this couple to disobey God, chaos has reigned on earth. Once Pandora’s Box has been opened, it’s impossible to alter the past. Yet, there is a way to restore order. The most logical step is to rplace chaos is by practicing godly principles from the Bible.

When You Can’t Put It Back in the Box

Pandora’s box is an artifact from Greek mythology.  However, this box was actually a jar that belonged to Pandora.  Upon opening the lid, all the evils of the world escaped.  When she placed the lid back on, the only thing remaining inside of Pandora’s box was hope.  This story illustrates certain things in life like innocence.  When individuals entertain temptation, purity will eventually be lost.

Then the eyes of both of them were opened, and they realized they were naked; so they sewed fig leaves together and made coverings for themselves, Genesis 3:7.

Ancient writings and the Bible share similar stories passed on from one generation to the next.  The story of original sin starring Adam and Eve parallels Pandora’s Box.  Despite given only one rule to obey, the image of the tree of life planted a seed of lust within human hearts.  The more Eve stared at the fruit hanging from the limbs, enticement clouded her judgment.  As soon as she took a bite and gave one to her husband to try as well, Eve quickly realized that you can’t put it back in the box.

Then the man and his wife heard the sound of the Lord God as he was walking in the garden in the cool of the day, and they hid from the Lord God among the trees of the garden, Genesis 3:8.

Just as Pandora was filled with remorse for allowing evil to enter the world, guilt caused Adam and Eve to hide from God.  Today, many people do not enter churches due to scars from their past.  Wounds to the soul cause individuals to withdraw, ashamed of who they are or what they have done.  Satan has convinced many broken souls that God can not forgive them for their sins of the past.  This mindset serves as an obstacle to healing.  Although you can’t put evil back into Pandora’s Box, Jesus’ life, death and resurrection occurred to cancel your sins, Colossians 2:13-15.  Despite your current spiritual condition, may the promise of eternal life in 1 John 5:13 give you hope to overcome the spiritual forces of evil in this world.

Posted in Truth and tagged all the evils of the world, Ancient writings and the Bible, enticement, eternal life, forgive, Greek mythology, healing, hearts, hope, innocence, original sin, Pandora's Box, purity, souls, spiritual forces of evil, temptation, the tree of life, When You Can't Put It Back in the Box. Bookmark the permalink.

As I was waiting to see my eye doctor today, I came across an interesting page in Time Magazine.  The article was entitled Viral Anger, addressing the growing dangers of social media in America.  The author compared this condition to an illness, spreading like a contagious disease which is making those who engage sick.

Desire without knowledge is not good, and whoever makes haste with his feet misses his way, Proverbs 19:2.

Although I agree with the premise of this piece, there is a fatal flaw not addressed.  Currently, mainstream media bases the majority of cable news programing on political talking points.  These slogans and sound bytes are passed on to elite members of the press and communicated via cable, magazines and news papers.  This is the fuel which ignites daily dumpster fires on Twitter.  Until major networks begins reporting the facts, opinion based journalism will continue to spawn viral anger.

Social media has opened a modern day Pandora’s Box, giving any self seeking individual the opportunity to instantly share what’s on their mind.  Without any filters, thoughts freely flow with the click of a button.  There was a time in this country when parents taught their children, “if you don’t have anything nice to say, don’t say it!”  These days are gone, replaced by people seeking fifteen minutes of fame through blogs, tweets or you tube channels.

Avoid godless chatter, because those who indulge in it will become more and more ungodly, 2 Timothy 2:16.

The byproduct of social media is like a fulfillment of the passage above.  However, instead of spreading first century heresy, viral anger is poisoning souls like an outbreak of gangrene.  The only practical solution that I see is to replace negative news with a Positive News Network.  If modern cable providers carry 24 hour television channels for any thinkable topic, it’s time for entrepreneurs to create an outlet which tells the whole story of an issue.  Since I don’t see anyone putting social media back into Pandora’s Box, perhaps a source of encouragement like a PNN will be the cure to defeat viral anger.

In ESPN’s latest 30 for 30 documentary, the travails of John Daly are highlighted in Hit it Hard.  Based upon a song written by John, a two time major winner on the PGA Tour, Daly shares his battle with alcohol, gambling and series of failed marriages.  Due to an addictive personality, the concept of moderation is something Daly has has a hard time grasping.

Whether you are Superman, a professional athlete or an average human being, everyone has a kryptonite.  This condition, element or weakness prevents individuals from reaching their full potential.  Temptation is always lurking, trying to lure people away from good habits and safe environments.  Danger arrives when inner demons convince former addicts that they can handle a situation without God’s help.  This usually results in self-destruction.

Flee from sexual immorality. All other sins a person commits are outside the body, but whoever sins sexually, sins against their own body, 1 Corinthians 6:18.

There are ways to view moderation.  First, some will say that adults should be mature enough to know their limits.  Requiring self-control, this logical approach gives people freedom to develop boundaries.  The second perspective is more cautious, understanding that once you open pandora’s box, there’s no going back.  Either way, unless you have a friend who holds you accountable or a personal relationship with God, the quest for moderation can be a never ending battle.

The History of Abortion

Ancient Egyptians first practiced abortion while the cities of Pithom and Rameses were being built by Hebrew slaves, 1,400 years before Christ’s birth.  When the Jewish population exploded following governor Joseph’s death, Pharaoh issued a decree to Hebrew midwives.  According to Exodus 1:15-16, the king of Egypt told Shiphrah and Pauh to kill every boy born by Jewish mothers, allowing the girls to live.  Caught in a crisis of faith, the fear of God persuaded these 2 woman to follow their hearts, eventually blessed by God with their own family, Exodus 1:17-21. 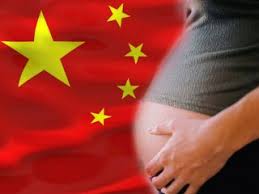 Today, nations like China have instituted a similar practice to reduce their population, limiting families to one child per household.  As a result, China leads the world in abortions per year according to an October 2012 report published by the International Herald Tribune.  In 2011, over 13 million babies were aborted in China alone, 6 million by woman under the age of 25.  Meanwhile, during the same year, India allowed 3.5 million unborn children die with the United States adding another 1.2 million to this list.

The sad thing about these abortion facts is that schools teach students not to bully, cheat, fight or steal every year.  Yet, before 18 million future students in 3 nations had a chance to breathe their first breath 2 years ago, each was executed in cold blood.  I’m sure the money is good for those doctors and nurses who daily perform these procedures, but the burden and conscience must weigh heavy on their hearts.  Although Pandora’s Box has already been open, made legal by the United States in 1973, think twice before caving into abortion.  Since my mother experienced a miscarriage during her third pregnancy, if I was born 4 years later, I might have been another statistic, a casualty of the history of abortion.