The Words You Speak

After experiencing another disappointing month, I find myself in the middle of a moral dilemma. Since the fall began, I have told family and friends of my aspirations to get back into shape, start eating healthier and lose weight. The climax of this preparation was a 5K that I ran last weekend. Well, after spewing endless words of my desire to change and improve my life, the only thing I accomplished was completing this race without walking.

A good name is better than precious ointment, and the day of death than the day of birth, Ecclesiastes 7:1.

While driving home from work yesterday, I received a rhema from God in the form of a question. Are the words that you speak making you more or less credible? The Old Testament doesn’t use modern terms such as character, integrity or reputation. Rather, authors use the expression earning “a good name” instead. King Solomon compares a good name with a precious ointment. After accumulating wealth as Israel’s leader, Solomon claims that when you receive favor from your peers due to a good man, it’s more valuable than silver or gold.

A good name is to be chosen rather than great riches, and favor is better than silver or gold, Proverbs 22:1.

If you want to develop and keep a good name, the words you say play a big role. For example, many Americans don’t like president Trump’s blunt nature, boldly speaking and tweeting brash comments daily. Yet, anyone who examines the promises Donald Trump made during the 2016 presidential campaign, his actions have fulfilled what he said and vowed to do. Unfortunately, I find myself telling my wife and kids that I am going to do this and that without following through. Just as faith without deeds is dead, James 2:26, words without action are meaningless. May God use my own conviction to inspire you to ensure that the words you speak coincide with your actions.

The Sons of Thunder

Nick names provide a window into a person’s soul.  Although some may be based upon an embarrassing moment, humorous personality or sarcasm, nicknames serve as terms of endearment, sobriquet or a tag that sticks.  If you allow yourself to become vulnerable in a social setting, sooner or later you too will receive one.

In the first century, two young fisherman were given an unusual nickname in Mark 3:17, known as the sons of thunder.  Growing up on their father’s boat, James and John likely passed on fishing stories to the disciples.  The origin of this label has 3 possible explanations.  First, since fisherman like to go out in the rain, perhaps whenever the boys went along with dad, it began to thunder.  On the other hand, thunder can also represent someone with a bad temper, wearing emotions on your sleeves.  Finally, since voices echo on water, each might have possessed a loud voice, bouncing off the water like thunder.  Whatever the source, people are watching to see who you really are.

Most of the nicknames I accrued over time occurred in either high school or college.  Blue Jay, Mank the Tank and Praying Mantis are just a few of the ones that come to mind.  While reflecting on this topic, I began to wonder, how will people remember me?  Was I a hypocrite, jerk or pain in the butt?  I’m sure some of my former students have strong opinions either way.  Though people will continue to dole out nicknames, make sure the one’s you earn glorify God.

Feel free to share your favorite nick name and the context in which it was coined. 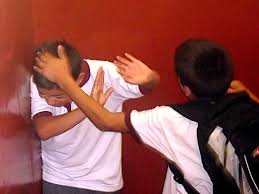 According to the Merriam-Webster Dictionary, a tattle tale is an informer.  Within a home, a tattle  tale breaks the unspoken code, not to rat on their brother or sister.  However, where do you draw the line between telling the truth and exposing unwholesome behavior?  As bullying continues to rise at schools across America, sometimes individuals must to be willing to betray this code to prevent further violent acts. 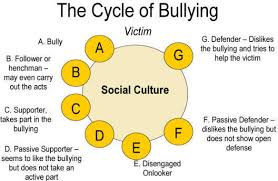 One of the most famous tattle tales of the Bible is introduced in Genesis 37.  Based on the information passed onto Moses, Joseph brings back a bad report about his brothers’ behavior to his father.  While it is not certain, Joseph appears to have gained Israel’s favor.  Like his mother Rachel, Joseph’s father loved him more than any of his other 11 sons.  Thus, an assumption you can make is that Joseph is the first tattle tale to be rewarded in the Bible with a coat of many colors, Genesis 37:3.

Today, the media uses the term whistle blower to describe a tattle tale.  In most cases, modern whistle blowers are applauded, praised and viewed as heroes.  Some of the most famous American whistle blowers are Karen Silkwood, inspiring the 1983 film entitled Silkwood, Mark Felt who leaked information to the press about Richard Nixon’s involvement in Watergate and Peter Rost who exposed Pfizer for their accounting irregularities.  If only the negative connotation of the word tattle tale could be removed, maybe more young people would be willing to come forward with the truth like Joseph?  As for now, young people would rather keep quiet, afraid of earning a reputation as a fink.  May God raise up a generation of bold children, “tattle tales,” who are willing to eliminate bullying and obscene behavior from their classrooms.