Perhaps It’s Time to Sober Up?

I have what medical professionals refer to as an addictive personality. An addictive personality is a hypothesized set of personality traits that make an individual predisposed to developing addictions. I can’t just have one drink; everything I do is to the extreme. Whether it’s playing golf every day in high school, running 6 miles for fun in college or playing sand volleyball up to 8 hours a day each summer that I lived in Ohio, my motto for life is all or nothing. This aspect of my DNA puts me at risk of becoming an alcoholic.

Wine is a mocker, strong drink a riotous brawler; and whoever errs or reels because of it is not wise, Proverbs 20:1.

When it comes to alcohol, I was a quick learner. Sure, there was a temptation in college to act cool by drinking. Yet. after one semester of partying, I grew out of this stage by sobering up. While I still went clubbing along the Flats in Cleveland, Ohio each summer, I usually went as the designated driver. From time to time, I let my guard down by drinking to excess. Following a severe hangover that last 2 days and an alcohol poisoning scare at a wedding reception, my drinking days ended.

Be well balanced (temperate, sober of mind), be vigilant and cautious at all times; for that enemy of yours, the devil, roams around like a lion roaring [in fierce hunger], seeking someone to seize upon and devour. 9 Withstand him; be firm in faith [against his onset—rooted, established, strong, immovable, and determined], knowing that the same (identical) sufferings are appointed to your brotherhood (the whole body of Christians) throughout the world, 1 Peter 5:8-9.

The Bible uses sober in a different context. While sober can refer to the practice of abstinence, one of Jesus’ disciples writes about becoming alert, clear-headed and spiritually awake. In this context, alcohol isn’t the enemy. Rather, the Devil possesses angelic powers, roaming the earth like a predator eager to pounce on the unprepared. Although quitting drinking can be extremely difficult, demonic influences and oppression seek to keep the powerless addicted. In view of this, it’s to sober up by joining Jesus, teaming up through a personal relationship so that freedom and victory is achieved.

Keeper of the Door

John Cusack plays a key master at a graduation party in the 1989 classic Say Anything.  Known as one of the more responsible seniors at his school, Cusack is delegated a role like a designated driver.  However, he greets each person at the door, taking the keys of every driver upon entry.  Thus, in the wee hours of the morning, Cusack drives home any drunk student in their own car, with his date played by Ione Skye  following behind to drive him back to the party.  Although some might be bitter with this assignment, better to be the keeper of the door than not invited at all.

The author of Psalm 84:10 makes a similar observation about the kingdom of God.  The Psalmist recognizes that while the party life style appears attractive to outsiders, it leaves an empty feeling deep within your soul.  Therefore, even if you are a lowly door keeper in the house of God, its far better than dwelling with the wicked.  The author’s point is that individuals should accept their lowly position, thankful for their invitation to the eternal party called heaven. 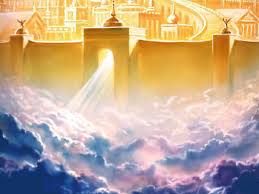 Unfortunately, its hard to play the door mat, being trampled and walked over by arrogant and ignorant people.  Humility is a tough pill to swallow, especially for the prideful.  Maybe this is why the Psalmist focuses on the joy of spending just one day in the presence of God.  If current believers can be rejuvenated by the Sabbath, expressing the same passion as Psalm 84, this world would be a much better place to live.  Therefore, before the sun sets on Sunday, starting a new week, spend some time with God, keeping the door of communication open all week long.  Listen for the knocking, Revelation 3:20, so that you can be a modern day keeper of the door!

Posted in Uncategorized and tagged being thankful, designated drivers, heaven, humility, Ione Skye, John Cusack, joy, keeping the door of communication open, Psalm 84:10, Say Anything the movie, soul, the house of God, the kingdom of God, the party called life, the presence of God, time with God. Bookmark the permalink.
%d bloggers like this: