A Not So Happy Thanksgiving

For most of my days, I’ve lived a sheltered life.  However, my first job after graduating from college brought me to inner city Wilmington, Delaware as a social worker.  My eyes were opened to the homeless, poor and unfortunate.  This experience led me to serve the needy during my first Thanksgiving in Chicago, going to a homeless shelter near Cabrini Green, one of the roughest projects in Chicago.  I didn’t see any television cameras or professional football players handing out free turkeys, what I observed was a not so Happy Thanksgiving.

Everyone should get of their comfort zones once in a while to see what its like on the other side.  I’m not talking about Eddie Murphy and Dan Aykroyd in Trading Places.  Rather, I think its healthy to see how little other people have so that you may begin to appreciate all the things you have accumulated in life.  Fashion, shopping and temporary pleasures blind most individuals to what’s really important: family, faith and fellowship.  Without this type of perspective, a spoiled generation will continue to whine, “what’s in it for me,” while the less fortunate have another not so Happy Thanksgiving.

Clothes, food and a place to call home is foreign to some individuals.  Though many may receive a Turkey to cook, how long will the leftovers last?  Will some have to wait til Christmas before the next act of generosity finds these helpless souls?  Therefore, as you watch the parades, gather for a feast and watch some football for dessert, don’t limit your giving to a couple of times per year.  Rather, take a look around and see who you can help so that a not so Happy Thanksgiving can turn into a very Merry Christmas. 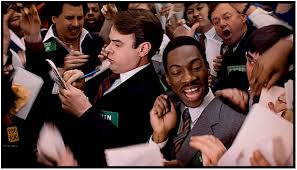 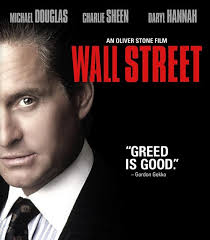 Such is the case of a first century man whose position and social status opened the door for compromise.  For Judas Iscariot, his career was promising, chosen to be one of Jesus’ 12 disciples, Matthew 10:4.  While not given the honor of being part of Jesus’ inner circle like Peter, James and John, Mark 9:2-9, Judas did receive special authority to preach and drive out demons, Mark 3:14-15.  John 12:4-6 reveals that Judas was also given the special responsibility of treasurer, overseeing the money given to Jesus’ ministry.  As the keeper of the money bag, Judas’ role likely included taking care of meals, traveling and any other expenses accrued during Jesus’ 3 year ministry on earth.

When you read Mark 14:10-11, there is much more beneath the surface to explain Judas’ betrayal, insider trading and subsequent suicide.  This is where you enter into uncharted territory, as the Bible is silent on this matter.  Thus, the only hope to reach a conclusion is to try to uncover the vast clues left behind by scripture.

1) Jesus was hard on his disciples, verbalizing his disappointment due to their lack of faith, Mark 8:21.

2) Maybe Judas was sensitive, eventually becoming a disgruntled servant after the incident in John 12:4-6, thinking he wasn’t appreciated or paid enough to continue following Jesus.

5) Judas thought Jesus would be an earthly king, raising to power as a ruler over Jerusalem, likely the same reason Peter turns from a fighter in Matthew 26:51 into a wimp moments later, Matthew 26:75.

Although, one of these may not be the exact reason for Judas’ betrayal, there is one thing Judas lacked.  Instead of entering into a personal relationship with Jesus like Nicodemus does at the end of his life, John 20:39-40, Judas remained an outsider spiritually.  In the process of accumulating wealth, Judas forfeited his soul, Matthew 16:26.  As Easter Sunday 2013 quickly approaches, make room in your heart for Jesus, by letting God into your life, Revelation 3:19-20.