The origin of Christmas is based upon the words found in the gospel of Luke 2:1-7.  In a sense, the census issued by Caesar Augustus forced a family reunion of sorts.  However, in this case, “everyone went to his own town to register,” Luke 2:3, back to your home town where relatives were born and raised.  Thus, Mary and Joseph rode on a donkey from Nazareth to Bethlehem nicknamed the City of David creating the first Christmas traffic jam.

Like finding a cheap hotel in Dover, Delaware during Race Weekend, Joseph didn’t have a prayer.  With the odds stacked against him, Joseph begged, pleaded and sought out a hole in the wall motel.  This dive was filled with manure, cold drafts and the constant noise of animals.  Yet, in this desolate place, the world welcomed a Savior, who came to seek and to save that which was lost, Luke 19:10.  When the shepherds arrived, the first Christmas concert was performed by angels, praising God for the miracle of life.

Today, Christmas has become a day where families reunite, if only for a day, meal or weekend.  Putting the past behind, its a time of reflection, thanksgiving and worship.  Despite the distractions of parades, sporting events and more shopping, Christmas wouldn’t be the same without family.  Maybe this is why death, divorce and orphans struggle to find peace on this sacred day.  Regardless of where this holiday may lead you in 2013, let me be the first to say, “Merry Christmas to all and to all a good night!”

When I was in junior high, I lost my retainer walking home from a friends.  Although I should have had it in my mouth, I was a teenage boy who just happened to put this retainer in a pocket with a hole.  To make matters worse, it was late fall with large leaves everywhere on the ground.  As I retraced my steps, I had to get a rake, spending hours until dark searching and praying.  Unsuccessful, I went back early the next morning on Saturday, desperately hoping I didn’t have to tell my parents I lost a $300 dental piece.  On a whim and many prayers, I tripped over my retainer, uncovered all the debris and went home rejoicing.

In the gospel of Luke, a doctor devotes an entire chapter to the theme of lost and found.  Whether its a sheep that wandered off from its owner, a woman misplacing a valuable coin or a rebellious son who lost his moral compass, each parable illustrates the love of God the Father.  According to Luke 15:7, any time a sinner who has lost their way finds their way back to Jesus, angels celebrate in heaven rejoicing over a repentant soul.  Whenever the lost are found, fairy tale endings occur.

However, today there are more distractions to cause the curious to stray off course.  In fact, one may say the severity of temptations in this age may be greater than ever.  Nonetheless, you should not use disclaimers or create a built in excuse for sin.  Moreover, 1 Peter 2:11-12 is pertinent advice, warning the unprepared by the invisible war just in case anyone get’s too comfortable.  As for now, make sure pride doesn’t convince you to believe that you can be your own shepherd.  Follow the principles of Proverbs 3:5-6 and you will stay in communion with God.

According to the Plimoth Plantation, 4 different states claim they were the site of America’s first Thanksgiving.  Florida, Texas, Maine and Virginia each have historical documents to support their claims.  Since Native Americans made it a tradition to hold celebration feasts whenever God had given their tribe a successful harvest long before the arrival of the Mayflower, its hard to know who’s right.  Thus, its not important who get’s the credit for this holiday, as long as individuals make it a point to display their gratitude to the Creator of life each Thanksgiving Day.

In ancient times, Moses records Israel’s first Thanksgiving, nearly 3 months following the miracle at the Red Sea, Exodus 19:1.  After Israel’s first triumph since their exodus from Egypt, husbands were reunited with their wives and children, Exodus 18:2-8.  As Moses shared all that God had done for Israel to his father in law Jethro, this statesman was moved to celebrate the great news.  Gathering the elders of Israel, Jethro organized the first recorded Thanksgiving feast, Exodus 18:9-12, offering burnt sacrifices to the Lord and breaking bread together.

The brother of Jesus urges modern believers to continue this tradition in James 1:17-18.  Instead of taking sole credit for the good things in life, James reminds Christians to thank God for the blessings bestowed upon us.  Although blessings are not always equally dispersed, your actions can influence the amount you receive, Deuteronomy 28:1-2.  Despite our sinful state, Romans 5:8, Jesus died so that we might become born again, John 3:3-5.  May the true meaning of Thanksgiving be revealed to you as you open God’s word, Romans 10:17, during this Christmas season.

Learning to Celebrate the Present

The spirit of envy has a way of convincing individuals that their life doesn’t measure up to others.  When compared to this co-worker, that neighbor and everyone’s favorite relative, your life disappoints, leaving depression which hovers over the human soul.  Instead of finding contentment in the life you are living, jealousy urges people to turn their eyes toward the other side of the fence where the grass always seems greener.

Yesterday, I attended a wedding of a friend I had done some work for in the past year.  Since I had to work my current job leading up to the afternoon ceremony, I didn’t have any expectations.  Rather, I came with an open mind, free from any preconceived judgments or stereotypes.  I was there to simply support my friend and wife to be.  As a result, my heart was fertile, ready to receive the message of the pastor.

Before the exchange of vows,  a 5 minute sermonette explained why this couple stood at the altar.  Entitled A Witness to Christian Marriage, these words were profound, convicting me of the life I had been living.  Over the last 3 years, I have glorified my past, bypassed the present and hoped for a brighter future.  In the malaise of my unemployment, I neglected to celebrate the present.  Thanks to this amazing invocation, God has inspired me to be thankful for my past, embrace the future and learn to celebrate the here and now of life! 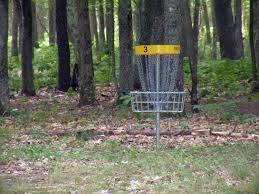 On New Year’s Day, 2012, my oldest son, James and I played in a Disc Golf tournament.  After a small entry fee, James and I played well enough to earn a Frisbee, placing in our age brackets.  Before leaving, I also received money for winning a closest to the pin contest, 3 feet away.  We celebrated on the way home, going out to lunch with our 2 brand new discs.  Before last night, this was the last time I experienced joy. 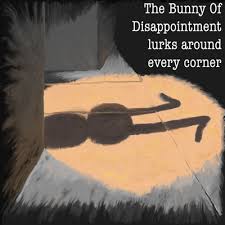 This mood was broken by a chilling a phone call, a lost job and 18 months of hopelessness.  While I thought earlier in the year my luck was going to change, subtle signs from the Lord clearly revealed Chick-fil-A was not going to be in my future.  Falling apart on the inside, the prayers of dear friends and my church, has carried me across a barren desert of disappointment.

Deep in my heart, the only place I initially felt called was to coach Daniel, my younger son’s baseball team in Newark.  During my month as a Marketing Director, I was convicted by my lack of time with family.  In my absence, Coach Adrian, Coach Alex and my wife stepped in to fill the void left by me.  The team held their own, hovering above 500 before I returned. 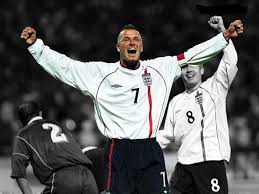 Last night, winning the league championship culminated one of the most gratifying seasons ever as a coach.  Beside a few errors and base running blunders, every player contributed to score and or prevent runs from scoring.  Emotionally fragile at times like my last 18 months, everyone kept their composure until the final out.  The cherry on top is news earlier in the week of receiving a full time position with Amazon, with a start date set for next week.  I thank the Lord for holding me together and providing these blessings so that joy could reemerge.