Every year panic triggers some sort of horrific event.  Whether its at a concert, escaping a fire or fleeing a terrorist attack, fear often leads to individuals to trample upon anyone who gets in the way.  In 2008, a Walmart employee from Long Island, New York died after wild shoppers on Black Friday began running to claim limited specials once the doors were opened.

But other Jews were jealous; so they rounded up some bad characters from the marketplace, formed a mob and started a riot in the city. They rushed to Jason’s house in search of Paul and Silas in order to bring them out to the crowd, Acts 17:5.

Unfortunately, there is more than one way to be trampled.  Anyone who uses social media can be verbally run over following a post that offends and upsets followers.  Several teenagers have committed suicide in the past 5 years shortly after being bullied, embarrassed or harassed by their peers.  While some of the content posted was self-inflicted, a spirit of gossip is encouraging many to pile on with one sarcastic comment after the other.

I hope that some day soon the citizens of America will come to their senses.  Sure, I like a good laugh, but it appears the line between right and wrong has shrunk.  Subsequently, innocent people are being trampled and discarded without any remorse or sorrow.  Trashing anyone who disagrees with your worldview is not the answer.  Instead, may God have mercy on us, extend grace to the hurting and save this divided nation from further trampling.

It’s Not Beginning to Look A lot like Christmas

Perhaps Christmas has become passe?  Or maybe commercialism has contributed individuals from losing sight of its meaning.  Either way, holiday music has been unsuccessful in preparing hearts to find the Christmas spirit.

You don’t have to go any further than Black Friday’s encroachment upon Thanksgiving to see and feel these effects.  Thanking God for the day has been interrupted by football, movies and shopping.  Add in mobs of citizens making a mad dash to get the last item left in the store; then you’ll realize its not beginning to look like Christmas.

As long as hearts continue to dwell on selfish desires, Romans 3:9-12, individuals will be unable to experience the true meaning of Christmas.  Possessing the spirit of Christmas isn’t something you can turn on and off.  Rather, you need a heart transplant, Romans 10:9-10.  Only then, you will the grinch inside of you vanish, opening the door for good tidings and joy to shine through. 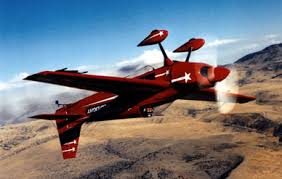 Imagery is used in books, movies and real life to communicate a deeper or hidden meaning. In the Bible, light and darkness is used as a metaphor to illustrate right from wrong. When the circumstances of life comes crashing down upon you, turning everything you thought you knew upside down, it’s time to return to the book of life for answers, Revelation 13:8.

Matthew 16:24-28 is a passage difficult to comprehend from a worldly point of view. The moment a child enters this world, they cry out for to their mother and then to whoever will change or feed them. This urging or desire is what the Bible calls our sinful nature, passed on from Adam, down to each and every generation, Romans 5:12. Nonetheless, Jesus turns everything you have learned about life around in Matthew 16:25. Life is not about taking control, holding onto it for dear life; real life is found by giving it away.

I guess you can say people are in desperate need of a mind transplant, transforming their thoughts from their self to others, Romans 12:1-2. Like the old Michael W. Smith song proclaims in its lyrics, “love isn’t love until you give it away!”. Therefore, as shoopers try to recover from the carnage that is Black Friday, let these words of Jesus soak in to help you catch the Christmas spirit; not for a season, for the rest of your earthly life. If you want to turn the world upside down, it’s begins deep inside your heart, John 3:5-8.