Sometimes Christian groups have to ride the coat tails of more popular bands. Such is the case for Revive who opened for Third Day on a national tour in January 2007. This Christian rock band based out of Atlanta, Georgia, consisted of Dave Hanbury, Rich Thompson, Tyler Hall, and Michael Wright. Today’s featured song Blink is one of many songs I incorporated into a Bible lesson as a high school teacher.

Come now, you who say, Today or tomorrow we will go into such and such a city and spend a year there and carry on our business and make money. 14 Yet you do not know [the least thing] about what may happen tomorrow. What is the nature of your life? You are [really] but a wisp of vapor (a puff of smoke, a mist) that is visible for a little while and then disappears [into thin air]. 15 You ought instead to say, If the Lord is willing, we shall live and we shall do this or that [thing], James 4:13-15.

The message of Blink is based upon the passage above. While the opening stanza quotes the Psalmist learning to count every day that the Lord gives you, the chorus focuses on the pace of life on earth. As an adult, I feel like time speeds up as my summer suddenly vanished. Rather than speculate, may the lyrics of Blink inspire to live your life one day at a time.

Posted in Truth and tagged Atlanta, Blink by Revive, Georgia, learning to count every day that the Lord gives you, live your life one day at a time, S.A.N.S. Episode 234: Blink, the group Revive, Third Day. Bookmark the permalink.

Today’s featured song comes from a group based upon the travails of a famous Old Testament character. Jacob’s Trouble was formed in Atlanta, Georgia in the 1980’s. Jacob’s Trouble combines that classic 60’s acoustic sound with a blend of the eighties and nineties. Like any group that evolves over time, Jacob’s Trouble sound ranges from a classic rock to modern pop.

Something Good Happens appears on the Let the Truth Run Wild album. The lyrics of Something Good Happens refers to the perspective that you possess in life. If you look at the world through eyes where your glass is half empty, you’ll feel disappointed. However, if you learn to develop a positive outlook on life, something good is bound to come your way.

During my years as a teenager, grounding was a common form of discipline. When a child became as tall as their parent or guardian, grounding replaced spanking for inappropriate, rebellious or wrong behavior. If you received bad grades on a report card, the punishment would range from grounded for a weekend, month or marking period depending upon how bad or the strictness of your parents.

For the Lord disciplines and corrects those whom He loves, And He punishes every son whom He receives and welcomes [to His heart].” 7 You must submit to [correction for the purpose of] discipline; God is dealing with you as with sons; for what son is there whom his father does not discipline? – Hebrews 12:6-7

Grounded also refers to a pilot who is prohibited or prevented from flying. In the 2012 film Flight starring Denzel Washington, pilot Whip Whittaker is on a routine flight from Orlando to Atlanta. When the plane suffers a
severe mechanical breakdown in midair, Whittaker played by Washington
does a miraculous job crash-landing this plane. Initially, Whip is treated like a hero until a toxicology test reveals traces of alcohol and cocaine in his blood stream. Thus, Whittaker is grounded until the investigation into this crash is complete.

For the time being no discipline brings joy, but seems sad and painful; yet to those who have been trained by it, afterwards it yields the peaceful fruit of righteousness [right standing with God and a lifestyle and attitude that seeks conformity to God’s will and purpose], Hebrews 12:11.

When I was young, I remember my initial spankings. This isn’t because of any emotional scars. Rather, it’s the words my parents shared prior to being spanked, “this is going to hurt me more than you.” My sarcastic mind didn’t understand what they were trying to say until I read Hebrews 12. Discipline is a form a love, extreme intervention at times to alter the steps of a wayward child. While grounding didn’t seem like a good idea when I was a teenager, now as a parent grounding has a new meaning. Although the PC police frowns upon biblical discipline, may the Lord give you insight and wisdom to discipline you own or future children properly.

Professional football analysts, commentators and former players often refer to the National Football League by the acronym Not For Long.  For example, all 32 teams have to trim their 90 man rosters down to 75 players by tomorrow afternoon, August 27th.  In addition, within the next week, teams will have to cut another 22 players before completing their 53 man roster before the start of the season.  As a result, 1,184 individuals will lose their jobs, having their dreams of playing professional football shattered this season.  Although some will be added to practice squads, the reality of not for long will ring true for most of these newly unemployed athletes.

From a golfing perspective, the P.G.A. Tour commenced their 2013 playoffs, sponsored by FedEx, this past weekend won by Adam Scott, with only 125 independent contractors assured of a spot on tour next season.  Each week, players are eliminated with only the top 100 advancing to play in Boston, the best 70 moving on to Chicago and the 30 highest point earners finish the season in Atlanta at the Tour Championship.  My professional career only lasted 6 months, playing in a few mini-tour events and failing to advance at the Canadian P.G.A. Tour Qualifying School.  Like the college stars who will be cut by one of 32 N.F.L. teams, letting go and moving on is a difficult transition, especially for young and gifted athletes. 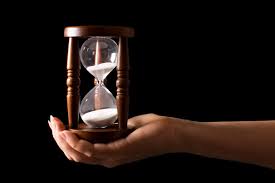 The brother of Jesus uses a similar expression to describe life in James 4:14.  James compares someone’s life to a mist, like the morning dew which appears for a little while, then vanishes as the sun evaporates any traces of its previous existence.  Just read the morning headlines of a local paper, click on breaking news alerts or listen to the news of the day as helpless and innocent bystanders have their lives end in tragedy.  With this in mind, try to develop a James 4:15 mindset, making the most of each precious day God gives you!