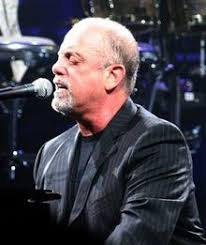 For many, music serves as a time warp, taking you back to the days of your youth upon hearing a song on the internet, mp3 player, radio or television.  According to 1 Samuel 16:21-23, music contains healing powers, soothing the soul of King Saul.  When I was younger, 8 track players were on their way out, vinyl had hit its peak and cassette players were the rage.  As for musicians, I was partial toward Billy Joel, Chicago and REO Speedwagon.  Two days ago, I couldn’t get one of Billy Joel’s song out of my mind.

Honesty was released in 1979 on Billy Joel’s 6th album 52nd Street.  The more I played the lyrics over in my mind, especially the chorus below, a truth hit home.

Honesty is such a lonely word.
Everyone is so untrue.
Honesty is hardly ever heard.
And mostly what I need from you.

In this politically correct age, void of honest humor, honesty has become a lonely word.  Instead of pushing individuals toward greatness, they are coddled, hand fed and led to believe they are greater than they really are.  Public education is the biggest offender of this crime against humanity. 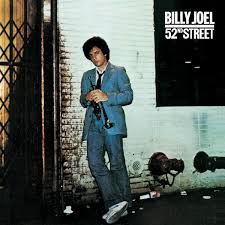 My high school teachers told us the truth, even when you didn’t want to hear it.  These words served as inspiration and motivation to prove others wrong.  As a parent of 3 children now, all in public education for the first time, administrators need to apply the message of Billy Joel’s song.

Students don’t need award ceremony after award ceremony, celebrating who came to school every day and who didn’t.  This generation needs to be challenged by demonstrating tough love.  Affirmation and encouragement is important, yet to be a rugged individual, you must learn to endure hardship, embrace trials and pursue excellence.  The more you hear the truth through constructive criticism, your ability to reach your full potential increases.  As you practice this for yourself, you will see Billy Joel was right, honesty is a lonely word.  Change it now!

On a personal note, its nice to hear how great you are.  However, to be the best writer I can be, please send me comments about topics I am not covering, how I can improve my writing or flaws you pick up reading my blogs.  Perfection may be impossible to achieve, Matthew 5:48, but trying to achieve it often results in future benefits or break throughs.  Any constructive criticism you are willing to send my way is greatly appreciated.  Good day and may God bless you all!