RSS Feed
← Writing in the Sand
Sizing Up My Faith → 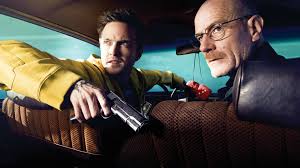 A friend recently turned me onto the drama, Breaking Bad.  Debuting in 2008, this storyline features Walter White, a high school teacher who has been diagnosed with inoperable cancer.  Struggling to provide for his family, Walter turns to a former student, Jesse Pinkman to avoid leaving a legacy of debt.  Using his knowledge of chemistry, Mr. White starts up a methamphetamine ring to create a slush fund of savings.

Breaking bad is nothing new, a growing trend since the first act of disobedience  in Genesis 3:6.  An old testament prophet uses similar terminology in Malachi 2:10-12, referring to the broken faith of Jews, highlighted by their acts of unfaithfulness.  Even one of the holiest men who ever lived, the apostle Paul, confesses his own shortcomings in Romans 7:15, 17-18.

If this wasn’t enough, the United States of America is in their 5th decade of breaking bad.  Kicking God out of public education during the 1960’s opened the door for abortion on demand in the 70’s.  The establishment of cable television in the 1980’s brought immorality, pornography and sexual innuendos into many American homes.  With moral antennas lowered, the 1990’s brought brief nudity and cursing to public television through the hit series NYPD Blue.  Edgy commercials, custom malfunctions and reality shows continued to push the envelope in the 2000’s.

As my 3 children grew up in this shewed culture, I hate to see what the next 50 years will bring their kids.  If Animal Planet’s Tanked 2013 season premiere is any indication, I’m horrified.  Without any warning, in a show often geared for kids, the 2 main characters Brett and Wayde used the word jackass several times, doing a special tank for one of the main stars in the movie series.  As individuals, media outlets and nations slide down this slippery slope, there is only one who hasn’t lowered their standards, Hebrews 4:15-16.  Go against the flow, look up to Jesus and make a conscious decision to glorify God, 1 Peter 2:11-12, so that breaking bad doesn’t enter your mind!