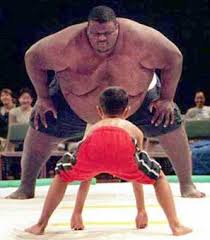 As a youngster, I recall wrestling with other kids from my neighborhood in Delaware.  These matches continued until someone said uncle, often resulting in complaining, cursing or cries for help afterward.  The losers remained on the ground for several minutes, needing a hand to get back on their feet.

Today, Christians across America are fighting a similar battle with sin.  Unfortunately, instead of finding a helping hand, their friend has joined them, caught in the grasp of  addictive habits.  These spiritual headlocks are leaving believers choking, wheezing and nearly unconscious.  Knocked to the mat, taken down and pinned by their sinful nature, Galatians 5:17, lost and weary souls are running out of time.

Jesus steps in as the chief official of this match in Matthew 11:28-30.  Calling time up, Jesus lends his hands to the fallen.  With a promise of rest, Jesus isn’t forcing anyone to get up.  Yet, this offer is an open invitation, “if you are willing, take my hand?”