As a prerequisite for any discussion about evil in this world, moral evil must be distinguished from physical or natural evil. While natural disasters are often defined as acts of God by insurance companies to avoid going bankrupt, drunk individuals who decide to get behind the wheel of their vehicle exercise freewill. Earthquakes, hurricanes, tornadoes, and tsunamis are natural phenomena’s that occur throughout the world annually. The aftermath of these natural events may be associated with a curse or some form of punishment. Meanwhile, physical evil exists when human beings find themselves under the influence of a drug, foreign substance or evil spirit.

This [evil] persuasion is not from Him Who called you [Who invited you to freedom in Christ], Galatians 5:8.

In a first century letter, the apostle Paul suggests that witchcraft infiltrated one particular church, Galatians 3:1. Paul uses the expression of being under a spell cast by a religious sect who were adding and subtracting from the apostles teaching. A modern way of saying this might be something like, “wake up and smell the coffee.” Evil has a way of slowly and subtly changing people. The Psalmist illustrates this in the very first verse, Psalm 1:1. Evil persuasions begin with counsel that deviates from the Bible. For those who are curious like Eve in Genesis 3:1-6, evil has a way of luring you to take stances that you normally wouldn’t. Anyone who continues down this road will eventually participate by joining in evil acts.

Do not be so deceived and misled! Evil companionships (communion, associations) corrupt and deprave good manners and morals and character. 34 Awake [from your drunken stupor and return] to sober sense and your right minds, and sin no more. For some of you have not the knowledge of God [you are utterly and willfully and disgracefully ignorant, and continue to be so, lacking the sense of God’s presence and all true knowledge of Him]. I say this to your shame, 1 Corinthians 15:33-34.

The Pharisees and religious leaders of Jesus’ day understood this principle. Thus, when Jesus began to associate with and reach out to sinners, Matthew 9:10-11, they were leary of Jesus’ intentions. Yet, when you are the light of the world, the greater the darkness provided opportunities to expose evil. However, for everyone else who isn’t the son of God, Paul needed to remind first century Christians of a biblical truth in the passage above. Whatever good intentions that you may have, over time bad character will corrupt godly individuals. Therefore, unless you have access to an accountable group to cover you in prayer, it doesn’t take much for evil persuasions to cause a once mighty saint to slip toward the dark side.

Posted in Truth and tagged acts of God, an accountable group, being under a spell, curse, earthquakes, Evil Persuasions, evil spirit, exercise freewill, hurricanes, moral evil, natural disasters, natural phenomena, Prayer, the apostles teaching, the Light of the world, tornadoe, tsunamis, under the influence of a drug, witchcraft. Bookmark the permalink.

The Axis of Evil 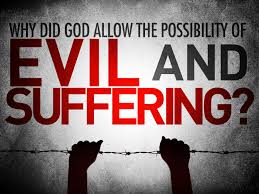 As I tuned in periodically to inquire about the motive behind the December 14th school shooting at Sandy Hook Elementary, I heard a common denominator on cable news networks.  Whether it was a pastor, politician, priest or psychologist, each so called expert or guest panelist mentioned the presence of evil as the cause or reason.  During his State of the Union Address on January 29th, 2002, President George W. Bush used the expression “axis of evil” to describe the forces and powers that contribute to the existence of terrorism in our world.  The Bible breaks down this axis of evil into 3 distinct areas which is vital to fully understand how a 20 year old could commit such a heinous crime.

According to Dr. Ed Murphy, an associate professor of Bible and Missions at San Jose Christian College in California, there are 2 kinds of evil that exist on earth: natural and moral.  Natural evil results from natural elements of the universe like earthquakes, floods, hurricanes, tornadoes, tsunamis and volcanic eruptions.  Moral evil occurs when man or woman exercise their freewill, resulting in crime, drunk driving deaths, road rage and behaviors mentioned in Galatians 5:19-21.  However, evil exists on 3 levels: within our own sinful nature, the temptations and darkness of the world and in the spiritual realm through demons and evil spirits.

The prophet Jeremiah first spoke about the first level of evil in the Old Testament within Jeremiah 17:9.  Since the origin of sin in the garden, Genesis 3, hearts have been poisoned due to the curse, as everyone born since has been born into a sin nature.  Thus, Adam Lanza’s heart  was vulnerable to deceit.  In fact, Jesus equates murder with hatred in Matthew 5:21-22, making it conceivable for Adam to fall prey to jealousy and hatred like Cain in Genesis 4.

The second level of evil consists of all the distractions which pull you away from God.  While visiting Athens, Greece, the apostle Paul was greatly distressed by the idols which blinded people from knowing the one true God in Acts17:16-23.  Unfortunately, the era of Happy Days is long gone as most Americans have turned away from following God with their whole heart.  Instead of the church influencing the culture, this post-modern society is weakening many believers, resulting in a luke warm Christianity.  It’s likely, no one demonstrated the love of Christ to Adam while he was alive which led him to fall in love with the ways of the world, 1 John 2:15-17.

Finally, the parable of the Sower suggests that the Devil or demons can snatch away the seed of the gospel sown into an individual’s heart, Matthew 13:18-19.  The apostle Paul believes that the god of this age, Satan, Ephesians 2:2, has blinded the minds of unbelievers, preventing know from knowing God, 2 Corinthians 4:4.  Furthermore, Ephesians 4:27 opens up the possibility of allowing the devil to have a foothold in your life.  If this is true, then Adam could have been ensnared into a real life James 1:13-15 situation.  Once these evil thoughts entered his mind, he reached a point of no return.

I don’t claim to know what happened.  Only God knows the answers to this tragic event.  However, I just wanted to illuminate a possibility, using scripture as a road map to show others how the sinful nature influences the heart, which yearns for the world and can come under the influence or possession of unseen forces, leading someone to do the illogical described in Romans 7:14-20.  May this event serve as a spiritual wake-up call, like 9/11/01 did for many, to lead people back on the straight and narrow path, Matthew 7:13-14.  Continue to pray for the Newtown community as they wrestle with God, trying to come to grips with what just happened.  In this time of darkness, remember the promise of Romans 8:38-39.

A student who is continuing to learn about the spiritual realm.

Bad Breaks or a Curse? 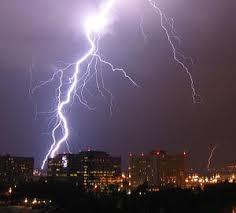 When lightning strikes or breaks don’t seem to go your way, how do you make sense of these events.  Chicago Cubs fans believe in the curse of the Billy Goat placed on the team by Billy Sianis after being ejected from a game in 1945.  Meanwhile, Philadelphia sports fans claim the curse of William Penn has affected the success of their teams once the city of Philadelphia allowed One Liberty Place 1n 1987 to tower above the statue of William Penn, the former highest structure in town.

From a worldy perspective, there are 2 types of evil, natural and moral.  Natural evil occurs when the natural forces in the universe cause havoc on earth in the form of earthquakes, hurricanes, tornadoes and tsunamis.  Moral evil occurs when human beings exercise their free will to drink and drive, commit a crime or hold a grudge against someone.  When bad breaks, unusual events or strange things occur, nature or human beings are to blame.

However. I have discovered there is another force at work, one that is supernatural.  Sometimes God has allowed me to fail to humble me, teach me a lesson or steer me in a different direction like Acts 16:6.  On the other hand, when a series of bad thing happen to you, it could also be a word curse like James 3:9-10, a hex placed on you by an enemy or in extreme cases you could be cursed by a witch or someone practicing voodoo.  So the next time you have one of those Murphy Law kind of days, think about these 3 types of evil, ask God for discernment and pray that the Lord raises you up on eagle’s wings, Isaiah 40:30-31.