A House of Horrors

As cable and streaming services continue to feature horror films this month, the Bible contains a villain unlike any depicted by Hollywood. The backstory of this man from Gerasa comes to the surface as Jesus asks a series of probing questions. Apparently, this man left home as he was afraid that he might hurt his wife or children. Subsequently, he moved out to live alone in a series of catacombs.

They came to the other side of the sea to the region of the Gerasenes. 2 And as soon as He got out of the boat, there met Him out of the tombs a man [under the power] of an unclean spirit. 3 This man [a]continually lived among the tombs, and no one could subdue him any more, even with a chain; Mark 5:1-3.

According to John Mark, this man exhibited uncontrollable fits of rage, possessing supernatural strength. Sensing some sort of demonic possession, Jesus doesn’t stop his inquiry until discovering this man’s spiritual condition. Based upon the context of Mark 5:13, this Legion which spoke to Jesus was like something out of the Exorcist. The actual number of demons inside this man was two thousand.

For he had been bound often with shackles for the feet and [b]handcuffs, but the handcuffs of [light] chains he wrenched apart, and the shackles he rubbed and ground together and broke in pieces; and no one had strength enough to restrain or tame him. 5 Night and day among the tombs and on the mountains he was always [c]shrieking and screaming and [d]beating and bruising and [e]cutting himself with stones, Mark 5:4-5.

The number of demonic influences living inside this man is incomprehensible, even for Hollywood. Nonetheless, this sets the scene for one of the most memorable exorcisms in the Bible. Mark spends a total of 20 verses on this man living in a house of horrors, waking up from nightmares in a graveyard. Yet, in this story, there were no human murders, just a herd of hogs that drown in the Sea. This account reveals how Jesus can transform one man’s house of horrors into a peaceful sleep and in his right mind. 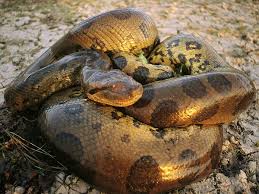 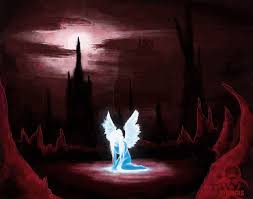