Piercing the Darkness of an Election

Research for my latest screen play has led me to revisit Piercing the Darkness. This 1988 novel by Frank Peretti is the second book in a series that unveils the ongoing war between angels and demons. This Present Darkness first opened my eyes to the spiritual realm back in 1986. While cutting edge at the time of it’s publication, the current trials facing Christian Schools, Churches and Public Education is so unbelievable that the mainstream media de-emphasizes these threats with terms like conspiracy theories.

Put on God’s whole armor [the armor of a heavy-armed soldier which God supplies], that you may be able successfully to stand up against [all] the strategies and the deceits of the devil. 12 For we are not wrestling with flesh and blood [contending only with physical opponents], but against the despotisms, against the powers, against [the master spirits who are] the world rulers of this present darkness, against the spirit forces of wickedness in the heavenly (supernatural) sphere, Ephesians 6:11-12.

Now that the 2020 Election is over, you might want to know what or who was behind the $8 billion spent on Campaign advertisements. While some were positive, focusing on why you should support and vote for an individual on the ballot, the majority were negative. Or should I say a combination of embellishments and mis-truths designed to smear political opponents. When comments are taken out of context and media interviews altered, anyone can be made to look like a failure or fool.

Therefore put on God’s complete armor, that you may be able to resist and stand your ground on the evil day [of danger], and, having done all [the crisis demands], to stand [firmly in your place]. 14 Stand therefore [hold your ground], having tightened the belt of truth around your loins and having put on the breastplate of integrity and of moral rectitude and right standing with God, 15 And having shod your feet in preparation [to face the enemy with the firm-footed stability, the promptness, and the readiness produced by the good news] of the Gospel of peace. 16 Lift up over all the [covering] shield of saving faith, upon which you can quench all the flaming missiles of the wicked [one]. 17 And take the helmet of salvation and the sword that the Spirit wields, which is the Word of God, Ephesians 6:13-17.

If a politician can’t win on their own record, desperate campaigns are tempted to follow in the footsteps of Primary Colors. This 1998 film was rumored to be based upon Bill Clinton’s strategy to win the White House. Like any form of compromise, there is often a web of deception, sweeping every negative news story under the carpet, out of plain sight. Whether you voted for Biden or Trump, the truth will prevail in the end. Commercials may make one candidate to look like a saint or rising star, but you can’t hide from your record. Despite having most cable news networks, newspapers and social media on the side of Democrats and Progressives, spiritual forces continue their battle behind the scenes to determine who will control America’s future. While the Democrats have the inside track currently, you never know what God has up His sleeves.

When Voices of Doubt Wear You Down

Over the past month, I wanted to refresh my mind of the spiritual realm. I decided to reread Piercing the Darkness by Frank Peretti, opening my mind to what is going on behind the scenes spiritually. Peretti’s style of writing does a good job of illustrating how demons like doubt can wear individuals down. Comparing evil spirits to pests that feed on negativity, Christians that don’t take the spiritual dimension seriously will be overwhelmed as spiritual warfare intensifies.

Only it must be in faith that he asks with no wavering (no hesitating, no doubting). For the one who wavers (hesitates, doubts) is like the billowing surge out at sea that is blown hither and thither and tossed by the wind, James 1:6.

Jesus’ earthly brother compares doubt to crashing waves upon a shoreline. As someone who loves going to the beach, waves are relentless. While tides rise and fall, waves keep coming. While the size of waves varies depending upon the weather, waves don’t call time out, pause or take time off. Rather, one after another, waves weaken body surfers and boogie boarders with each crashing blow. James’ analogy doesn’t consider voices of doubt.

For truly, let not such a person imagine that he will receive anything [he asks for] from the Lord, 8 [For being as he is] a man of two minds (hesitating, dubious, irresolute), [he is] unstable and unreliable and uncertain about everything [he thinks, feels, decides], James 1:7-8.

The passage above transitions from physical waves to waves of emotions. Whenever confidence is invaded by doubt, hesitation is conceived. Instead of building confidence, doubt erodes human minds spiritually like crashing waves on sandy beaches. While salt water exposes hidden debris, doubt makes minds unstable. As soon as thoughts begin to slip, voices of doubt will wear you down. As this enfolds, make sure you follow the apostle’s Paul advice in 2 Corinthians 10:3-5 to take captive your thought life when doubt tries to invade your soul.

Under the Power of the Devil

An addiction starts off as a habit which can lead to an obsession, causing individuals to fall prey to compulsions and cravings.  Such behavior can develop into sinful patterns, tendencies that slowly become the norm for one’s life.  While psychologists may narrow in on a few possibilities, Luke has another explanation in Acts 10:38.  In his day, many souls were clearly under the power of the devil.

Based upon the accounts within the 4 gospels, demons and or spirits can attribute to various medical issues.  Beside the obvious, demon possession, like the case in Matthew 15:22, spirits can influence hearing, movement and speech, Matthew 8:16, Mark 9:17-18 and Luke 13:11.  Although I am not an expert; nor did not spend the night at a Holiday Inn Express, yet I do believe there is a correlation between good health and being under the power of the devil. 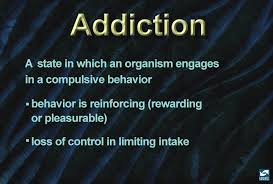 Some where between fiction and reality lies the spiritual realm.  While unseen, Ephesians 6:12 mentions a place where dark and supernatural powers exist.  Author Frank Peretti has used a series of novels: This Present Darkness, Piercing the Darkness and The Oath to illustrate this mystery.  Though fiction, no one has been able to capture this spiritual dimension like Peretti.  Therefore, if you have tried everything in your power to resolve your current problem like the disciples in Matthew 9:19, rely on prayer to free you from the power of the devil, Matthew 9:29.