The Ground to Play

If it wasn’t for recess, I wouldn’t have survived my twelve years in public education. The playground was a place of refuge for me. This was the only place in school where talking wasn’t necessary. Despite being short for my age until high school, my passion for sports quickly shined through. I may not have been strong, but I was fast and obsessed with winning. Meanwhile, this ground to play hid my severe stuttering from my peers. The more I competed at recess opened my eyes to the kind of athlete I could become.

Listen then to the [meaning of the] parable of the sower: 19 [h]While anyone is hearing the Word of the kingdom and does not grasp and comprehend it, the evil one comes and snatches away what was sown in his heart. This is what was sown along the roadside. 20 As for what was sown on thin (rocky) soil, this is he who hears the Word and at once welcomes and accepts it with joy; 21 Yet it has no real root in him, but is temporary (inconstant, [i]lasts but a little while); and when affliction or trouble or persecution comes on account of the Word, at once he is caused to stumble [he is repelled and [j]begins to distrust and desert Him Whom he ought to trust and obey] and he falls away, Matthew 13:18-21.

At a recent LIV Golf clinic for kids in New Jersey, Commissioner Greg Norman shared a power message about competing in sports. Norman encouraged these youngsters to play as more sports as possible as these avenues provide a ground to play. Sports helps you see your strengths while revealing weaknesses as well. Meanwhile, if you want to get better, sports teach the competitive discipline to reach your full potential in life. Yet, for now sports provide the ground to compete and play for kids.

As for what was sown among thorns, this is he who hears the Word, but the cares of the world and the pleasure and delight and glamour and deceitfulness of riches choke and suffocate the Word, and it yields no fruit. 23 As for what was sown on good soil, this is he who hears the Word and grasps and comprehends it; he indeed bears fruit and yields in one case a hundred times as much as was sown, in another sixty times as much, and in another thirty, Matthew 13:22-23.

Jesus shared a first century parable based upon the different environment’s children are born into and are forced to confront in life. After speaking to a crowd, the disciples wanted to know further details about Jesus’ parable. Uses farming an analogy, there are 4 different types of soils farmers face. The first three all have limitations that stunts growth. The ultimate goal is to manage farms so that after years of discipline and hard work, fertile soil yields a great harvest. In the meantime, find ground to play with.

A Christmas Without Gifts?

This morning a thought came to my mind, what would Christmas morning be like without gifts?  First of all, most would enjoy a good night sleep before going to church or sleep later after attending a midnight service.  Once awake, the distractions of presents might actual promote quality conversations as individuals reflect upon the previous year.  As breakfast or brunch is served, discussions would likely move toward meaningful topics, free from typical superficial talk about who received the best gift and which family member got the shaft or least favored status.

Without the rush of getting back to play with your newest toy, the birth of the Messiah might become real to young children.  Instead of being brain washed by traditions of Christmas, Colossians 2:8, words from the Bible would fall upon fertile soil, Matthew 13:23, opening the door for faith to prosper, Romans 10:17.  Thus, Christmas wouldn’t be about what you got for Christmas.  Rather, hearts and minds would be transformed from “Thank you Santa, to Thank you God for the promise of Matthew 1:23.”

If I struggle with balancing a traditional Christmas with worshiping baby Jesus, I’m sure I am not alone.  My Christmas Day prayer is that I will point my children toward the true reason for this season.  When the sunsets on the 25th, families shouldn’t have to wait another calender year to celebrate the birth of Christ.  Rather, the Spirit of Christmas can and should be kept alive through the power of the Holy Spirit, 2 Peter 1:3-4, given to all those who believe.  Although the day is now December 26th, its never too soon to start preparing your hearts for a Christmas without gifts, devoted to the King of Kings and Lord of Lords.

The Continuum of Sin 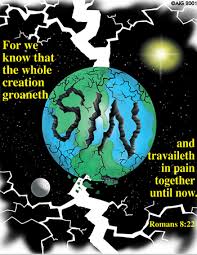 In the film, Behind the Devil’s Door, still in its infant stage, I am attempting to unravel the allure and subtleness of sin.  James, the brother of Jesus uses first century fishing terminology to address the power of sin, James 1:13-15.  Like a fish in hiding, a specific bait get’s their attention, similar to a momentary lapse in judgment.  It only takes a minuscule compromise to get hooked, setting in motion the continuum of sin.

The human mind is like fertile soil, ready to prosper with the right balance of the Son and living water, John 4:13-14.  Unfortunately, this ground is surrounded by fields of weeds, influenced by the flesh, world and spiritual realm.  Winds of temptation blow seeds of self, pleasure and rebellion, seeking to take root in your thought life.  Once implanted, this foreign root system can over ride your will, leading you toward a series of choices near the road called sin. 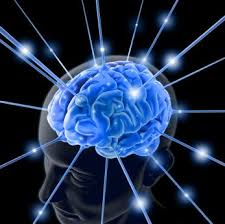 When detours are taken and U-Turns back toward God aren’t executed, your choices form a cycle of sin, also known as bad habits.  If these habits continue, without holding them in check, unusual behavior results due to a loss in control, forming addictions.  Empowered by a lack of self-discipline, addictions grow into an internal bondage, becoming enslaved to a specific sin or sins, Romans 7:15.

Every month, another minister is exposed by the continuum of sin.  Even if one is not discovered or found out, this pattern continues without public confession or purging sinful elements which produces your desire to sin.  The longer one strays from the narrow road of eternity, Matthew 7:13-14, the more difficult it becomes to escape this bondage and the demonic forces feeding your flesh.  Evil super naturalism then creates a spiritual stronghold, making it impossible to break free on your own.

The James 5:16 principle is the first of many steps toward a path to recovery.  A weekly accountability partner is essential, intervention is highly recommended and divine help through people praying for you can unravel this stronghold.  As for the time, it varies depending upon your degree of sin.  The apostle Paul gives believers further insight in 2 Corinthians 10:3-5 to help you in your battle with the continuum of sin.  Never give up hope as you wrestle to take back control of your heart, soul and mind!