In May of 2011, one of the most devastating EF5 tornadoes struck Joplin, Missouri, killing 161 people.  Images of this destruction shocked residents, leaving most unable to distinguish their homes, neighborhoods and town.  Like any tragedy, media outlets flocked to Joplin, trying to portray human interest stories of survival.  Unfortunately, the most intriguing account never received much attention until now.

For he will command his angels concerning you to guard you in all your ways, Psalm 91:11.

Perhaps, not sure how to handle several strange encounters with butterfly people, the National Paranormal Association published this phenomena in a January 16th, 2012 article.  Intrigued, a recent episode of Monsters and Mysteries in America dedicated a portion of their show to illustrate how these entities shielded woman and children from flying projectiles.  If these angels didn’t intervene on behalf of Joplin, the death toll would have likely reached into the thousands.

My God sent his angel and shut the lions’ mouths, and they have not harmed me, because I was found blameless before him; and also before you, O king, I have done no harm, Daniel 6:22.

Whenever news doesn’t fall into alignment with a secular worldview, most stories are buried, nixed or suppressed.  In the case of Joplin, maybe writers didn’t want to emphasize that angels saved some while 161 perished.  Whatever the reason for this omission, its clear that angels are not just an old wise tale.  Rather, guardian angels exist in many shapes and forms.  Although butterfly shaped creatures sound unreasonable, when you connect the dots, its highly probable that eye witnesses of these encounters saw Joplin’s angels.

In a twinkling of an eye, the landscape of Moore, Oklahoma was forever changed on Monday by a 2 mile wide EF5 tornado.  This suburb of Oklahoma City, located about a 30 minute drive south of the state capital is reeling as it picks up the pieces from a devastating storm system that left a path of destruction over 10 miles long.  When news first broke of one elementary losing the lives of 9 children, a spirit of mourning went out to the families, parents and school faculty.

While members of my little league team was crying over our third consecutive loss tonight, the pictures on television have put life back into its proper perspective.  Houses can be rebuilt and businesses can be put back together, but on this earth we all have just one life to live.  May this tragedy serve as a wake up call to those of us whose priorities are off track.  Though many needs will require financial gifts like those pledged by Kevin Durant on the OKC Thunder, for a simple prayer based around Psalm 34:18 should suffice for now. 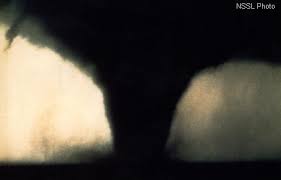 In times of trials, people are forced to pull together, revealing the true you.  Thus, as neighbors of Moore mourn for those who have passed and frantically search for those still missing, lift up this town in prayer.  The miracles you hear about today or tomorrow may have occurred due to your faithful prayers.  Ask God to send his angels into action to heal the brokenhearted and crushed souls.  As M.C. Hammer once urged Americans to do, “You’ve Got to Pray!”