One of my weakest areas as a high school teacher was consistently disciplining students by the same standards day in and day out.  When I was in a good mood, I tended to be more patient, forgiving or overlooking acts I normally confronted or punished.  Meanwhile, if I was frustrated or irritated by a previous class, the wrath of Mr. Mankus came down in full force, kicking students out of class or sending several willing participants to after school detention.  In a sense, my goal was to communicate the message, “you’re forgiven, yet not excused for your behavior. 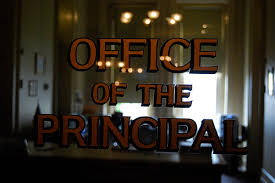 As a parent, this struggle has become more complicated as my kids have grown up and become too comfortable to their laid back dad.  Whenever I try to corral them toward a desired behavior, I receive sarcasm, creating a chain of laughter at my dinner table.  Discipline is like an art form which requires discernment, firmness and a set of values to abide by.  Bribing my children doesn’t work as well as it once was, spanking only worked when they were younger and yelling is too exhausting.  Although I am imperfect, all I can do is strive to live out Proverbs 22:6, proclaiming, “you’re forgiven by not excused from your actions.”

John 8:1-11 contains a woman whose hand in caught in the cookie jar of sin.  Before the days of judges and juries, the religious leaders were old school, taking action right away.  Interrupting Jesus’ teaching, the Pharisees were eager to apply the law of Moses, seeking the death penalty for the adulterer.  Thinking of his journey to the cross, Jesus turned his attention to perfection, looking for the guiltless to pick up the first stone.  Writing down the sins of the people in the crowd in the sand, the accusers leave one by one, dropping their rocks on their way home.  Although the crowd fled, Jesus didn’t let the woman off easy.  John 8:11 implies once you ask God for forgiveness, an act of contrition is necessary.  Jesus loves you just the way you are, but cares enough to move you beyond sin.  Therefore, the next time you receive forgiveness, God expects genuine repentance, turning 180 degrees toward Him, leaving sinful ways in the rear view mirror.

Last night, my favorite lamp (if there is such a thing) and the only light source in our family room went out just before Bible Study.  After investigating for a few minutes, I discovered the main plug had begun to tear away from the cord creating a fire hazard.  Thus, I was forced to improvise, bringing a lamp from upstairs as a temporary solution.  Without an electrician at my immediate disposal, I was powerless, left in the dark contemplating another annoying hassle thrown into the equation called life.

On August 14th, 2003, 50 million residents of the Northeastern portion of the United States were powerless, forced to resume life without power during the largest power outage in U.S. history.  An aging electrical grid left residents from Ohio,  across to New York City and up as far as Ontario, Canada without power.  Like a bad practical joke, America didn’t have a choice except slow down, go back in time and make the best of life for 24 hours.  Fortunately, I had moved to southern Indiana in June or I would have spent my birthday in the dark.

Enslaved by technology 10 years later, this generation might have a hissy fit if a similar outage occurs, crying out for 4G, their favorite game systems and high definition television.  Blinded by the delicacies of life, many adults still act like spoiled children, complaining until they get their way.  Romans 8:3 refers to a spiritual blackout, where people are powerless, unable to save themselves from sin and its powerful grip.  In a pit of despair, Psalm 30:1-3, helpless to turn life around, God sent his son Jesus to be a sin offering, cancelling the debts we have accrued .  Therefore, the next time the lights go out for an extended time, grab a flashlight and find a Bible.  While you may be powerless, God provides the juice in Romans 5:8 to flip your life around for good.

A Solution for Pollution 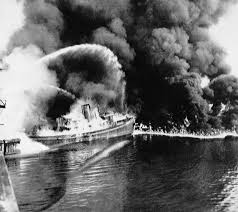 Prior to the 1970’s, rivers and streams in the United States were treated like garbage disposals, passing on your trash to someone else down stream.  After the Cuyahoga River in Cleveland, Ohio caught on fire for the 5th time, the modern environmental movement was born.  These pioneers inspired the creation of the Environmental Protection Agency.

From a societal point of view, individuals have been crashing and burning for centuries.  As a result, daily doses of anger, frustration and lashing out have gone airborne, leading to a different type of pollution.  Commencing with curiosity and temptation in the Garden of Eden, sin has entered this world.  Signs of this toxic behavior have corrupted children, scarred adults and wounded innocent bystanders. 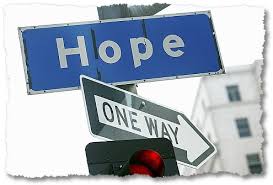 If a government can establishment an agency to nurture God’s creation, why can’t the church develop a solution to cure polluted souls?  At this moment in time, planet earth is in dire need of ambassadors, representing Christ in a dark and desolate culture.  One of the first steps is to recognize the source of soul pollution, Romans 3:23.  The next logical process requires a check up visit to see the Doctor of Life, receiving the antidote for this disease, John 3:16-17.  Finally, the best solution for eliminating soul pollution is to embrace our own weaknesses, 2 Corinthians 12:7-10, trusting that Christ will incinerate our lusts, inappropriate passions and self-seeking desires.  Join me in this battle of flesh and blood, Ephesians 6:10-12.