Within the Grasp of the Human Mind

Modern scientists tend to gravitate toward atheism, trusting only that which they can prove via science.  Others follow a similar path to C.S. Lewis, abandoning a childhood faith, encouraged by higher education professors who do not believe that God exists.  A more recent example is Lee Strobel, a former reporter for the Chicago Tribune and Daily Herald, eager to prove that Christianity is a fraud.  Strobel’s testimony can be found in the book and now movie The Case for Christ.  Regardless of what so called experts, the media and scholars proclaim, the answer to the meaning of life is within the grasp of the human mind.

“Those laws (of nature) are within the grasp of the human mind; God wanted us to recognize them by creating us after his own image so that we could share in his own thoughts,” Johannes Kepler in 1599.

During a trip to the new Museum of the Bible in Washington DC, I found this to be true.  On the second floor, Level 2, this exhibit is entitled the Impact of the Bible.  Like a living history book, there are hundreds of quotes from Colonists, Pilgrims, founding fathers, former presidents and past leaders of the United States.  Yet, other displays extend beyond our borders, documenting famous individuals in their fields throughout the world.  Two of the most intriguing comments come from a former astronomer and mathematician listed above and below.  Without mentioning scripture, each man appears to be referencing the invisible qualities of God, Romans 1:20.

“If the sacred scribes had had any intention of teaching people certain arrangements and motions of the heavenly bodies… then in my opinion they would not have spoken of these matters so sparingly, Galileo Galilei in a 1615 letter to the Grand Duchess of Christiana.

During his own letter to the church of Rome, the apostle Paul suggests that no should claim, “I didn’t know?”  Rather, the creation of the world reveals God’s invisible attributes.  A sunrise, the sun setting over an ocean and a rainbow following a storm are clear signs of a mastermind.  C.S. Lewis devotes the first section of Mere Christianity eluding to the Law of Human Nature.  While Lewis does highlight objections to this law, his words support what Galileo and Kepler have written.  If only human beings slowed down this Christmas season and stopped what they are doing for a moment, Psalm 46:10, the answers to the meaning of life are within the grasp of the human mind.  This revelation is just a prayer away. 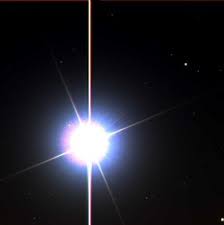 On the last night of the 3 Magi’s journey from the East, the star they had been following became stationary, hovering over the birth site of Jesus, Matthew 2:9-10.  One final night of glory, this unique star completed its purpose, gradually fizzling out like those created before it.  According to the Hertzsprung-Russell Diagram, they are 7 main types of stars based upon their color and luminosity.  The star which appeared in the sky above Bethlehem on that glorious night falls under the O or B classification, the rarest and brightest of all the stars in the universe.  Once a star depletes its hydrogen supply, they are downgraded and this declassification is a signal that their end is near.  In entertainment, Hollywood or professional sports, as one stars falls, another is in the background, ready to quickly steal their spotlight.

On March 14th, 1981, one such star destined for greatness was snuffed out.  Skip Dillard was a free throw away from becoming a top 10 pick in the NBA Draft, as his #1 ranked Depaul Blue Demons were on their way into the Sweet 16 of the NCAA Basketball Tournament, referred to as March Madness today.  In the days of endless One and One’s, St. Joseph’s of Philadelphia kept fouling Depaul players late in the second half, who then began missing the front end, their first shot, allowing the Hawks to rebound the ball after only one free throw attempt.  As Depaul’s big lead shrunk to one in the closing seconds, all Skip had to do was make one shot at the line to secure a tie, prior to the existence of 3 pointers and two free throws to close out the game.  Called “Money in the Bank” by his teammates, Skip’s shot fell short, St. Joe’s rebounded the miss, got the ball quickly up court and made a shot at the buzzer to stun Depaul.  This nightmare became reality for Skip who responded to this setback by becoming addicted to cocaine and committed 15 armed robberies to support his habit, resulting in an 11 year prison sentence according to the Chicago Tribune.  College players like Magic Johnson and Larry Bird stole Skip’s fame as the media realigned the stars for these 2 NBA Hall of Famers.

When you are young, thinking you are invincible is a common mindset.  As I watch college sports on television or listen to my youth baseball players chat before and after a game, many think too highly of themselves.  Instead of being a voice of reason, parents often add to their child’s delusion, believing their daughter or son is the best player on the team.  Maybe the thought that their child’s athletic career is a lottery ticket for life instills in many parents a glimmer of hope.  However, these same parents often baby and or spoil their children, not providing an atmosphere of discipline, mental toughness and work ethic necessary to make good athletes great and elite players, stars at the college level.  If you analyze any NFL draft, its clear that talent doesn’t always translate onto the professional  level.  Thus, the degree to which someone shines lies in the choices you make and in God’s grace, Deuteronomy 28:2.

Currently. my own stardom has faded with time as my attractiveness as a youth pastor left when I reached 30.  Meanwhile, a decade of teaching has aged me another 20 years, especially during my 5 year stint teaching middle school.  Despite the fact that employers may overlook me for positions due to being too old or in some cases over qualified, I cling to the words of the apostle Paul in Philippians 2:12-16.  Though I can’t control external forces, I do have authority over my personal world according to Dutch Sheets in his book Authority in Prayer.  Thus, I am aiming to shine like a star in the universe, providing spiritual light during these dark days in American History.  I am responsible for aligning my life toward God’s will, yet only God can realign the stars in the universe!