September 12th was the 17th anniversary of Bill Clinton’s famous quote, “it depends on what you mean the meaning of the what is is?”  While under direct examination during his impeachment hearing, president Clinton was trying to duck the question; whether or not he had an affair in the Oval Office with Monica Lewinsky.  There is a reason Clinton earned the nick name Slick Willy, able to overcome every scandal his critics uncovered.

With his wife’s full knowledge he kept back part of the money for himself, but brought the rest and put it at the apostles’ feet, Acts 5:2.

Conspiracy is nothing new as one could say it began in the Garden of Eden.  While Lucifer was having a seductive conversation with his wife Eve, Adam was right there with her.  Was Adam like the husband trying to tune his wife out, pretending to listen?  Or was original sin a joint effort, something Adam put his wife up to?  According to the author of Romans, Adam was to blame, failing to lead his wife away from sin.

When the woman saw that the fruit of the tree was good for food and pleasing to the eye, and also desirable for gaining wisdom, she took some and ate it. She also gave some to her husband, who was with her, and he ate it, Genesis 3:6.

Today, the line between right and wrong has been erased in many cultures.  Even the government is struggling to define the proper use of marijuana; is it a pain killer or a drug?  As this debate continues, a liberal society is leaning towards a humanistic point of view, whatever feels good is right, whatever doesn’t is wrong.  Unfortunately, until leaders lead from a biblical worldview, this downward spiral will continue.  Thus, whether people conspire or sin, the same fate finds those who fail to stand up for what’s right, James 4:17.

Posted in Truth and tagged Bill Clinton, it depends on what you mean the meaning of the what is is?, Lucifer, marijuana, Monica Lewinsky, original sin, sins of commission, sins of omission, Slick Willy, the Garden of Eden, wisdom. Bookmark the permalink.

Lying on the Line Until It Disappears

As a former teacher, boundaries are essential to define, maintain and uphold with consistent discipline to ensure a healthy learning environment.  The moment this line is challenged, pushed or questioned, reason must be ready to account for these dissenters.  If seeds of doubt enter this discussion, lying spirits will lie on the line until it disappears.

Outside the classroom, the world has ample examples to illustrate this fact.  Do you remember when Bill Clinton, during his impeachment hearing responded, “it depends on what the meaning of the word is is?”  Unfortunately, this has become a common tactic for politicians to avoid answering the question at hand.  Bobbing and weaving like a champion boxer, truth is disappearing as lying is blocking the line of integrity.

Where did honesty go?  Do we have to put out an APB, all points bulletin, to locate it?  Perhaps, communities need to begin to police each other, like the old days when every child had multiple parents where there’s wasn’t around.  Instead of justifying poor actions, making excuses for bad behavior and playing the victim card, individuals need to start Lent early by giving up lying before the line of right and wrong disappears forever.

During the Clinton Administration, 1993-2001, America citizens were less intrusive.  When rumors of affairs, murmurs of  sexual misconduct and witnesses of past improprieties began to come forward, many people protested, claiming the president has a right to his own privacy.  The talking points in the media were clear, “as long as you work hard, give your all each day, everyone, including the president of the United States has the freedom to do what they want on their own time.”  As Dorothy proclaimed to her dog Toto upon landing in Oz, “we’re definitely not in Kansas anymore!”

This is how I felt last night while driving home from work when I heard the news Adrian Peterson, star running back for the NFL’s Minnesota Vikings was arrested for spanking his child.  After one of his children pushed another out of the way while playing on a swing seat, Peterson choose to discipline his son, following in the footsteps of his parents.  Maybe he got carried away, but Adrian was simply trying to practice a biblical principle, Proverbs 22:6.  Surely, the state of Texas would understand this?  At least in the past they did, yet not now and not today in this culture of chaos.

If Adrian is guilty, then maybe the authorities need to go after the founders of Scared Straight and Beyond Scared Straight?  I’m kidding!  Remember when you could tell a joke, say something funny or sarcastic and not have to worry about the social police from shutting you down.  Anyway, my point is that spanking is a form of scared straight, associating pain with punishment.  My father used a paddle with a steel insert from his college fraternity.  As a former college football player, sure my butt was paddled a few times, yet I was a quick learner, acknowledging the importance of honoring your father and mother.  I’m not sure what’s next nor can I recommend a clear cut solution.  Nonetheless, now that I’ve seen everything, I sense Jesus’ return is closer than its ever been before.

According to the United States Golf Association Museum, the term mulligan originated from one of 3 potential sources.  David Mulligan, a regular at St. Lambert Country Club in Montreal, Quebec didn’t like his tee shot on the first hole one day so he re-teed trying to correct the mistake on his first swing.  While he called his second tee ball a correction, his playing partners dubbed this shot a “mulligan.”  Meanwhile, John “Buddy” Mulligan was a member of Essex Fells Country Club in New Jersey.  Developing a reputation for replaying poor shots, some claim this term was founded by Buddy himself.  Finally, since Mulligan was a common last name of Irish immigrants, others believe this term initiated from an Irish golfer playing somewhere in the Northeastern part of America in the early 1900’s.  Whoever coined this phrase, a mulligan is another name for a do-over, a second chance at redemption. 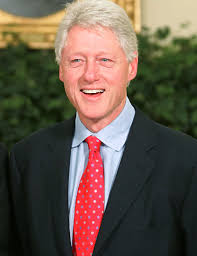 During his 2 terms as President from 1993-2001, Bill Clinton became an avid golfer.  This love for the game of golf has led Bill to Host the Humana Challenge, this week’s PGA tour stop beginning January 17th-20th in La Quinta, California, formerly known as the Bob Hope Desert Classic.  President Clinton is also passionate about mulligans, something he often abused during his rounds of golf as president.  In fact, some of his playing partners over the years of his presidency began to rename mulligans Clintons.  Today, golf fundraisers all across America use a scramble format, allowing participants a chance to purchase mulligans so that their team score might have a better chance of winning the grand prize.  Whatever the final result, mulligans make the game of golf much more enjoyable for the average amateur golfer. 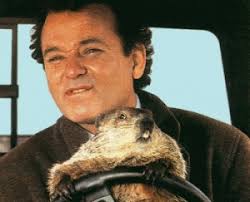 The prophet Jeremiah eludes to mulligans in Lamentations 3:22-23.  However, in this context he is referring to a spiritual mulligan.  Although you may have a bad day, either failing and or sinning, God wipes your slate clean every morning.  Like resetting a video game after getting off to a poor start, God is able to erase any bad shot or sin from His memory, Psalm 103:11-12.  Hollywood’s version of mulligans is demonstrated by Bill Murray in Groundhog Day as he kept reliving the same day over and over until he got it right.  Unfortunately for human beings, the Bible tells us we will never get it right according to Romans 3:22-23.  Yet, like the words of Jeremiah, the apostle Paul reminds mankind that Jesus became our bad shots in life, our sin, so that we might have a chance at redemption, Romans 3;24-26.  Placing your faith in Jesus is the only way to obtain a spiritual mulligan, Matthew 16:25-27.