The 2006 film Amazing Grace details the life of William Wilberforce.  Wilberforce was an English politician, philanthropist, and a leader of the movement to stop the Atlantic slave trade.  Despite battling health issues, Wilberforce persisted through initial failed attempts to persuade fellow politicians.  Before his death in 1833, Wilberforce was responsible for steering anti-slave trade legislation through the British parliament.

“The Bible is my ultimate appeal… slavery is contrary to the example and precepts of our body and merciful Redeemer, and of his apostles… Slavery then is a national sin,” Angelina Grimke.

Fourteen years before the Civil War began, a woman from the south felt compelled to make an appeal to Christian women who also lived in the south.  Using the Bible as her main point of reference, Angelina Grimke wrote letters to persuade other believers.  One of these letters is on display at the Museum of the Bible in Washington, DC.  Excerpts from the quote above can be found within a display on the Bible’s impact on ending slavery.

For freedom Christ has set us free; stand firm therefore, and do not submit again to a yoke of slavery, Galatians 5:1.

The apostle Paul makes a similar appeal during the first century.  However, the context of the passage above refers to spiritual slavery.  Some churches, denominations and leaders used fear, legalism and peer pressure to make followers conform to their demands.  A group known as the Judaizers began to infiltrate the church at Galatia.  This sect held on to Jewish rituals, adding circumcision to salvation by forcing members to comply.  This practice goes against free will as God doesn’t force individuals to do anything.  Rather, God gives people the choice to accept or reject Jesus.  Any teaching that strays from this is a form of slavery according to Paul.  Just as Angelina Grimke makes her ultimate appeal, God longs for souls who hunger and thirst for the Bible to avoid falling prey to ungodly beliefs.

More Than a Bell

Nearly twenty years ago I worked directly across the street from the Liberty Bell, driving by it six days a week.  To a certain extent, I took this local landmark for granted, just another piece of scenery on my ninety minute commute home.  Two years after leaving this position, National Treasure debuted in theaters.  Nicolas Cage and Justin Bartha play treasurer hunters, Benjamin Gates and Riley Poole, searching for a treasure left behind by several founding fathers who were Free Masons.  In this film, the Liberty Bell holds a clue, the next piece to a puzzle that ultimately leads to a hidden vault underneath a church in New York City.  Yet, this two thousand pound structure made out of copper and tin is much more than just a bell.

In 1751, the Pennsylvania assembly ordered a bell for its State House, today’s Independence Hall.  The assembly chose a biblical inscription from the Bible that proclaims “liberty throughout the land,” Leviticus 25:10.  This bell would become an emblem of American independence.  One century later this bell also served as a symbol of the anti-slavery movement during the Civil War.  Initially, the Liberty Bell summoned Philadelphia lawmakers to their assemblies and local citizens to public announcements.  Today, over five million visitors travel to Independence National Historical Park to see this national treasure.

The Spirit of the Lord God is upon me, because the Lord has anointed me to bring good news to the poor; he has sent me to bind up the brokenhearted, to proclaim liberty to the captives, and the opening of the prison to those who are bound; Isaiah 61:1.

The context of the phrase “liberty throughout the land” comes from an Old Testament practice known as the Year of Jubilee.  The symbolism of this celebration is based upon freedom, setting anyone living in bondage or enslaved free.  Every fifty years on the Jewish calendar, the Jubilee cancelled any outstanding debts.  Thus, slaves were allowed to return to their homeland without being forced to return.  When you add the year of Jubilee to the end of slavery in America, the Liberty Bell has duel meanings.  If you ever have a chance to visit Independence National Park in downtown Philadelphia, Pennsylvania, remember that this monument is much more than a bell.

The First Touch Down Celebration

Although Notre Dame often takes credits for their Touchdown Jesus mural directly behind the north end zone in Irish Stadium, there is another celebration that takes precedent.  Before the game of football, war was the main sport, battling for survival on open fields to see who was superior.  Yes, even prior to Goliath’s surprise collapse to David’s slingshot, there was a noteworthy day not to be forgotten.

According to Exodus 17:8-15, the Israelites met the Amalekites in the valley at Rephhidim.  Similar to a civil war battle, swords replaced muskets and canons.  High above the action, stood Moses, Aaron and Hur, praying for God’s side to be victorious.  As long as Moses’ hands were held high, Israel stayed in the lead, Exodus 17:11.  The moment he lowered his hands, the Amalekites began to take back momentum.  Unable to lift his hands high on his own, Moses called on Aaron and Hur to prop his arms up in a steady position.  By night fall, Israel delivered the knock out punch, spurred on to victory by the prayers and lifted hands of 3 men.

No, this isn’t a beer commercial about superstitions.  Nor is this a football game that ended on a last second field goal in overtime.  This is simply the first touchdown celebration, 2 hands held up high to the heavens, thanking God for today’s victory.  The Lord thought so much of this day that he urged Moses to write an account of this event so that those not in attendance could one day marvel at the power of the Almighty God, Exodus 17:14-15.  Instead of creating a statue like Touchdown Jesus, Moses built an altar for Jehovah Nissi, which means, “the Lord is my Banner!”  The next time your favorite team scores a field goal or touchdown, remember to lift your hands high like Moses, thanking God for the good things on earth, James 1:17. 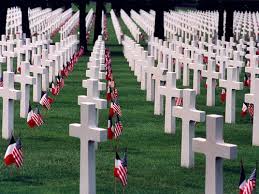 Like a feud between siblings, the origin of the first Memorial Day celebration is clouded by history, with over 25 American cities taking credit.  The initial holiday was coined Decoration Day, based upon a 1867 hymn Kneel Where Our Loves Are Sleeping.  Inspired by the end of the Civil War, ladies of the South decorated the graves of dead confederate soldiers.  Although president Lyndon Johnson officially declared Waterloo, New York as the birthplace of Memorial Day in 1966, the debate continues today as several cities had spontaneous celebrations back in the 1860’s. 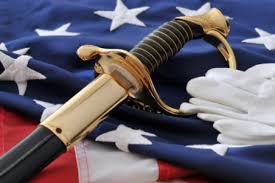 Acts 10:4 introduces another memorial day, one with a spiritual background.  Legalism within the Jewish faith had exploded by the first century, creating social barriers between Jews, Gentiles and half-Jews due to inter marriage.  Like a leper, outcast by society, Gentiles were not initially accepted by the 12 apostles, who focused on reaching all the Jews within Jerusalem, Acts 1:8.  However, the persecution led by Saul caused early church leaders to shift directions in Acts 8:1-4 toward believers located in Judea and Samaria.  When the time had arrived, the prayers of a Gentile named Cornelius were answered. 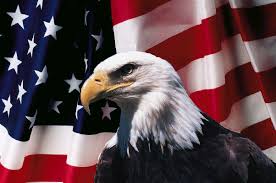 An angel of the Lord came to Cornelius in a vision one afternoon, Acts 10:3.  While silent for years, God brings him great news.  Cornelius’ prayers and gifts to the poor have not been overlooked, brought to light in a memorial offering.  The final touch is communicated to Peter in a vision found in Acts 10:9-16.  This occurred so that legalism of Jewish Christians would be broken, lifted to welcome any Gentile into the kingdom of God.  Since Jesus died once and for all for all sin, 1 Peter 3:18, as a memorial offering for mankind, God’s goal was to eliminate cliches, factions and social barriers within the church, Colossians 2:20-23.  In view of this, don’t let holiday shopping, weather or worldly ways keep you from offering up a Memorial Day prayer!