Waiting on the Night to Fall

Like criminals, Satan plans out his attacks well in advance.  Although not everyone is successful, each serves a purpose, trying the wear individuals out.  Once a saint ventures out on their own without the armor of God, they become vulnerable regardless of how godly a man or woman may be.  Essentially, Lucifer is waiting on the night to fall.

Satan rose up against Israel and incited David to take a census of Israel. – 1 Chronicles 21:1

Exhibit A, take a successful leader of Israel like King David in 1 Chronicles 21:1.  Victorious in battle over a nation with giants, Philistine, David’s mind begins to ponder, “look what I’ve done.”  David mistook God’s blessing for his own success.  Instead of acknowledging the true source, Satan preyed on David’s thoughts, sowing seeds of pride.  According to this passage, this idea gave birth to sin, James 1:13-15, just like Adam and Eve in the Garden.

Jesus turned and said to Peter, “Get behind me, Satan! You are a stumbling block to me; you do not have in mind the concerns of God, but merely human concerns.” – Matthew 16:23

Exhibit B may even be more powerful, found in Matthew 16:13-23.  Peter goes from the hero of this passage to the goat in the course of a few minutes.  Perhaps, Peter’s mind also became corrupted, puffed up by the notion he was the only disciple who professed Jesus to be the Son of the Living God.  Peter’s failure is exactly why the apostle Paul adds 2 Corinthians 10:3-5, making sure that all believers take their thoughts captive since he knows the devil is waiting on the night to fall.

During my last summer as a boy scout, I spent a week canoeing 50 miles in the Canadian wilderness.  To reach our goal, our troop had to average just over 7 miles a day to complete this journey.  Due to a few stormy days, one day was stretched to 10 miles after whitecaps, 3 feet high at times, through a curve ball into our original plans.  Once leaving our guide at the boat dock, our scout master had the only map of these foreign bodies of water.  Faith, trust and hard work was to key to finishing this adventure.

After graduating college, I faced a similar dilemma, but this time I endured uncharted territories, not 100 % sure where to go, what to do and how to survive living on my own.  Although I had friends who had made a smooth transition to this next phase in life, I thought finding a full time job would be much easier.  My greatest fear was settling for something less than ideal, but not waiting too long to decide.  Finally, like a master navigator, God provided the perfect position in Columbus, Indiana.  While having one of the best summers of my life, I treated my new position like a sprint instead of a marathon, eventually burning myself out after 15 months due to immaturity.

Twenty years later, I feel as if I am living the lyrics to Willie Nelson’s song “On the Road Again.”  Some where along the way, doubt has crept into mind whispering words of confusion.  Whether you are new parents driving home from the hospital with your first child, starting a new job or looking for purpose and meaning in life, uncharted waters await you.  Although waves of uncertainty may come crashing around you, James 1:6, there is a living God who can lead you beside still waters, Psalm 23:2.  Whatever trial is currently staring you in the eye, may the God of the Bible help navigate you through life’s storms so you may experience the gift of eternal life, Romans 6:23.

Know What You’re Looking For 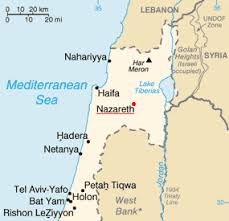 A man and a woman’s idea of shopping are often world’s apart.  Women tend to enjoy the experience, searching for bargains, savings and obtaining the best deal.  Meanwhile, men tend to follow what I call the “In and Out Philosophy;” going into a store, buying what you’re looking for and getting out as soon as possible.  Unfortunately, not all stores carry the product you are searching for or don’t have them in stock when you need it. 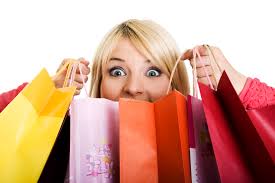 Like shopping, stereotypes often tamper with your beliefs.  It only takes one negative experience to shift your trust from one store to the next or from one person to another.  Dirty laundry has always existed, usually developing into reputations that influence your opinion about someone, something or a specific retail store.  However, be careful that you don’t fall prey to gossip or else you might miss what you are looking for.

According to John 1:43-46, Nazareth did not have a ringing endorsement, especially from those who lived outside of this first century town.  Buying into the hype, Nathanael became narrow minded, disregarding anyone who had been born or raised here.  If it wasn’t for his friend Philip, Nathanael might have gone through life like Jesus’ own brothers and sisters, who rejected the idea that he was the promised Messiah.  Instead, be like Andrew and Peter in John 1:40-41, who knew what they were looking for and once they found Jesus, quickly followed the Son of the Living God!