Everyone reaches a point where you lose touch with an opposing point of view.  During one of my final years of teaching, let’s just say I had a class of unique 9th graders.  My regularly scheduled lesson plans weren’t working so I was forced to adapt, developing a debate style of curriculum to engage these students.  Despite a few heated moments, I was pleasantly surprised to discover I did have things in common with opposing worldviews.  This is one of the positive outcomes when you learn to debate with class, not clash.

But in your hearts honor Christ the Lord as holy, always being prepared to make a defense to anyone who asks you for a reason for the hope that is in you; yet do it with gentleness and respect, 1 Peter 3:15.

Unfortunately, there is a growing movement within higher education to replace debate with protests.  Instead of accumulating and debating the facts, students are being encouraged to rise up against injustice, offensive symbols and if necessary incite violence.  The end goal is to pressure public officials to give into their demands.  As leaders abandon principles by giving into this pressure, the more successful this approach becomes.  This is what happens when you allow clashing to reign.

Keeping a clear conscience, so that those who speak maliciously against your good behavior in Christ may be ashamed of their slander, 1 Peter 3:16.

So which practice is better, to debate with class or clash?  Is having a national debate with both sides present the best option?  After all the evidence is conveyed, individuals can decide which argument is more convincing.  Or should we can leave things the way it is, allowing social media to set the daily narrative.  Meanwhile, anyone who doesn’t adhere or agree with Progressive views is demonized, stigmatized or trashed.  Is the opposition afraid of debating controversial topics?  Is it that the truth will expose flawed worldviews?  Whatever the reason, I pray that Americans will return to a more civil style of debate with class.

Don’t Be So Hysterical

Crazed, distraught and frantic are words associated with hysterical.  In this day and age, if you post, say or tweet something contrary to the secular worldview, the mainstream media goes bonkers.  Instead of participating in an honest debate of ideals, individuals on the wrong side of political correctness are attacked, defamed and trashed publicly.

But in your hearts honor Christ the Lord as holy, always being prepared to make a defense to anyone who asks you for a reason for the hope that is in you; yet do it with gentleness and respect, 1 Peter 3:15.

One of Jesus’ disciples explains the appropriate way to convince others who currently disagree with you.  Peter talks about being prepared for various questions opposing views may ask you.  This requires research, study and words of wisdom.  Nonetheless, when someone refuses to come to your side, gentleness and respect must be offered.

Now these Jews were more noble than those in Thessalonica, for they received the word with all eagerness, examining the scriptures daily to see if these things were so, Acts 17:11.

As a former teacher, its sad to see the immaturity that exists when it comes to debate in this country.  College students who are fearful of opposing worldviews are offered safe spaces on campuses to protect their minds.  Meanwhile, conservative voices are being silenced, with many having their freedom of speech revoked and shut down by protesters.  If only more people would emulate the practices of the Bereans perhaps this current state of hysteria might end.  As for now, apply the words of Peter by sharing your views with gentleness and respect.

In 1981, James Ingram provided the vocals for the song Just Once on Quincy Jones’ album entitled The Dude.  This song appeared in many movies during the 1980’s, often portraying heart break to close out a scene.  The context of these lyrics reveal just how fragile earthly relationships are, falling apart over the course of time.  However, indirectly, this song also touches on several biblical truths about mankind’s severed connection with God. 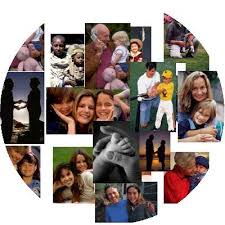 “Just Once” lyrics in BOLD print.

According to the Bible, there is nobody good enough, not even one, Romans 3:9-12.  Thus, no matter how hard I or you try to be good, it’s impossible not to sin.   Whatever good intentions you might have as you get up each and every day will fade when anger, disappointment or frustration comes your direction.

The conception of sin has alienated individuals from God, banished from God’s presence just like Adam and Eve in Genesis 3:23-24.  This separation is what the Bible refers to as spiritual darkness, like Nicodemus in John 3:1-9, blind to the spiritual reality Jesus was trying to communicate.
Wondering if we ought to stay
Or head on out the door

For 10 years as a Bible teacher, I heard students ask, “why has God abandoned me?”  While I wasn’t exactly sure how to answer each person with gentleness and respect, most leave God, not vice versa.  The devil uses bitterness to shift the blame toward God, not themselves.

The apostle Paul illustrates a similar struggle in Romans 7:15-17.  Until he added Jesus into this equation, Paul kept committing the same mistakes, over and over again.

Humanly speaking, effort is not what most people lack.  The wages of sin result in the payment of death, Romans 6:23.  Although some call it magic, what Jesus did on the cross is a miracle, Colossians 2:13-15.

The only way to break through is by becoming born again, Galatians 2:20.  Any other attempts to enter God’s gates through another route will fail, John 10:7-10.

Whenever you pull a Hagar, by forcing a relationship without God’s assistance, Genesis 16:2, negatives consequences follow.  Just ask the Israelites, as Ishmael became the father of the Arab nation, which ultimately wants to destroy the Jews today.  However, with God, everything is possible, Matthew 19:26.  Therefore, Lord, just once, on this day, make your presence real to those searching for true meaning and a higher purpose in life.