The Secret of a Heart Laid Bare

Until high school, a severe speech impediment kept me from pouring my heart out to others. While my neighborhood friends knew how competitive I was, fear of stuttering prevented me from going beyond surface level conversation. I guess you can say the longer I waited to come out of my shell, anticipation to finally express my inner feelings became like a pressure cooker. When this opportunity arrived, I was ready to become vulnerable.

The heart is deceitful above all things, and it is exceedingly perverse and corrupt and severely, mortally sick! Who can know it [perceive, understand, be acquainted with his own heart and mind]? 10 I the Lord search the mind, I try the heart, even to give to every man according to his ways, according to the fruit of his doings, Jeremiah 17:9-10.

As I received invitations to attend Christian camps, lay witness missions and retreats, my heart began to open up, laid bare to complete strangers. I reached a point in life that I no longer cared what others thought about me. Instead of being fake or playing it safe, I immediately opened up to those who I clicked with or related to. Perhaps, this explains why I developed friends so quickly. These friendships propelled me to become a faithful letter writer in college, pouring my heart out via pen every week.

The secrets of his heart are laid bare; and so, falling on [his] face, he will worship God, declaring that God is among you in very truth, 1 Corinthians 14:25.

My vocal coming out party coincided with my decision to become a Christian in the middle of my sophomore year of high school. According to the apostle Paul, as you begin to truly worship God, human hearts are laid bare. As I drew closer to God, I became willing to live my life as an open book. Some of my most intimate conversations on earth began with a innocent walk. The moment someone began to confess their sins or unload secret scars from their past, an instant bond is formed. As Christians learn to keep in step with God’s Spirit, hearts will continue to be laid bare.

When You’re Hot… Shut Your Mouth! 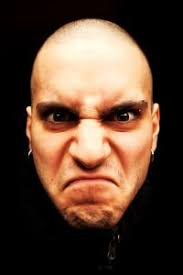 Whether you speak, tweet or text, I’m sure everyone wishes they could take their words back on occasion.  In the heat of the moment, if the wrong button is pushed, you can snap.  The venom behind these outbursts are often regretful, expressing your true feelings without any restraint.  The best advice when you are hot under the collar is to shut your mouth or trap depending upon the figure of speech you heard as a child. 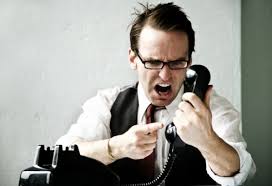 Mom’s were right to suggest, “if you don’t have anything nice to say, don’t say it!”  If only Noah could take his words back in Genesis 9:24-25, cursing Ham, one of his 3 sons.  After magnifying an embarrassing situation, Noah flipped out on Ham, possibly still under the influence of alcohol.  As a result of this word curse in Genesis 9:25, the descendants of Ham turn out to be the first inhabitants of Nineveh, Philistine, Sodom and Gomorrah.  What a motley crew as evil begot evil.

However, what if Noah settled down before talking to his son?  Maybe the eternal destinations of these citizens would be different.  Unfortunately, Ham did not receive his father’s blessing like his 2 two brothers.  Becoming the black sheep of the family, this resentment was likely passed on in the form of a generational curse, Exodus 20:5, leading to a root of bitterness.  Gary Smalley and John Trent write about the power of words in their book The Gift of the Blessing.  One the greatest things a father can do in life is passing on to their blessing to each child.  Yet, when anger interferes, one must careful not to allow emotion to impact what you say.  Follow the words of Jesus’ little brother in James 1:26 so that the next time you are hot, you will shut your mouth, avoiding the legacy that Noah left behind for Ham.