Tag Archives: a state of worship

From time to time, I will open up the Bible and read something that I have never seen before. Yesterday, I came across the theological term Shekinah. The translation of the Bible that I have relied upon most of my life, the NIV (New International Version), translates this word into English. This skipping over of Shekinah makes me feels cheated, unaware of the glory of the divine presence until this week.

For they are Israelites, and to them belong God’s adoption [as a nation] and the glorious Presence (Shekinah). With them were the special covenants made, to them was the Law given. To them [the temple] worship was revealed and [God’s own] promises announced, Romans 9:4.

The original Hebrew term šekīnah was Romanized to become Shekinah. The English transliteration of this term denotes the dwelling or settling of the divine presence of God. According to the apostle Paul, this was revealed to Roman Christians in the temple as believers were worshipping the Lord. My awareness of this expression from rabbinic literature has inspired me to seek Shekinah as I worship the Lord going forward.

I appeal to you therefore, brethren, and beg of you in view of [all] the mercies of God, to make a decisive dedication of your bodies [presenting all your members and faculties] as a living sacrifice, holy (devoted, consecrated) and well pleasing to God, which is your reasonable (rational, intelligent) service and spiritual worship, Romans 12:1.

Three chapters later, the apostle Paul provides instructions on how to achieve Shekinah. Worship shouldn’t be limited to a building on Sunday. Rather, worship should be a constant state of mind, seeking to become a living sacrifice devoted to God. While this is an objective goal to pursue, the book of Psalm is filled with acts of worship. Whatever advice from the Bible that you follow, make sure this includes bowing down and kneeling before the Lord, Psalm 95:6, waiting for Shekinah to arrive.

Posted in Truth and tagged a state of worship, achieving Shekinah, objectives, Reading the Bible, Shekinah, the glory of the divine presence of God, Worship. Bookmark the permalink.

Microbiology suggests lips protect the mouth, communicates body language based upon their positioning and serves as a mechanism to feel, touch and taste.  As a highly sensitive body part, lips often need natural moisture, an exterior balm or vaseline to prevent dryness and cracking.  As a gateway to the mouth, lips can warn your body when something is too hot or possibly harmful to you. 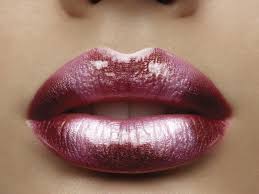 From a spiritual perspective, lips are given a great responsibility according to Exodus 13:9, “the law of the Lord is to be on your lips.”  The etymology of the expression “bite your tongue” refers to a rebuke when an individual makes a rude or unpleasant comment.  However, if you close your lips, zipper tight, lips can steer your mouth in the right direction like a bit, James 3:3-6.  Solomon understood this principle expressed in Proverbs 13:3, “He who guards his lips guards his life, but he who speaks rashly will come to ruin.”

In the days of his youth, David was a gifted musician, 1 Samuel 16:18-23.  In fact, the footnote above Psalm 8 suggests David was a music director, possibly prior to becoming king.  Caught up in a state of worship, the spirit of the Lord moves David to make the following admission, “From the lips of children and infants, you have ordained praise because of your enemies, to silence the foe and the avenger,” Proverbs 8:2.  Whether you are currently happy, sad or stoic, may this blog inspire you to live out the words of Psalm 119:171.

Posted in Uncategorized and tagged a state of worship, balm, bite your tongue, body language, etymology, feel, guard your lips, horse bits, inspire, Microbiology, moisture, music directors, musician, rude or unpleasant, spiritual, steering, taste, the law of the Lord, the mouth, the spirit of the Lord, touch, vaseline. Bookmark the permalink.
%d bloggers like this: