An Angel and The Shepherd 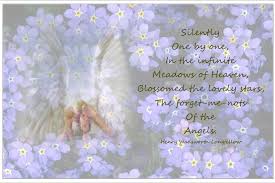 There are some amazing true stories in the Bible, especially those who encountered Jesus like a date with destiny.  However, I stumbled across a new one this morning, intriguing yet mysterious.  According to Genesis 48:15-16, Jacob, whose name was changed to Israel, shares a story of 2 people who protected him.  On his deathbed, Israel briefly mentions a shepherd and angel, possibly one and the same.

Israel refers to God as his shepherd, safely leading, protecting and providing for him like the promise within Psalm 23:1-4.  In fact, one may go out on a limb, claiming that David’s words may have been part of oral tradition, a reminder of God’s provisions of his forefathers: Abraham, Isaac and Jacob.  Either way, Israel clearly recognizes God’s providence over his life, delivering his family from starvation during the 7 year famine when his son Joseph becomes governor of Egypt.

The second character is more difficult to understand due to the lack of information in this passage.  An English teacher will look at the capital A in Genesis 48:16, suggesting that this angel is likely God.  However, theologians might conclude Moses wanted to include God’s head angel, possibly the archangel Gabriel or Michael.  Although it would be nice to know who Israel means, one thing is clear.  This angel saved him from Esau’s anger, being wronged by his Uncle Laban and guided Israel throughout his life like a guardian angel.  Thus, whether you or young or old, don’t forget about the God who serves as both an angel and shepherd.